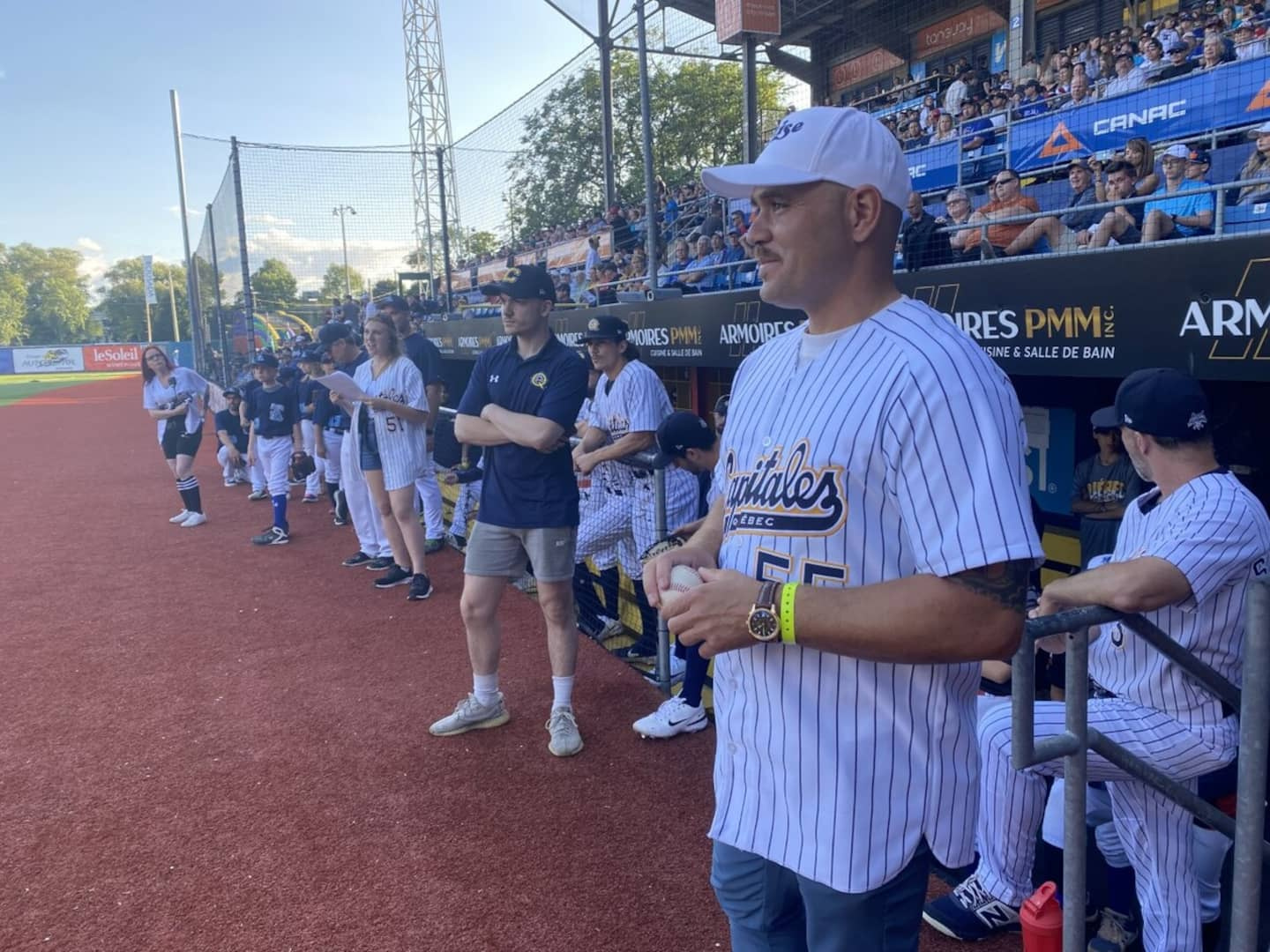 • Read also: Donaldson has the upper hand over Devers

Baseball fans returned the favor with a warm applause during the pre-game ceremony against the New York Boulders.

"As my first experience on the terrace here, I loved it, it's a great baseball atmosphere," Martin said of his time at Stade Canac. Even if I haven't played for a few years, I don't think much about my past, but in an evening like this, it makes you feel emotions.

A video summarizing the career of the former number 55 was broadcast on the giant screen located in right field.

"It's moving and touching to see him here," noted Michel Laplante, president of Les Capitales. For me, he is a player who had an impeccable work ethic and his legacy goes beyond baseball.

Earlier in the day, Laplante also had the opportunity to rub shoulders with Martin on the course of the Royal Quebec Golf Club, in the company of the general manager of Les Capitales, Charles Demers.

"A tough loss on the 18th hole," summed up Martin, laughing.

“It's such a difficult sport, you can never be satisfied, chained the one who played 14 seasons in major league baseball. But this year I did something that I didn't believe was possible until much, much longer, I played below par. Once. A score of 71, I surprised myself.

It doesn't matter the stick or the ball, an athlete remains an athlete...

Martin, 39, had formalized his retirement from baseball last May, turning the page on a chapter of his life that lasted 14 seasons. On July 1, as part of Canada Day, the Quebecer had instead been welcomed by the organization of the Blue Jays, in Toronto, before a meeting against the Tampa Bay Rays.

In addition to playing for the Jays from 2015 to 2018, Martin also played for the Los Angeles Dodgers, New York Yankees and Pittsburgh Pirates during his prolific major league baseball career.

- Russell Martin was notably accompanied on Friday by his good friend Ivan Naccarata, who wore the colors of the Capitals for five seasons between 2007 and 2012. An excellent hitter, Naccarata also presented an overall batting average of .316 in 259 games with the Quebec team.

- Eric Krupa, appointed president of the Frontier Baseball League last May, was at Stade Canac on Friday evening to visit the place.

Return of the Expos: a realistic dream?

“Of course it is a dream, but is it something achievable? I don't know, he said on Friday during his visit to Stade Canac. Financially, it's hard to assess all that implies with the cost to build a new stadium, possibly with a retractable roof. But with a downtown location, a good coach and a good general manager, it would be fantastic, that's for sure.

Martin himself will have had good times at the Olympic Stadium in Montreal during his own career.

“The Blue Jays preseason games in Montreal were another dream for me, recalled the one who played for the Toronto team from 2015 to 2018. When I was growing up, I dreamed of playing at the Olympic Stadium … I keep also good memories of the matches I was going to see when I was younger with my father.

For those who, like Capitals player David Glaude, were still very young when the Expos left after the 2004 season, many memories are more tied to Russell Martin than to the Expos.

"He was an idol for young Quebecers of my generation, he was the only guy here to play major league baseball for a while," Glaude said. It was really "cool" to see him here and he came to greet us in the room after batting practice.

"If I created good memories for fans while they watched baseball games, so much the better," Martin humbly said of a possible legacy. And if I was able to influence a few young people, it's really "cool".

Another proof of his legacy: during his recent visit to Toronto, for a ceremony held on the sidelines of Canada Day, Martin saw his name awarded by Baseball Canada to the trophy for the most valuable player of the national junior team. .

“I was surprised by that,” agreed Martin.

In Quebec, the Russell Martin Trophy has already been awarded for many years by the Quebec Junior Elite Baseball League to the young player identified as the best professional prospect. Louka Daoust (2021) and Christopher Pouliot (2020) were the most recent recipients. Raphaël Pelletier, Archer Brookman, Conor Angel, Vincent Beauregard and Louis-Philippe Pelletier have previously won it. 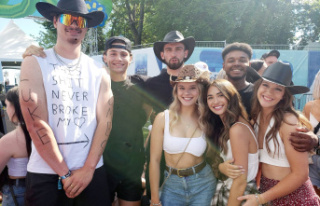