The Ukrainian nuclear energy operator has accused the Russian army of deploying missile launchers at the site of the Zaporizhia nuclear power plant in southern Ukraine to fire in particular on the Dnipro and Nikopol regions. 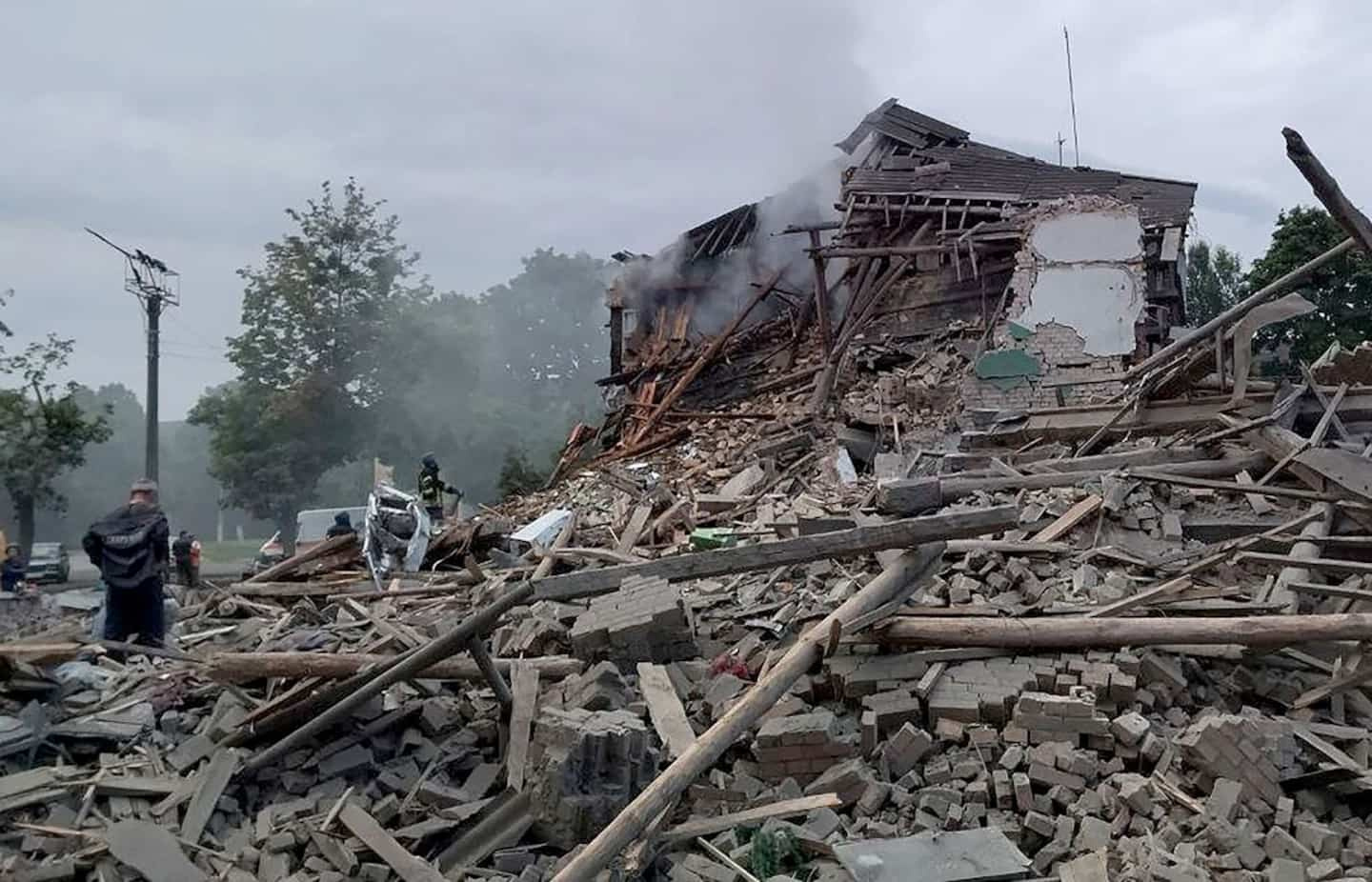 The Ukrainian nuclear energy operator has accused the Russian army of deploying missile launchers at the site of the Zaporizhia nuclear power plant in southern Ukraine to fire in particular on the Dnipro and Nikopol regions. , where deadly strikes were reported overnight and Saturday morning.

"The Russian occupiers have installed missile firing systems on the territory of the Zaporizhia nuclear power plant," Petro Kotin, president of Energoatom, said on Telegram, after a television interview on the Ukrainian channel United News.

“The situation (at the plant) is extremely tense and the tension is increasing day by day. The occupiers are bringing their machinery there, including missile systems with which they have already struck across "the Dnieper" and into Nikopol territory, 80 kilometers southwest of Zaporizhia, he said. he indicates.

Up to 500 Russian soldiers are still on the site of the plant and they "control", according to him.

The governor of the Dnipro region, Valentyn Reznichenko, denounced on Saturday “a deluge of fire in the morning” on the territory of Nikopol, with the firing of “Grad missiles on residential areas”, and 12 buildings, a school and a university. damaged.

In Nikopol, "rescuers found two dead people in the ruins," he said.

On Friday evening, the Ukrainian Air Force said Russian Kh-101 missiles were fired around 10:00 p.m. from the Caspian Sea at Dnipro, four of which were destroyed.

The southern region command center said at dawn on Saturday that the situation was "tense, but under control".

"The enemy continues to carry out offensives on formerly occupied territories, but, failing success on the ground, it is intensifying missile and air strikes," he posted on Facebook, citing Russian actions in the Kherson (south) and Odessa (south) regions in particular.

Further north, near Kharkiv, the country's second city, the city of Chuguiv was hit Friday evening by Russian missiles which killed three people, announced Oleg Sinegoubov, the governor of the region.

The Ukrainian military command for the Sumy region, some 200 km northwest of there, had reported mortar fire and shelling throughout the day in the evening, which left a total of one dead and seven injured. .

A strike on its central square, named Place de la Paix, left a two-meter crater and shattered the windows of surrounding buildings, but did not cause any casualties because it occurred after curfew, an official says. of the anti-aircraft defense of the 81st Ukrainian brigade, on condition of anonymity.

Previously, at least three strikes had hit south of Kramatorsk, towards the airport, where AFP reporters saw a large plume of smoke. From a height, they saw another above Sloviansk, a nearby town also coveted by the Russians.

The Russian Defense Ministry has accused Ukrainian forces of shelling Sloviansk under the guise of Russian strikes "in order to instill anti-Russian feelings among the civilian population".

A 24th death in Vinnytsia

But Ukraine and the international community remain reeling from the cruise missile strikes that devastated the center of Vinnytsia, hundreds of kilometers to the west, on Thursday.

The death toll from the attack was 24 on Saturday. “Unfortunately, a woman died in hospital today, she was 85% burned,” announced the governor of the Vinnytsia region, Serguiï Borzov, adding that 68 people continued to receive treatment, including four children.

"The identification of all those guilty" of this attack "has already begun", warned Friday evening the Ukrainian president Volodymyr Zelensky.

“Russian society, with so many murderers and executioners, will remain annihilated for generations, and this by its own fault,” he said.

Faced with international condemnations, the Russian Defense Ministry claimed to have targeted Vinnytsia for a meeting of the “Ukrainian air force command with representatives of foreign arms suppliers”.

A senior US defense official, however, observed, on condition of anonymity, that he had "no indication of the presence of a military target nearby".

Russia has never recognized any blunders or crimes by its armed forces in Ukraine and systematically ensures that it only hits military targets.

In Donbass, separatist forces said they were continuing to advance and were in the process of taking full control of the town of Siversk, which came under attack after taking Lysychansk further east earlier this month.

Russian Defense Ministry spokesman Igor Konashenkov told a press briefing that the "115th Mechanized Brigade of the Ukrainian Army, which operated in Siversk, was destroyed."

According to the British Ministry of Defence, "Russian forces are slowly advancing west after shelling and assaulting towards Siversk from Lysychansk, to open a path to Sloviansk and Kramatorsk."

Russian Defense Minister Sergei Shoigu visited soldiers involved in the offensive in Ukraine, the ministry announced on Saturday, without specifying the date of this visit, the second after a first in June - or if it had taken place in Ukraine or Russia.

He "gave the necessary instructions to further increase" the measures in order "to exclude the possibility that the kyiv regime will launch massive strikes (...) on civilian infrastructure and housing in the Donbass and other regions" , the ministry added.

As the repercussions of this war raise serious concerns about food security in part of the planet, US President Joe Biden on Saturday announced $1 billion in aid for the Middle East and South Africa. north.

1 Europe still overwhelmed by forest fires and heat... 2 China: new COVID-19 confinements where cases increase 3 Russian missiles fired from Zaporizhia nuclear power... 4 A judge compelled Britney Spears' father to testify... 5 “There is distress” in the health network 6 Home invasion: a 31-year-old woman pinned by the Sûreté... 7 MLB: Juan Soto would have refused $440 million 8 Russia at the G20: an arsonist in a meeting of firefighters,... 9 Lytton: Six homes destroyed by wildfire 10 An honorable defeat for Charles Jourdain 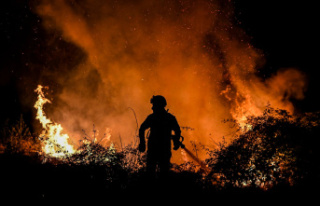