Russia on Saturday suspended the deal on grain exports from Ukrainian ports, vital to the world's food supply, as Ukraine and the United States argue they are being held hostage. 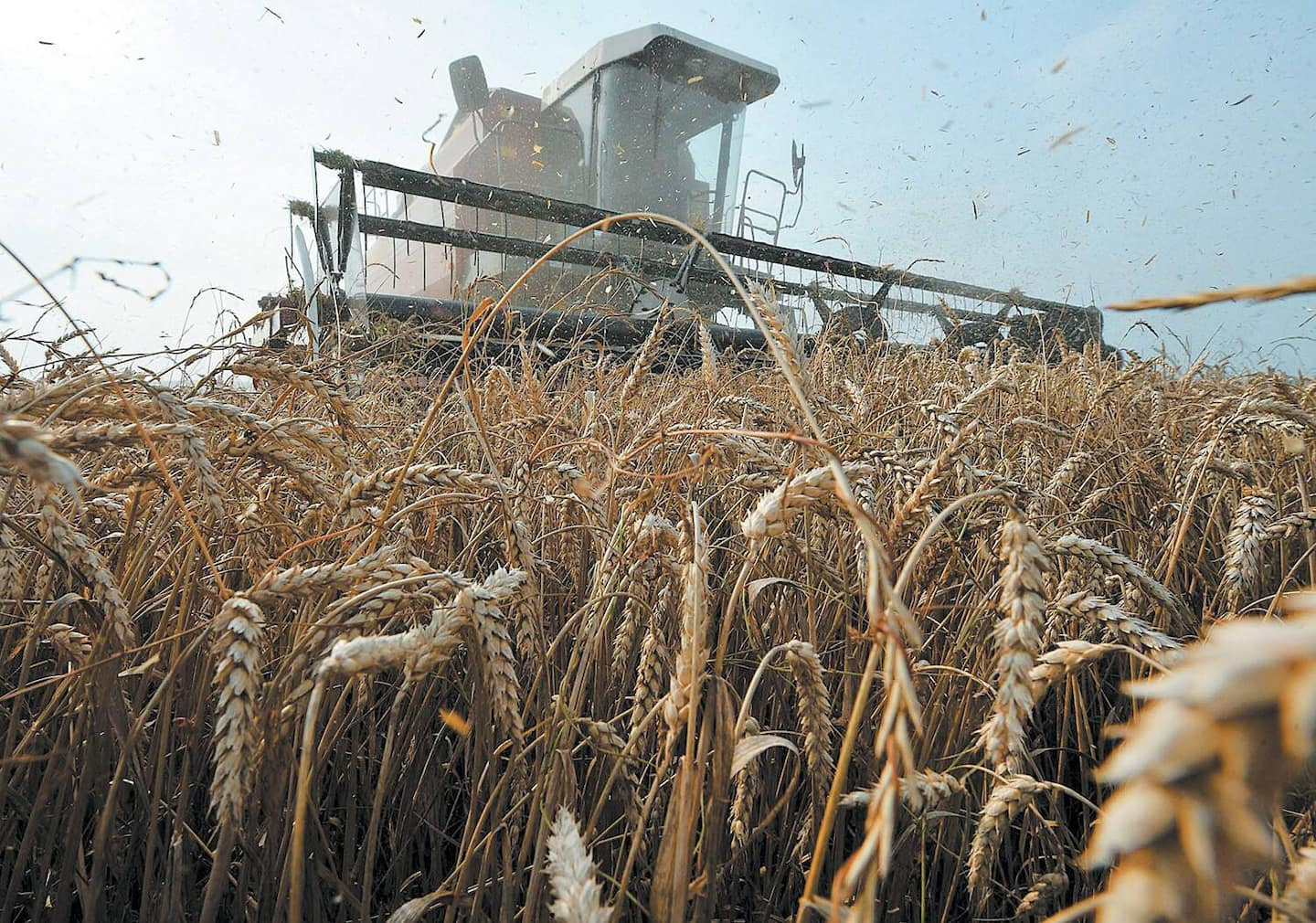 Russia on Saturday suspended the deal on grain exports from Ukrainian ports, vital to the world's food supply, as Ukraine and the United States argue they are being held hostage.

• Read also: The Russian army accuses London of being involved in the explosions on the Nord Stream gas pipelines

• Read also: Crimea: a journalist from a Russian state media killed during a shooting exercise

Moscow assures that this decision was taken after a drone attack on the ships.

Ukraine has denounced "a false pretext" and called for pressure to be exerted so that Russia "recommits to respecting its obligations" for this agreement concluded in July under the aegis of the UN and Turkey, the only agreement between Moscow and Kyiv since the beginning of the conflict.

In his daily video posted on the internet, the Ukrainian President, Volodymyr Zelensky, said that “this decision did not actually date from today”.

"Russia began to aggravate the global food shortage in September when it began to block the movements of ships carrying our agricultural products," he said.

“This is a transparent Russian intention to raise the specter of large-scale famine once again in Africa and Asia,” he added. According to him, at least 176 ships carrying more than two million tons of grain were already blocked by Moscow.

“A vigorous international response is needed. Within the UN and, in particular, that of the G20”, to which Russia should no longer be admitted, he added.

A Turkish security source, however, told AFP on Saturday evening that "Turkey has not been officially notified" by Moscow of its withdrawal from the agreement.

And in Washington, the White House National Security Council spokeswoman accused Russia of using “food as a weapon.”

"Russia is once again trying to use the war it started as a pretext to weaponize food, directly harming countries in need and affecting food prices at around the world," said Adrienne Watson.

The grain deal has allowed the export of millions of tonnes of grain stuck in Ukrainian ports since the conflict began in February. This blockage had caused food prices to soar, raising fears of famine.

The UN, guarantor of the agreement, called for it to be preserved, stressing that it had a "positive impact" on access to food for millions of people around the world.

Russian President Vladimir Putin has ramped up criticism of the deal in recent weeks, pointing out that exports from Russia, another major grain producer, were suffering because of the sanctions.

Moscow justified this suspension by a drone attack which targeted the Russian Black Sea Fleet on Saturday morning stationed in the bay of Sevastopol, in annexed Crimea.

"In view of the terrorist act carried out by the Kyiv regime with the participation of British experts against ships of the Black Sea Fleet and civilian ships involved in the security of grain corridors, Russia is suspending its participation in the implementation of the agreement on the export of agricultural products from Ukrainian ports,” the Russian Defense Ministry announced on Telegram.

Faced with these accusations, the British Defense reacted by denouncing "false information" intended to "divert attention".

According to Russian authorities, the attack took place in the early hours of Saturday with "nine unmanned aerial vehicles and seven autonomous maritime drones", causing "minor damage" to a minesweeping vessel and to the containment boom of the Sevastopol Bay.

“The preparation for this terrorist act and the training of military personnel from the 73rd Ukrainian Special Maritime Operations Center were carried out by British specialists based in Ochakov, Mykolaiv region, Ukraine,” the Russian Defense Ministry said. on Telegram.

Moscow has also accused London of being involved in the explosions that damaged the Russian Nord Stream 1 and 2 gas pipelines in the Baltic Sea in September and promised to submit the question to the UN Security Council.

“Russia has repeatedly called for a joint investigation into the attacks […]. The fact that Western countries refused this proposal confirms it: they have something to hide,” Russian foreign affairs spokeswoman Maria Zakharova said in a statement.

The British Ministry of Defense has denounced a "fabricated story" by Russia to "distract attention from its disastrous handling of the illegal invasion of Ukraine".

Shortly before the announcement of the suspension of the cereals agreement, the Russian Minister of Agriculture had once again criticized the text, accusing the countries of the European Union of monopolizing Ukrainian exports which should go to poor countries. These allegations had previously been denied by the coordination center located in Turkey.

“The grain agreement, unfortunately, not only did not solve the problems of the countries in need, but even aggravated them in a certain sense,” said Dmitry Patrushev.

In Ukraine, on the southern front, AFP journalists witnessed artillery battles in the village of Kobzartsi, the last town on the Ukrainian side before the line of contact with the Russians.

“It can go wrong there. But we know that they suffer much more on their side than on ours,” assured a Ukrainian soldier, Oleksiï, aged in his twenties.

Both sides are preparing in this area for the battle for the city of Kherson, the regional capital, from where the occupation authorities have evacuated tens of thousands of civilians, what Ukraine has described as "deportation ".

1 [IN PICTURES] At least 151 dead in a stampede during... 2 Milwaukee: Customers Dressed As Jeffrey Dahmer Won't... 3 Leader of one of Haiti's main political parties... 4 Russian military accuses London of involvement in... 5 Iran: slogans against "riots" at the funeral... 6 Crimea: Russian state media journalist killed during... 7 Sexual harassment on board submarines: the British... 8 Hong Kong: coconut water was 1.8 t methamphetamine 9 Obama versus Trump, the presidential dream 10 A Halloween for the little ones 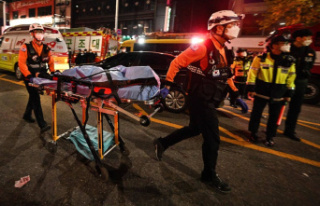