Saguenay: he drives drunk and in the wrong direction with his children

A 40-year-old man was arrested on Saturday evening after driving his vehicle in the wrong direction, in Saguenay, when he was drunk and accompanied by his two young children.

A 40-year-old man was arrested on Saturday evening after driving his vehicle in the wrong direction, in Saguenay, when he was drunk and accompanied by his two young children.

• To read also: A prison escapee arrested in a Quebec gas station

It was shortly before 11 p.m. that two patrol officers from the Saguenay Police Service (SPS) noticed the particular behavior of the individual who was traveling in the opposite direction.

The latter was intercepted on rue Saint-Louis, in Jonquière. Immediately, officers found that he was exhibiting symptoms of impaired abilities. Driven back to the police station, he "blew" more than twice the legal blood alcohol limit.

“What is special about this story is that there were two small children on board the vehicle,” explains Lieutenant Stéphane Pellerin, of the SPS.

The driver's license was already suspended and his car was not registered.

The driver was therefore arrested, a subsequent suspension of his license was added and his car was seized for a period of 30 days.

Authorities also took care of the man's children. A report to the Department of Youth Protection (DPJ) was made.

1 15-year-old takes six people hostage, including children 2 War in Ukraine: Kherson region liberated by September,... 3 Vaccination of children from 6 months to 5 years old... 4 Monkeypox can be eradicated in the US, says White... 5 LPGA: a major title for Brooke Henderson 6 Women's Tour de France: great performance by... 7 Max Verstappen crushes competition in France, Stroll... 8 Athletics: a first in 25 years for Canada 9 Brazil: Bolsonaro prepares to launch his candidacy... 10 A maximum level alert after the eruption of a volcano... 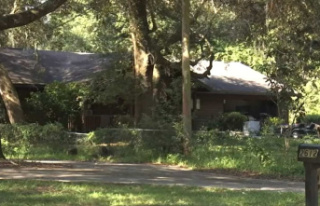