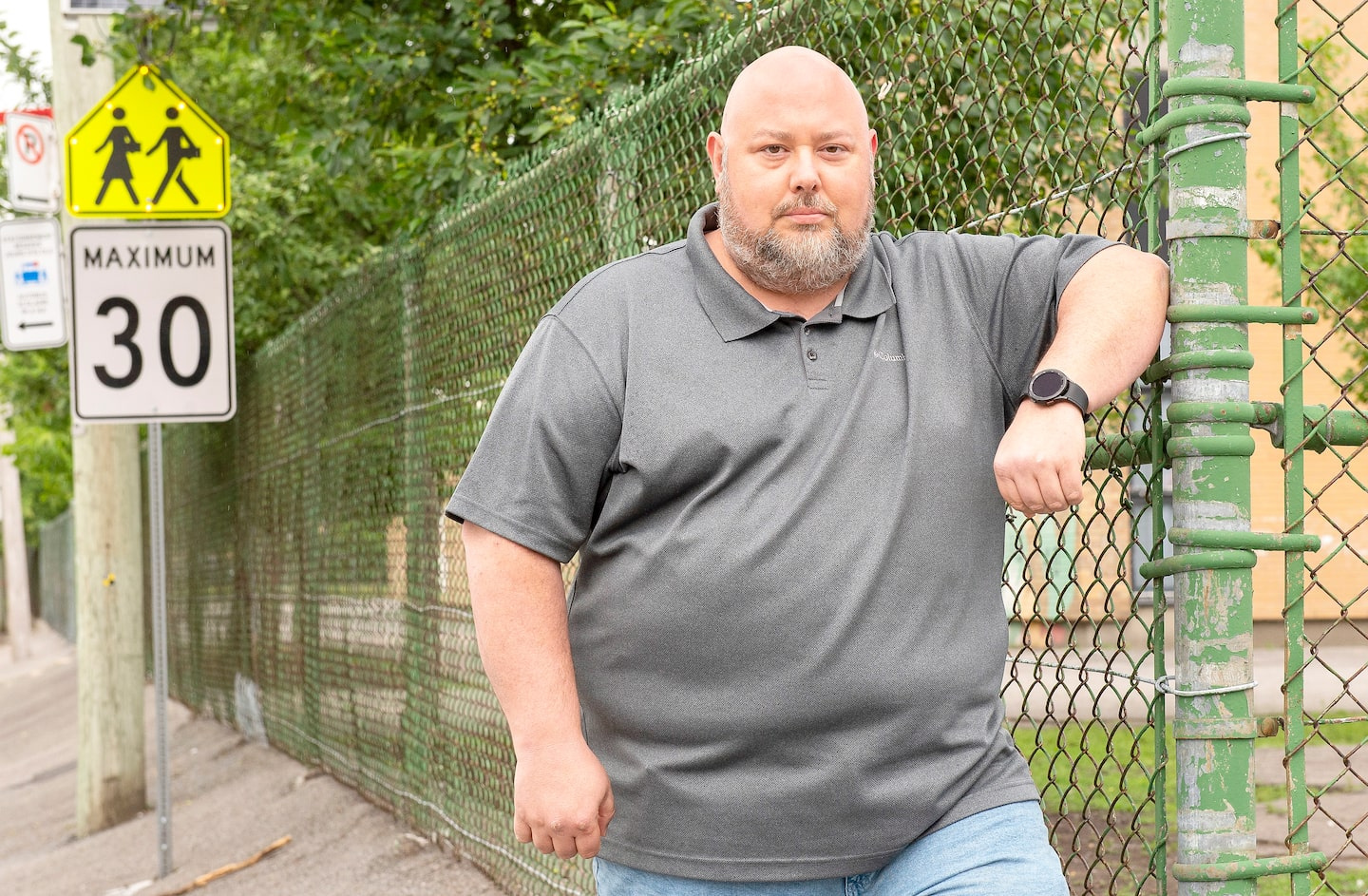 5th graders struggling to read simple text. Children who have stopped talking. Teenagers who no longer do any homework. From kindergarten to CEGEP, we are beginning to take the measure of the delays accumulated by young Quebecers due to the pandemic. Teachers testify to the most disturbing examples they encounter on a daily basis.

• Read also: It takes effort to succeed in school

This sentence, Le Journal heard it repeatedly when speaking this spring to about twenty teachers and stakeholders from several regions. Experienced workers who had seen all the colors before.

Jean-Philippe Viau has been a remedial teacher for more than 10 years in the same elementary school in Montreal with 5th and 6th graders. Before, he could count about five students out of a class of 20 who struggled to understand a text in French.

Although the last year was spent almost entirely face-to-face, normality does not seem to have returned to learning, according to those interviewed.

Many point out that it is in fact the gap between the strongest and the weakest that has widened.

“Usually I have strong students, middle and weak. There, I don't really have the means, ”notes François Régimbal, professor of sociology at the Cégep du Vieux Montréal.

When we shine the spotlight on the weakest, the portrait seems alarming in several places, particularly in underprivileged and allophone communities.

“Our young people are not doing well,” sighs Crystel*, who works as a school psychologist in Montreal.

Three students at his school have had severe mutism this year, that is, they have stopped speaking. This disorder is rare. In a normal year, there would be at most one in the entire establishment.

“We have a child in grade 5 who reads eight words per minute. That's a first year level. »

The students she sees are those having the most difficulty, which is not representative of the whole. But the severity of the cases ending up in his office has worsened.

Some children of immigrants had already fallen behind because of their migratory journey. Then, once they arrived in Quebec, the pandemic and distance schooling came to paralyze their progress again.

“Before, when a student was two years behind, we said to ourselves “oh, my god”. There, it's three or four years behind [...] I'm afraid that it won't make up for it, all that. »

In secondary school, it is the motivation and lack of organization--- of adolescents that most worries the teachers interviewed. Many admit that they had to lower their expectations.

“The pandemic has stopped everything. It's as if [young people] were still waiting,” says Pénélope*, who teaches French in Montreal.

► *Fictional names. Several workers who are not protected by a union role have remained anonymous so as not to reveal the identity of their students and to avoid reprisals from their school service centre.

Students who have completed primary in the pandemic feel that they have been doubly left on their own in their transition to secondary school due to distance education.

"It's like I've adapted, but not in the right way," reveals 14-year-old Mia Dominguez.

A teacher deducts points when an assignment is not handed in? Just write anything five minutes before class and you're done, shyly illustrates the 2nd secondary student from Montérégie.

“Young people are not crazy. They tell us: 'Anyway, I'm going to do the same,'” reports Laurence*, who teaches secondary 2 math in Abitibi.

Students who are currently in Secondary 2 were in Primary 6 when schools were completely closed in March 2020.

Several teachers admitted to being more accommodating than usual. But now that normalcy is back, so are the typical high school demands.

"I understood that I had to study to get my grades back up, but I didn't understand how to study because I never [had to]," said 14-year-old Sydney Fleury.

"I should be more independent, but I don't know how to do it," says Medhi Rougui, 14. It's as if we expected that we already are. »

The agenda, the material, the locker, the changes of premises: these are all things he did not have to think about, neither in primary school nor during virtual lessons.

Its private college operates with a point system. Every time he forgets to bring his calculator or homework, he loses points.

He has lost so much that he now fears being expelled. "It makes me sad, but I try not to think about it [...] I love this school," said the young basketball fan.

He believes he will eventually adapt, over time. His main motivation? “Don't get me kicked out. »

Traditionally, the subject for which Alloprof receives the most requests for its homework help services is math. But not since the pandemic.

This observation goes hand in hand with what many stakeholders observe, particularly in Montreal.

“I have never had students so weak in French,” testifies Mireille*, who teaches in the last primary cycle.

Some professionals have noticed such a decline in mastery in some students that they first thought it was a language disorder.

“Finally, we realized that it was just because they were less exposed to French,” says Eugénie*, who works as a psychoeducator.

Because for young people of immigrant origin, the language of Molière is not only learned in French lessons, but throughout the day. However, the confinements deprived them of all these interactions in French.

"Parents told us: 'My child has unlearned French,'" agrees the psychologist Crystel*.

“They speak a lot of English, we lose control,” says Pénélope*, who teaches French in Secondary 1 in Montreal.

She notices that more than ever, her students are looking for their words, struggling to structure their sentences, to express their ideas clearly.

In her 5th-6th grade class, Mireille* estimates that she has three students who need to be assessed because they are very late and seem to have several learning disabilities.

Of the three, she can only choose one. A “heartbreaking” choice, she admits.

Many point out that the harmful effects of the pandemic also coincide with a shortage of staff in schools. "It's an explosive cocktail," says Marjorie Racine, who teaches elementary school in Longueuil.

As a school psychologist, Crystel* is used to not being able to meet all the needs as they are great. “But there, the students identified as priority are even more priority than before. »

“But we cannot leave the most vulnerable without services. It's a terrible choice. »

Almost all of the stakeholders interviewed say they have observed an increase in anxiety.

“I have a lot of students who no longer want to come to school because they are so stressed,” says Eugénie*, a psychoeducator in Montreal.

A good number of young people were already taking medication to treat their attention deficit disorder. But she now has 10-year-old students who take a whole different kind of molecule: anxiolytics to calm their anxiety.

“At the beginning of the year, I had young people who did not even want to enter the class,” says Anne*, who works as a special education teacher in secondary school.

“Even very good students need to be reassured,” observes Patrick Jasmin, who teaches the social universe at the secondary level in Montérégie.

Sandra* teaches high school arts in Montreal. It no longer even penalizes delays in the submission of work as they are widespread.

Geneviève Bourbeau, who teaches 6th grade in Longueuil, reports having had to remind parents several times that homework was not optional.

“Before the pandemic, you had to do these kinds of reminders for a few of them. There, it is a majority. »

At the secondary school of Anne*, a special education teacher, the number of late arrivals has not really increased, but the attitude of the pupils towards punctuality has changed. “They arrive late without feeling guilty. They say: “Well, it does not matter”. »

On the South Shore, Patrick Jasmin and his colleagues observe a decline in maturity and autonomy among his students.

“They have less capacity to fend for themselves. If they don't know how, they'll just stop working rather than try to come up with a plan B."

“A student told me that it was my fault if he sank because it was me who put the note”, he illustrates.

“Violence has increased significantly. I never saw that. It's crises, cries, blows. It's not funny, ”says Geneviève Bourbeau, who teaches elementary school in Longueuil.

Toddlers this year are more "popcorn", that is to say, they tend to burst into crisis without warning, explains Ève Duceppe, who teaches kindergarten for 4 years in Montreal.

She gives the example of a student who bursts into tears because a friend does not want to play with him or because he cannot do the craft required. “Before, we had fewer tears. »

Even teachers at other levels have noticed these explosive behaviors.

"Kindergarten this year, no joke, it's the worst year I've seen," observes teacher Jean-Philippe Viau, who sees them interact during recess.

Fortunately, it is not too late to adjust the situation with the little ones since they are at the start of their school career, insist the teachers.

“WE MAKE EVERYONE PASS”

Most of the teachers interviewed do not believe that the major delays they observe in their students will result in an increase in failures or repetitions.

"My answer is going to be very cynical: [...] We get everyone through," testifies Mireille*.

For two years, the students did not have ministerial exams, which make it possible to compare schools and regions with each other.

“What worries me the most is that we have no benchmarks in terms of learning,” explains Steve Bissonnette, professor in the education department at TELUQ.

“We know there are delays. But mild, medium or severe delays? »

Two Quebec studies have already looked into the question, but they were carried out during the year 2020-2021.

Needless to say, many experts will be interested in the ministerial reviews that are being held at the moment, the first of the end of the year since the start of the pandemic.

However, the ministry announced last May that the ministerial exams this year would be lightened, in particular to focus on priority concepts.

In any case, the ministry's exams never make it possible to perfectly compare the cohorts between them, because their difficulty fluctuates, explains Catherine Turcotte, professor of didactics at UQAM.

This is why it is always relevant to seek the perception of teachers to have a complete portrait, she adds.

1 Lack of motivation at school: "The teachers are... 2 CEGEP teachers are concerned about the difficulties... 3 Pierre-Hugues Boisvenu: a long fight for his daughter... 4 A shortage of staff at the worst time in schools 5 A final lap for “the pillar of our family” 6 Finally a drop-in center at the Parliament of Quebec 7 A third of Montreal's HLMs are in poor condition 8 Caffeine would lead to more impulse purchases, according... 9 New episode of gunshots on the island of Montreal 10 On the sidelines of the Grand Prix: a bang against... 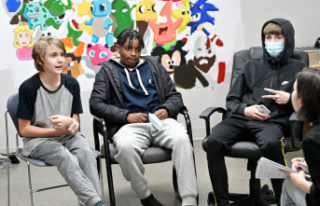 Lack of motivation at school: "The teachers are...