Simplistic comments or inability to articulate a coherent point of view?

In a world teeming with information, more and more people are at a loss for words or arguments to put forward their point of view.

In a world teeming with information, more and more people are at a loss for words or arguments to put forward their point of view.

Shortened reasoning or insults are often the prerogative of this type of person. The ability to intelligently debate seems to have been lost in the maze of social networks.

This is why I abhor simplistic talk. They are the reflection of a great ignorance which can lead to the kind of observable drifts in the country of Trump.

Several comments from readers, issued following chronicles in the media, make me fear a collective stupefaction. Adequate information and reflection on the ins and outs of an event would have become difficult tasks.

We often read of people who want to pay less tax while hoping for better services. They blissfully believe Eric Duhaime's promises to achieve this result.

I do not understand why they do not make the link between taxes and accessibility to public services.

Anti-union remarks are regularly made in the comment columns, considering them to be the source of all evil in Quebec.

These comments reflect a great ignorance of the functioning of trade unions as well as of economic systems.

The duty of defense of contributors is imposed by law. It does not force a blind defence, the unions must however exercise their judgment with rigor in the care.

Capitalism is defined by an infinite accumulation of wealth resulting from profits. Tax laws restrict the ownership of capital for unions.

Labor disputes are on the margins today compared to the 1970s. The collective agreements concluded between unions and employers are the expression of a harmonization of the efforts of the parties to create healthy and productive workplaces.

Other examples of turpitude, some CAQ supporters try to make people believe that the PQ has never done anything for the language and that François Legault defends the French language more ardently.

It should be remembered that it was the PQ that passed Bill 101 and that Bill 96 is a pale reinforcement of Dr. Laurin's law.

Beware of simpletons who cultivate ignorance by feeding useless antagonisms.

The pandemic has surely caused withdrawal and fueled prejudice.

Impressions and fabrications have taken over for many, increasing the risk of wandering in social choices.

He urges to find the reason!

1 The ordeal of the victims of priests 2 “My parents taught me to give back to society” 3 We no longer have the films we had 4 Humor to raise citizens' awareness of incivility 5 Elders who like to learn 6 Heatwave in Europe causes fires 7 Weather: sectoral thunderstorms will be present on... 8 British army chief denies rumors about Vladimir Putin's... 9 André Boisclair will know his sentence on Monday 10 Wright's interviews reportedly went wrong 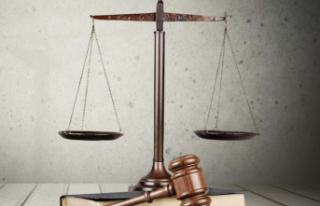 The ordeal of the victims of priests