The level of confidence among SMEs is down for a fourth month in a row in July, as business leaders are increasingly worried about rising inflation and the ever-present labor shortage.

The level of confidence among SMEs is down for a fourth month in a row in July, as business leaders are increasingly worried about rising inflation and the ever-present labor shortage.

• Read also: Local merchants tired of not fighting on equal terms with Amazon

The three-month confidence index lost nearly 8 points to fall to 46.7 in July, according to the latest Business Barometer from the Canadian Federation of Independent Business (CFIB) released Thursday.

Business owners mostly feel like they’re not being heard, according to Mr. Gaudreault. Only 16% of them believe that Ottawa is sensitive to their cause.

Full-time hiring plans have also dropped, with 20% of respondents planning to hire staff in the next three months and 17% planning to reduce their workforce.

And the shortage of labor is the main factor affecting the lack of growth of SMEs, according to the CFIB.

“These indicators should serve as a serious warning to governments about the precariousness of SMEs. They would be wise to take this into account in their economic and political decisions in the coming months because companies cannot bear any more pressure,” added Andreea Bourgeois, director of economics at the CFIB.

The Business Barometer was conducted with 734 CFIB members in an internet survey between July 5 and July 13, 2022.

1 An execution planned in the United States despite... 2 COVID-19: 13 new deaths in Quebec 3 Pope's visit: "We hope it will help reconciliation,... 4 Portugal keeps wearing a mask compulsory in transport 5 The Strolls pay tribute to Vettel 6 Kaapo Kakko gets another chance with Rangers 7 Canadian woman wins photo of the year award 8 Monkey pox: “Go get the vaccination” 9 “We came to say that it was a genocide that happened”,... 10 Herpes labialis, a virus possibly 5000 years old 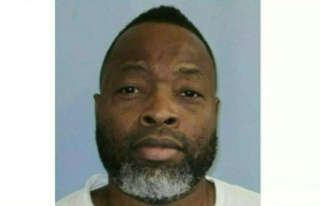 An execution planned in the United States despite...