Sánchez assures that Spain will grow by 4.4% and that it could overcome a recession that Europe is already suffering

The President of the Government, Pedro Sánchez, has assured that Spain will grow by 4. 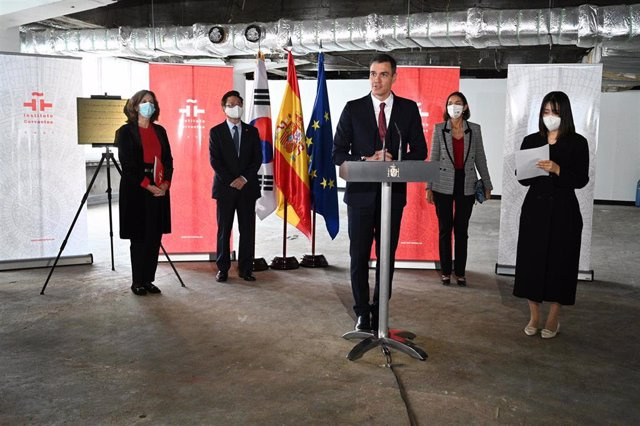 The President of the Government, Pedro Sánchez, has assured that Spain will grow by 4.4% and that by 2023 it will do so above the most advanced economies. In addition, he has predicted that he could even weather an economic recession that is already hitting some European countries.

This was underlined by the president during his closing speech at the Spain-Korea Business Forum that was held this Thursday at the Four Seasons Hotel in Seoul, where he also highlighted Spain's advantageous position in allusion to the energy dependence that have numerous countries in Europe with respect to Russia.

"Spain is going to grow by 4.4% and the Eurozone will do so slightly above 3%", asserted Sánchez, who stressed that "in 2023 Spain will grow more than the average of the advanced economies of the EU and of the five largest economies in the euro zone.

Likewise, he has highlighted three strengths that, in his opinion, highlight Spain's resilience capacity: the evolution of employment and the increase in permanent contracts; the data for industrial production "well above" that of the main European economies and the growth in the export of goods which, according to him, have grown by more than 20% this year.

On another point, the president stressed that both Spain and South Korea share "two fundamental values" which are the "desire for progress" that their citizens have and the "belief" in environmental sustainability and digitization as "sources of opportunity".

Having said this, Sánchez has advocated "continuing to develop commercial ties", also in investment, and has opted for a "modernization" of the Free Trade Agreement between the European Union and South Korea that the Government of Spain will take into account during its Presidency of the EU in the year 2023.

In this context, the Chief Executive wanted to highlight that relations between Spain and Korea have an "upward trend" thanks to aspects such as "diversification towards technological and innovative sectors".

Thus, he has pointed out that, despite the fact that bilateral trade fell in the hardest years of the pandemic, compared to the "historical highs" of 2019, the most recent data "points to a recovery of trade" above "previous levels". " to the coronavirus "before the end of the year".

The Spanish president has underlined the potential of the two countries to increase bilateral economic relations, especially in the sectors of industrial technology, renewable energy, infrastructure or defense, among others.

Likewise, he highlighted the "growing interest on the part of Korean society that has made it possible to announce the opening of a Turespaña tourism promotion office attached to our embassy in Seoul." This is Turespaña's third office in the Asia Pacific region, in addition to those that Spain has in Tokyo, Beijing and Canton.

For Spain, Korea has established itself as the third market in Asia thanks to significant growth in Spanish exports and imports in recent years.

The president also reported that, during the trip, the Spanish Ministries of Science and Innovation and the Korean Ministry of Commerce, Industry and Energy held a meeting on industrial technological cooperation.

During this meeting, both ministries have agreed to launch, as of 2023, a joint call for research and development, endowed with 5 million euros in subsidies from the country to finance large, high-impact projects in mobility and manufacturing technologies. advanced.

Thus, the interest in increasing collaboration between the two countries has been reflected today with the signing of a Memorandum of Understanding between the Spanish Diplomatic School and the Korean National Diplomatic Academy. 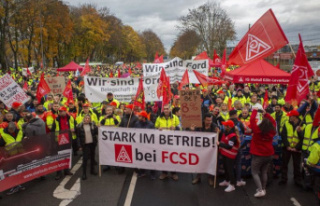