He ironically thanks Guindos "for his desire to help", but makes it clear that the creation of the tax follows his roadmap. 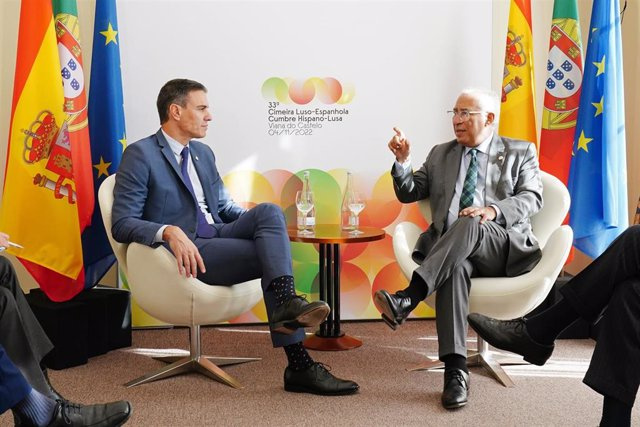 He ironically thanks Guindos "for his desire to help", but makes it clear that the creation of the tax follows his roadmap

The President of the Government, Pedro Sánchez, has affirmed that the Executive will study the report of the European Central Bank (ECB) on the temporary tax on banks, but has confirmed that he continues with his roadmap to create the tax, especially after the last profit announcements and distribution of dividends from financial institutions.

Sánchez appeared this Friday, together with the Prime Minister of Portugal, António Costa, before the media in Viana do Castelo, after the signing of bilateral agreements, one day after the ECB questioned different aspects of the bank tax, considering that it could endanger a fluid transmission of monetary policy measures and that the amount of the same could not be proportional to the profitability of the entities.

The ECB warned that while banks' net interest income tends to rise as official interest rates rise, the effect may be offset by lower lending volumes, as well as equity portfolio losses and increases. in provisions as a result of the deterioration in the quality of the credit portfolio.

"Obviously we take note and we will study the report, but the Government continues with its roadmap to create this important tax. Above all, because in light of the data that we have known about the benefits and dividends that the financial sector is giving as As a result of the tightening of monetary policy, I think it is justified that they lend a hand a bit during these very difficult times that the Spanish men and women are going through", Sánchez pointed out after being asked about the aforementioned opinion.

The president has also referred to the words that the vice president of the ECB, Luis de Guindos, has pronounced this Friday, underlining that the institution's opinion on the banking tax "tries to help" the Government.

Sánchez has pointed out that Luis de Guindos "is well known by Spanish politics" for having been in the past Minister of Economy of the Government of the Popular Party, architect of the rescue of the financial sector and previously responsible for Lehman Brothers, to then thank him, in ironic tone, his "desire to help".

In its opinion, the ECB also expressed the importance of the tax being passed on to customers. Asked about the way in which the Government is going to guarantee that the bank does not transfer the tax to customers, Sánchez has referred to the drafting of the bill, which proposes that the tax not be transferred to customers of financial entities affected by the tax, something that will be monitored by the National Commission of Markets and Competition (CNMC).