Without counting the extra income from the MEI, the deficit would reach 0. 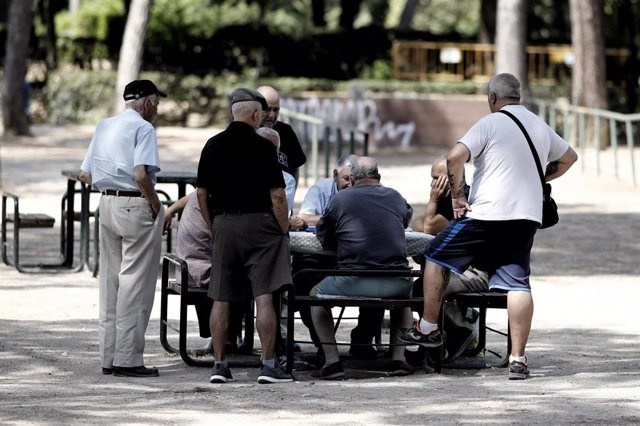 Without counting the extra income from the MEI, the deficit would reach 0.9% of GDP next year and without State transfers, 2.4% of GDP

Social Security will close 2022 with a deficit of 4,900 million euros, the equivalent of 0.4% of the Gross Domestic Product (GDP), one tenth less than expected by the Government, according to an analysis by Miguel Ángel García, a member of the Foundation for Applied Economics Studies (Funcas) and professor of Applied Economics at the Rey Juan Carlos University.

This forecast by García coincides with that outlined by the Minister of Inclusion, Social Security and Migration, José Luis Escrivá, who on several occasions has forecast that the system's deficit for this year will be less than 0.5% of the GDP initially budgeted due to the good evolution of income from social security contributions, higher than initially estimated.

Instead, Garcia's projections for the 2023 deficit published by Fedea differ from those provided by the Executive in next year's Social Security Budget when compared to the estimated balance for 2022.

Thus, after analyzing the accounts of the system for 2023, this expert places the Social Security deficit for the next year at 0.7% of GDP, two tenths above what was projected by the Government.

This percentage would rise to 0.9% of GDP, explains García, if the extraordinary income that is expected to be obtained through the Intergenerational Equity Mechanism (MEI) is deducted, "which strictly speaking must be injected into the Reserve Fund to be used in the payment of pensions from 2032", he points out.

"If so, it would move away from the Government's objective of achieving budget balance in Social Security at the end of the legislature despite having injected additional transfers from the State worth 1.4 points of GDP (19,888 million euros) ", emphasizes this expert.

Moreover, García underlines that without taking this "questionable" transfer into account, the Social Security deficit would increase to 2.4% of GDP in 2023, "explaining 72% of the deficit of the General State Budgets (PGE) for 2023 and just over 60% of the official deficit forecast for all public administrations in the coming year".

"Knowing the content of the budget, it could be considered incoherent that in a system with a negative balance despite having injected a large amount of extra money and in which the arrival of the 'baby boom' generation at the age of retirement, we proceed to raise all pensions by a very high percentage, which will increase exponentially for many years," he argues.

In García's opinion, the arrival of an "unexpected and abrupt" external shock that has triggered inflation, "has shown the risk of keeping pensions up to date with the CPI in any circumstance, making it easier for pensioners to be one of the few groups who manage to protect their income in the face of a phenomenon that we hope will be exceptional, deteriorating the financial sustainability of the pension system and personal and intergenerational equity, as a result of an unbalanced distribution of efforts among the Spanish population".

For García, it is "worrying" that the Social Security accounts include the growing recourse to State transfers "to finance alleged improper Social Security expenses that, at least in part, are not such and therefore should not be at the expense of the State".

These transfers, which already amount to 1.4% of GDP, have, in his opinion, the effect of transferring a portion of the real deficit of contributory Social Security to the State accounts, "thus offering an image not adjusted to reality of the financial health of the contributory pension system".

1 Calviño believes that the GDP will grow more than... 2 The PNV urges Sánchez to "get the batteries"... 3 Díaz accuses Vox "of being more of the vertical... 4 Virgin Media O2 (Telefónica) multiplies its profit... 5 ANNOUNCEMENT: TINECO ADDRESSES CARPET DIRT WITH THE... 6 ANNOUNCEMENT: The 'Toy and Old Paper Market'... 7 COMMUNICATION: Success of 'Samaniego in wine'... 8 Maroto defends his management of the Perte VEC and... 9 Treasury reiterates that the pension system "is... 10 Volvo Cars sold 6.9% more in October, but accumulates... 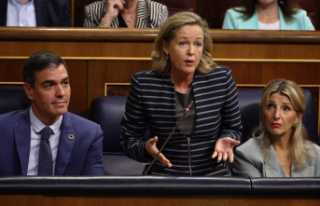 Calviño believes that the GDP will grow more than...