He hopes that an agreement will be reached in the Metal of Bizkaia and affirms that where "there are no mobilizations, the salary increases are lower". 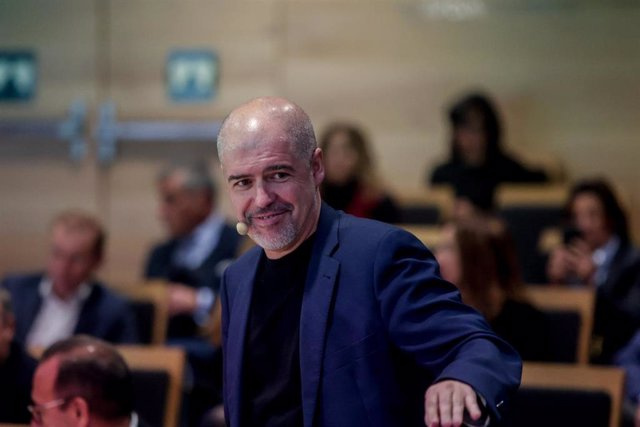 He hopes that an agreement will be reached in the Metal of Bizkaia and affirms that where "there are no mobilizations, the salary increases are lower"

The general secretary of the CCOO, Unai Sordo, has said that "no one counts" on his union to negotiate a 4% increase in the SMI, as the CEOE has proposed, because it is a "netly insufficient" proposal.

In an interview with Cadena Ser Euskadi, collected by Europa Press, the union leader expressed his impression that the agreement on the SMI will come "before the one on pensions".

"It is a much simpler agreement and negotiation and it should see the light of day as soon as possible to give certainty that in January the salaries that earn the professional minimum will have a revaluation, at least, as prices have evolved," he added.

Sordo has indicated that the CEOE's proposal for a rise of around 4% is not close "at all" to its claims and is "netly insufficient". The union leader recalled that year-on-year inflation is going to be around 7%, but the average has been more than 8% and "food will end the year rising 15%."

"And, when we know that whoever collects the SMI has the food basket as an important part of their expenses, it seems to me that the 4% increase is a clearly insufficient increase. With CCOO, no one counts to negotiate a 4% increase " , has manifested.

As Unai Sordo has assured, it would have to be closer to 1,100 euros and "be in the high band" of what the experts have recommended.

Sordo recalled that the businessmen did not attend the last meeting and sent a proposal, "which is a strange way of negotiating." In his opinion, it shows that the employers "have overreacted with the agreement between the Government and EH Bildu to reinforce the role of the labor inspectorate in collective dismissals to prepare the ground and not agree on a matter with which they do not agree ". "They make the proposal of 40 euros to place a fork that pulls down the hypothetical rise and that I think has to be located at 82-84 euros," he insisted.

In any case, he has indicated that the agreement "can go ahead without the businessmen" since the last SMI have been agreed "without the help of CEOE or Cepyme. "The last agreement they signed was that of 950 euros and now we are in the 1,000 euros, is not very defensible on your part. In the last salary agreement of 2018 they already accepted that in 2020 the minimum wages of the agreement would be 14,000 euros, but I honestly believe that, if we are at 1,080, they will not sign it," he pointed out.

The CCOO leader has affirmed that the negotiation of pensions is "quite complex" and with many contents on the table. As he specified, this last phase of negotiation has to do with an improvement in the income structure of Social Security and most of the issues that are on the table are "quite positive" although there is still no close agreement on Matters such as the capping of maximum contribution bases, the generational equity mechanism, or the minimum pensions.

Unai Sordo has stated that the pension calculation period is the element that is "distorting the entire negotiation". As he explained, in the "most controversial" measure, which is the increase in the period for calculating the regulatory base of the pension, there is not "sufficient political consensus" to move it forward.

For this reason, he believes that it would be "easier" to reach an agreement by excluding this measure. "If the Government wants to put it on the table, they must give guarantees that there is a political agreement for this to go ahead, if not, we are not going to negotiate it," said Sordo, who has assured that, around the rest of measures, he considers that there will be an agreement because the rest of the measures "would make up a good pension agreement".

In the Basque Country, he referred to the Bizkaia Metal conflict, where there is "a sequence of strikes" and it will be necessary to see if "between all of us" they can "unblock" the agreement.

Sordo believes that it is being verified that "where there is a strong presence of unionism and mobilizations", wages are increased "notably" and salary review clauses are maintained, while where "there are no mobilizations, nor an established culture of negotiation , salary increases are lower". "I hope that in the Metal of Bizkaia an agreement can be reached that allows the workers not to lose purchasing power", he pointed out.

Regarding the issue of health, he has assured that there is a "wear and tear" of materials and a "certain deterioration" in the public health systems, which "continue to be good", but, after the pandemic, it is necessary to "make an investment additional public resources to reinforce it".

"There are mobilizations and demands and the Basque Country is not an island. The public health system is essential for a society that is aging at an accelerated pace and, since the pandemic, the pathologies that show up most frequently have become widespread," he concluded.

1 Afghanistan: banned from working with women, NGOs... 2 A Christmas angel for the homeless in Joliette 3 Long absence for John Carlson? 4 Storm: "It's the Third World!" deplores... 5 The PQ saved by a thief, says Antoine Robitaille 6 World Juniors: Canadians feel ready 7 Dolphins crash, Packers still alive 8 Half of Sept-Îles is deprived of electricity and... 9 More than 95,000 Quebecers still without power 10 Sports betting: Monday's best offers on Mise-o-jeu 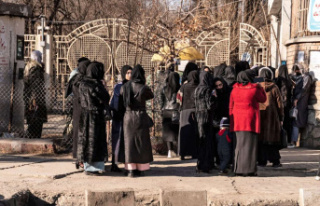