He criticizes CEOE's "stubbornness" in not linking the wage increase to inflation and believes that it makes "almost an apology for the strike". 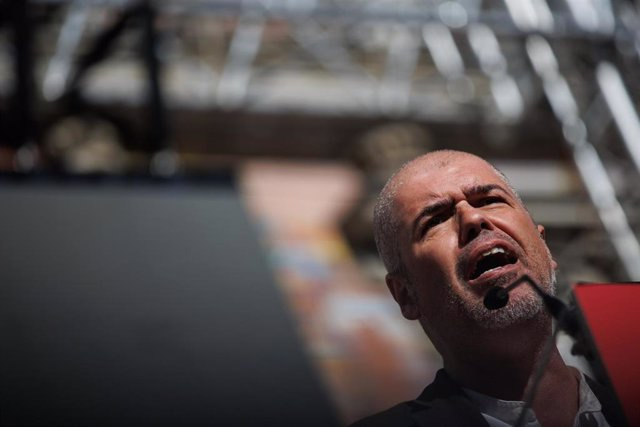 The general secretary of the CCOO, Unai Sordo, considers the drop in inflation in November positive, but has denounced that "there continues to be a very high increase in food", and that there is "a very worrying counterpoint", since underlying inflation, which remains at 6.3%, if it continues like this, it will end the year "practically at the same level as the general".

In addition, he has criticized "the obstinacy" of the CEOE and its president, Antonio Garamendi, in not linking the wage increase to the CPI, and added that the employers are "almost apologizing for the strike."

In an interview with Radio Euskadi, collected by Europa Press, Sordo referred to the drop in general inflation to 6.8% in November, while core inflation remained at 6.3%, something that he considers positive because Four points have fallen from July until now, "with which prices are moderating."

In his opinion, this has to do "basically with the fall in fuel and electricity prices." However, he believes that "there is still a very high increase in food and, of course, there is a very worrying counterpoint that is core inflation, which remains at 6.3%" and, if it continues like this, "it will end the year at practically the same level as headline inflation".

"Which means that, beyond the more volatile prices of energy and non-perishable food, it is a sign that these costs are being passed on to consumer prices and that, therefore, business surpluses are the which are explaining, to a large extent, the rise in prices in that subjacent inflation", he stated.

Regarding the statements by the president of the CEOE, Antonio Garamendi, insisting that they will not allow the increase in wages to be linked to inflation, he said that, "fortunately", what the highest representative of the employers assures "is being surpassed in many collective agreements.

"Throughout the year 2022 and up to the month of August, approximately 40% of the workers, whose agreement has been renewed this year, already had some type of reference to a wage review clause linked, in one way or another. another, to inflation", he added.

Unai Sordo believes that the problem of the CEOE and Garamendi "at this moment is one of obstinacy." "Because what the unions are asking for is a more than reasonable proposal, they are initial salary increases for this year and for the next two, which may even be below these inflation data, but as long as they are accompanied by commitments to recovery, because if inflation continues to drop in the future, it does not mean that prices are going to drop to the levels of 2021, it means that inflation is going to rise less".

In any case, he reiterated that, for the moment, "CEOEE's position in this area is quite stubborn, but it is true that in the agreements, especially those that are negotiated with a certain level of conflict, the agreements that are reached are good".

In his opinion, "it's a bit like the bottle half full, half empty, but it is true that, where there is union organization, things are turning out relatively well, and a general wage agreement would be needed to guide the 1,300 collective agreements to renew in 2023 and to avoid a scenario of conflict", for which he has, "sometimes, the impression that CEOE bets".

"Sometimes, the CEOE almost makes an apology for the strike, when it says: 'wherever there is trouble, good agreements come out', therefore, a general agreement is not necessary, and to whom God gives it, San Pedro blesses it. It is a bit what, sometimes, the business organization drops," he stressed. 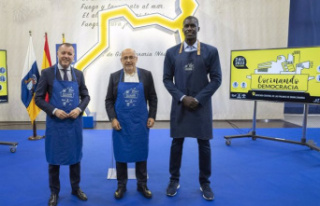