South Korean truck drivers led an eighth day of protests against rising fuel prices on Tuesday, further crippling global supply chains and causing losses of more than $1 billion, according to the government. 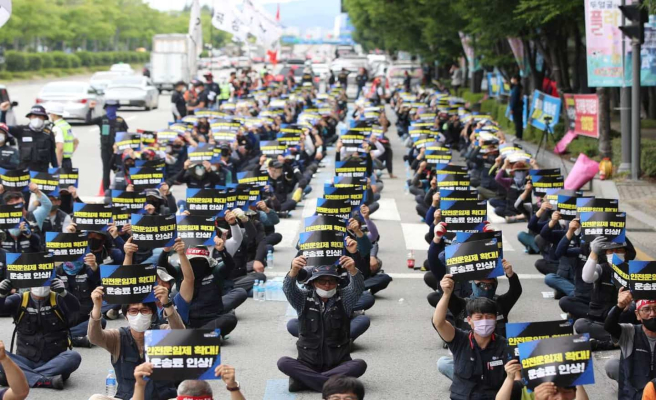 South Korean truck drivers led an eighth day of protests against rising fuel prices on Tuesday, further crippling global supply chains and causing losses of more than $1 billion, according to the government. euros.

The strike disrupted production and transportation in the crucial steel, petrochemical and automotive sectors, leading to losses of about 1.6 trillion won (1.2 billion euros), according to the data. of the Ministry of Commerce.

This social movement is the latest test for global supply chains, already challenged by prolonged confinements in China and the war in Ukraine.

South Korea is the biggest exporter of memory chips and is home to global chip giant Samsung Electronics, as well as major auto companies like Kia and Hyundai Motors.

It is also the first major strike for newly elected President Yoon Suk-yeol, a pro-business conservative who has pledged to stand firm on labor disputes.

Drivers walked off the job last week and disrupted activity at ports and factories in Asia's fourth-largest economy to protest the end of the minimum wage and rising costs.

"All we ask is to end the uncertainty in our lives," Cho Jeong-jae, a member of the Freight Drivers Solidarity Union, told AFP on Tuesday.

Truckers say they are "desperate" over sharply rising fuel costs, with South Korea's inflation hitting a decade-long peak according to official figures in May.

On Tuesday, near the port of Incheon, dozens of trucks lined the road, displaying flags mounted on bamboo.

Similar protests were organized across the country. On Monday, 7,000 people protested in 14 different cities, according to the government.

Negotiations are underway, but the opposition accuses the executive of stoking tensions by pursuing a “hostile” policy towards workers.

In the first week of the strike, 23 members of the Freight Drivers Solidarity Union were arrested for "illegal activities" such as "disturbing" traffic, according to the country's transport ministry.

1 It takes effort to do well in school 2 Dominique Anglade has nothing left to lose 3 One Hundred Million Canadians: Trudeau's Dream? 4 Liz Cheney: The Loneliness of Courage 5 Energy transition: financial assistance of $40 million... 6 India: operations underway to save a child stuck in... 7 Passports: Ottawa did not see the passport “crisis”... 8 What is said must remain so! 9 My heart is with the Avalanche 10 What levity on the part of the elect! 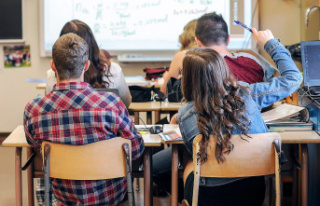 It takes effort to do well in school