The revision of the PNIEC will include an increase in the objectives of renewable hydrogen. 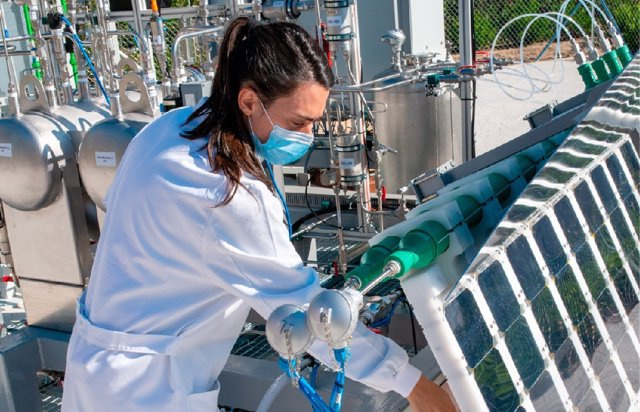 Spain already has a portfolio of renewable hydrogen projects of more than 15.5 gigawatts (GW), which almost doubles the 2030 target of 4 GW set out in the 'road map' approved by the Government for this energy vector.

Specifically, there are already a total of 80 projects throughout the country in the country, although they are mainly focused on the southern, Cantabrian and Mediterranean coasts because they are more industrialized areas and have more possibilities of adopting this technology.

Of these, most are aimed at industrial applications for renewable hydrogen, with a total of 27, and in mobility (land and sea), with 29.

This 'mega portfolio' of projects for the development of more than 15 GW of installed power of electrolysers, despite the fact that many of them will surely not be consolidated, demonstrates the interest unleashed by green hydrogen in Spain.

In fact, sources from the Ministry for the Ecological Transition and the Demographic Challenge considered that this appetite gives "a clear vision that the 4 GW target will be reached and exceeded by the end of this decade."

Likewise, they pointed out that in the revision of the National Integrated Energy and Climate Plan (PNIEC) in which the Government is working for next year, there will surely be an upward revision in that renewable hydrogen goal by 2030.

The Government has made the promotion of renewable hydrogen a country strategy. In fact, the roadmap for 2030 provides for these 4 GW of installed power from electrolysers, that a minimum of 25% of hydrogen consumption by industry must be renewable and the implementation of hydrogen generators, trains and heavy transport vehicles powered by this product.

Spain is the fifth country in the world in wind energy, the eighth in renewable generation and of all green hydrogen projects worldwide, 20% are located in Spain, which is only behind the United States.

A sample of the existing interest in 'green' hydrogen is the existing race for all the large energy companies in the country for the development of projects.

Without going any further, this week Cepsa carried out the launch of its plans to build the largest green hydrogen project in Europe in Andalusia with an investment of 3,000 million euros.

This Andalusian Green Hydrogen Valley will involve the commissioning of two new plants, with a capacity of 2 GW and a production of up to 300,000 tons of green hydrogen, in its Campo de Gibraltar (Cádiz) and Palos de la Frontera (Cádiz) Energy Parks. Huelva). In addition, the project will be accompanied by an additional investment of 2,000 million euros destined to the development of a portfolio of projects of 3 GW of wind and solar energy to generate renewable electricity.

Meanwhile, Repsol leads the Shyne project, in which it plans to allocate investments of more than 2,200 million euros, which has goals to install 500 megawatts (MW) in 2025 and 2 GW in 2030.

In addition, this project aims to create an ecosystem that connects the large regional initiatives around hydrogen that are already being launched, such as the Basque Hydrogen Corridor (BH2C), the Hydrogen Valley of Catalonia and the Hydrogen Valley of Murcia region. Along with Repsol, Shyne also includes companies such as Enagás, Navantia, Sidenor and Tubacex, among others.

For its part, Iberdrola launched together with Fertiberia a comprehensive project that includes the development of 800 megawatts (MW) of green hydrogen with an investment of 1,800 million euros until 2027.

In addition, the electric company has been awarded the construction and operation for 10 years of a hydrogen that will be used by the buses of Transports Metropolitans de Barcelona (TMB) and other fleets and industries in the Zona Franca industrial estate, where it will be located, among other projects.

Endesa will also develop green hydrogen generation facilities in As Pontes (Galicia), thanks to the project it is promoting for up to 100 MW of electrolyser that will be supplied with wind projects in the area that already have connection rights.

Similarly, Naturgy has an alliance with Exolum, called 'Win4H2' to develop a network of 50 hydrogen plants throughout the country.

But this appetite for green hydrogen in Spain does not remain with companies in the country, but also attracts international investors. In fact, just a month ago, the Danish shipping company Maersk announced its intention to establish a large hub for the production of green methanol and ammonia for fuels in the maritime sector from hydrogen in Spain, which could involve an investment of around 10,000 million euros.

There is also the project to build the Iberian hydrogen corridor, called BarMar, which includes a large tube between Barcelona and Marseille -whose more details will be known at this week's summit in Alicante-, which in 2030, once in operation, could allow exporting 20% of the estimated production of the whole of the European Union.

Last week, the Government also provisionally approved aid to promote green hydrogen in Spain for 250 million euros for a total of 29 projects spread over nine autonomous communities, which will channel a total investment of close to 900 million euros.

In total, these 29 awarded projects add up to 487 MW, which represents 12% of the objective set by Spain for 2030 to promote green hydrogen. The winners include the country's leading companies in the energy sector, such as Repsol, Iberdrola, Cepsa, Endesa, EDP and Enagás, among others.

1 Treasury inspectors redouble their offensive against... 2 The Government estimates the cost of the financial... 3 Logista, the favorite to enter the Ibex 35 at the... 4 Navantia delivers the third corvette built in the... 5 OPEC will maintain oil production levels amid latest... 6 The price of electricity rises 9.5% this Monday, up... 7 RELEASE: Sirolimus-Coated Balloon in BTK Treatment... 8 RELEASE: FP Markets, a leading Forex and CFDs broker,... 9 RELEASE: Green Street expands coverage of the European... 10 RELEASE: Sinoboom Ranks in T50 Summit of Global Construction... 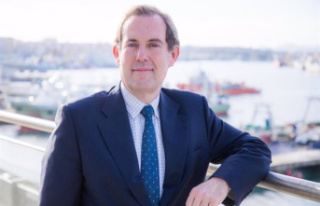 Treasury inspectors redouble their offensive against...