It's rare that I get angry when I finish a game. 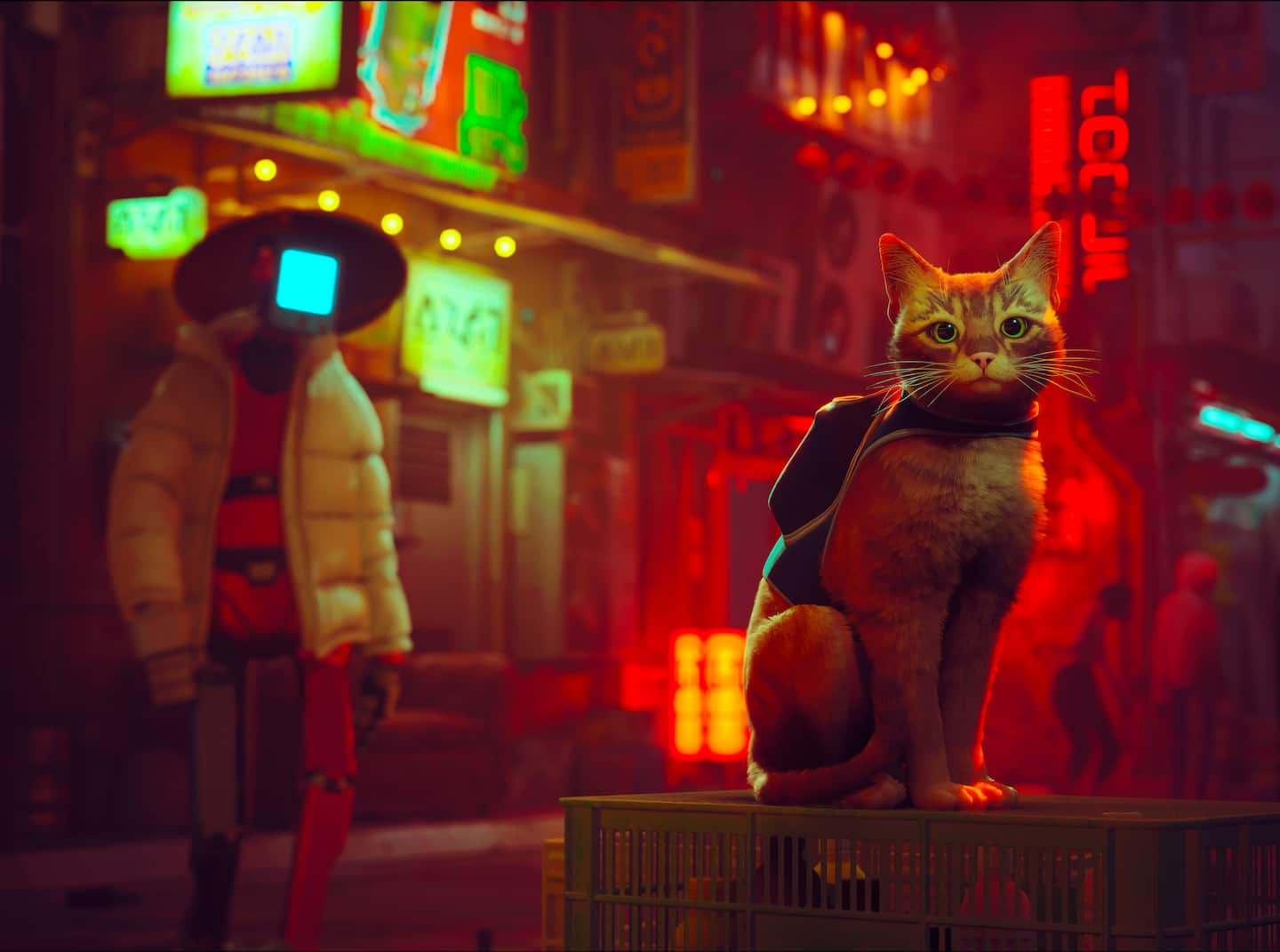 It's rare that I get angry when I finish a game. Most of the time, I can't wait to see the end after a few sessions. I finished Stray a little disappointed, not because the game is bad, but because it's so good it's sorely too short. I wish the game never ended.

Stray, which comes out on July 19 and which I was able to test, is an incredibly charming adventure where you play as a cat in the third person. Annapurna Interactive and BlueTwelve Studio were right to reveal so little about the plot of the game, because the story is so much more complex than just a yum yum adorable kitty. I didn't expect to shed a tear at all during my essay, but Stray hides wonderful surprises about friendship and mutual aid. I broke down.

Stray takes the player by the feelings from the beginning. The first thing we are asked to do is stick other little cats. But something is going to happen, and we're going to be separated from our gang. Seeing the feline protagonist alone, hurt and lost triggered in me a need to protect and save him. Within minutes, I was totally absorbed in this feline adventure.

Kitty will find herself in a strange cyberpunk-like world populated by robots. Your mission, at the base, will be to find your family. But, quickly, the universe of robots will reveal itself to you, and you will be called upon to help new friends.

Your little cat will have to climb pipes, jump on boxes and sneak around this strange world in order to solve the mystery surrounding the robots. You'll have a few small puzzles to solve, but Stray remains an exploration game where you complete quests while chatting with the people.

Speaking of chattering, your cat can only meow. There's even a button dedicated to meow onomatopoeia, which invites crazy interactions. To communicate with the robotic population, kitty will be accompanied by B12, a small drone with a mysterious past. It is he who will be able to guide you as well as remind you of your objectives when you are too distracted by a small ball.

B12 (a nod to BlueTwelve!) is an excellent companion. I'm not going to say too much so as not to spoil anything, but he's kind of the heart of the game. He will become your greatest accomplice, and his own quest will become yours. It is thanks to B12 that we see that Stray is much more than a cat story. It is, at heart, a tender story about friendship.

A cat can sneak around, and that's exactly what Stray offers. Your feline will be able to climb on pipes, walk on wooden planks with ease and run fast enough to flee from enemies.

Ah, I hadn't mentioned the enemies yet, huh? You will come across a few enemies during your quests, and these will sometimes be quite stubborn. A little kitty can't hold a baseball bat, so you'll have to use your cat agility. There are some defense methods that will be introduced during your adventure, but I suggest you do like my cat Tofu when there are fireworks outside: run as fast as you can to get out of the situation.

BlueTwelve has beautifully thought out all of a cat's adorable (and sometimes frustrating) little habits. Minou will be able to crush the keys of a computer keyboard, jump on a piano or change the TV station. He will destroy sofas and carpets and he will have fun scratching at doors. But some of these fun features will come in handy for some puzzles later. After all, the cat is limited in communication, so it will do like your cat and communicate as it can. By being a little tanner.

The mechanics of the game are not infallible: the cat sometimes has trouble aiming well at the platforms on which it must jump. But, generally, the game gets through without too many technical pitfalls.

Visually, the game offers a very cyberpunk palette, without going into a realism to break everything. The colors are gorgeous, and the designers have created memorable environments. Every shot looks like it was taken from an artistic film!

Stray is not at all the game I expected. I thought it would be a bit cold and stealthy, with some cute moments, because it's cute, a cat.

It's just the opposite, and it's not because of the cat. It is the story and the dialogues that make the game shine. We could have interpreted a cockroach and Stray would have lost none of its narrative tenderness. Sure, the chat provides some “awww” moments, but the game is much bigger than that.

The game is so good that I would have taken twice the gameplay. I finished it after just over six hours, which is painfully short. However, someone who enjoys exploring every corner of the robot world will be able to enjoy it for eight or nine hours. But that too is too short.

Stray feels like a good book. We let ourselves be transported by a well-detailed world with characters who all have their own story. It's a sweet tale about friendship, hope and mutual aid.

I was sad and a little angry at the end, because I loved every minute spent with kitten and his friends, and I would have liked to stay in this universe so well designed. One thing that is certain is that I will return with great pleasure.

* A Stray game code for PlayStation 5 was offered to Weighs on Start for review. 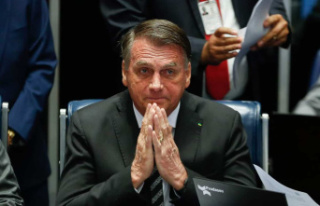 In front of ambassadors, Bolsonaro questions the electoral...