Incompetence, conspiracy, compromise, arrogance, the leaders of the federal parties have received their share of criticism since the beginning of the year.

Incompetence, conspiracy, compromise, arrogance, the leaders of the federal parties have received their share of criticism since the beginning of the year.

What could be better than taking advantage of the summer to treat yourself to a dose of introspection? To guide them in their reflection, here is my suggested reading for the Prime Minister and the leaders of the federal opposition parties.

Far from being a book of personal growth to allow Justin Trudeau to forget the crises that afflict him, this is a small introductory treatise on stoicism.

Because stoicism is not reduced to cultivating the courage to endure pain and misfortune. Above all, it aims to focus on the important things that we have the power to control. Think here of the prayer of Alcoholics Anonymous. Urgent learning for a Prime Minister endangered by his love of symbols to the detriment of the discipline of complex issues.

With the prospect of a confrontation over secularism and the Charter of the French language, then the prospect of an operation of seduction so that he takes the head of the Parti Québécois after the elections, it would be tempting for the leader of the Bloc Québécois to to think that everything is for the best in the best of all possible worlds.

The wisdom of Jean de La Fontaine can only be beneficial to him. The Frog who wants to be as big as an ox or Death and the Unhappy seem ideal for anyone with big ambitions.

Moreover, how not to retain La Laitière et le pot au lait for a Bloc Québécois whose electoral success is based more on a plan B than on enthusiastic support for its project?

The story of Faust is that of a scientist who signs a pact with the devil only to have his soul haunted for eternity. Jagmeet Singh should have read this classic of German literature before signing his pact with Justin Trudeau.

From support for the Emergency Measures Act to gag motions, we now see that the NDP must sacrifice many principles to respect its commitment to the survival of the Trudeau government until 2025.

In this great plea, Jean Charest had tried to convince the electorate that becoming Premier of Quebec was the natural fulfillment of his political career. Something to inspire him when he must now convince the Conservatives that after all, it is Canada he has chosen.

Among the curators, a suggestion for each of the main protagonists

Pierre Poilievre would do well to understand the foundations of nationalism in Quebec if he is to hope to find a way to explain to English Canada that it is not aplaventrism to recognize the distinctive character of Quebec society.

In this regard, the seminal essay by the last great leader of the Union Nationale seems essential.

1 The best get their chance 2 “I pulled cows and raised pigs on the family farm”... 3 The Ferrandez solution to the passport crisis 4 Personal data at stake after the abolition of the... 5 Mysterious discovery of 20 corpses in a bar 6 Moscow says it hit a military training center near... 7 Ukraine calls for more weapons and sanctions against... 8 A man in psychosis kills four in Montreal 9 Novak Djokovic persists and signs 10 McCartney ignites the Glastonbury Festival, which... 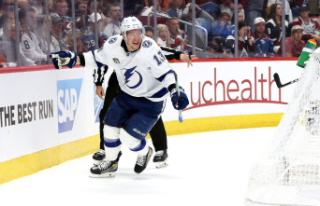 The best get their chance