Sébastien Sasseville has climbed Mount Everest and crossed the Sahara desert on a run. 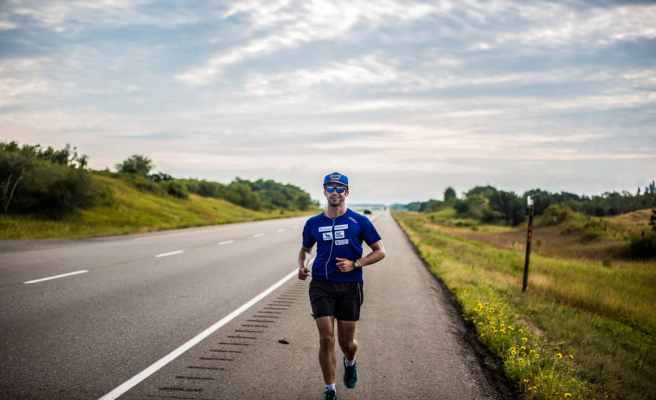 Sébastien Sasseville has climbed Mount Everest and crossed the Sahara desert on a run. He then traveled across Canada, first on foot, then by bicycle. But for a superathlete like him, too much never seems to be enough.

Thus, on Tuesday he will undertake the legendary Race Across America (RAAM), one of the most prestigious endurance cycling events in the world. Not only will he have to travel 4800 kilometers by bicycle, but he will only have 12 days to achieve this feat without being disqualified.

They will also be only 13 in the category of men under 50 solo to survey the country of Uncle Sam at full speed. On average, according to Sasseville, a third of participants fail to cross the finish line in the agreed time.

Although he will be the only one pedaling, Sasseville will rely on a team of 10 people divided into three vehicles that will follow him from California to Maryland. Preparation of meals, bicycle mechanics, management of social networks: nothing will be left to chance by the Sébastien Sasseville - Quebec team. What's more, the 42-year-old was able to learn many lessons from his last two-wheeled journey, when he traveled from Vancouver to Halifax in just under 16 days.

“Last year, we made a lot of mistakes,” he recalls. This year, we have the impression of being really concrete in the strategy and the logistics.

“I remember our first meeting [to prepare for RAAM]. It was unknown, everyone wondered what we were doing. Week after week, confidence is rising. We played down the license and demystified this race.”

Unlike other cycling competitions such as the Vuelta or the Tour de France, the RAAM takes place in a single stage. The rare hours of sleep being included in the final time, they must therefore be judiciously distributed.

“I ride 21 hours a day. I sleep between noon and 3 p.m. to avoid the hottest hours, specifies the Quebec City resident, adding that he will have to brave climates as demanding as they are diversified along the route.

“It’s 175,000 feet of total elevation and just about any weather. We start with the desert, so we expect temperatures above 40 degrees Celsius in the first few days. In some cases in Colorado, we expect to have snow.

The competitive aspect of the event should not be neglected either. Sasseville will be pitted against the best endurance cyclists in the world, "guys who aren't stressed about riding 30 hours in a row." He will thus have to show combativeness, perseverance, and even more resilience.

“I remain a rookie. There are things you can just learn during this race. There will be darkness, difficult times, moments of doubt.

"It's not necessarily about overcoming that darkness or having some magic trick to make it go away. It’s really more to accept it.”

Regardless of the outcome of the RAAM, the insatiable Sébastien Sasseville assures that he will take a moment of respite before tackling his next indomitable challenge.

“I am so absorbed by this race, he concludes. The training and the preparation were difficult. I would say my [next] goal is to have no goal.”

If Sébastien Sasseville's challenge of crossing the United States by bicycle wasn't already complex enough, the challenge of accomplishing this goal while living with type 1 diabetes (T1D) is even more so.

Over the years, he has learned to tame this condition, but still maintains that it is a “big disadvantage” in view of the Race Across America (RAAM).

"It's a big part of the equation, living with this disease," he says. It's a huge layer of complexity on top of something that's already hugely complex. It's starting the toughest race in the world behind everyone else."

Although RAAM is not primarily a charity event, its participants have raised at least $2 million per year for various causes over the past five editions. Its association with JDRF Canada for the race, the largest organization funding research on T1D, therefore came naturally.

“I think it can inspire people living with T1D. It takes work, discipline, rigor and commitment. But if we do the right thing, there's really no limit to what we can do with this disease."

In addition to its partnership with JDRF Canada, Sasseville would like to help raise awareness about the disease, which is not to be confused with type 2 diabetes.

“There is a huge difference,” he explains. You can take maple syrup baths, it does not give T1D. It's like picking the wrong card. Type 2 diabetes can be prevented or at least delayed. It's manageable with broccoli and exercise."

Don't be fooled by appearances: even if he will travel the United States with an extra weight on his shoulders, the first Canadian with T1D to have climbed Mount Everest will not hear a laugh.

“This race is not Opération Enfant Soleil. I think I'm a decent threat. I want to push as far as possible.” 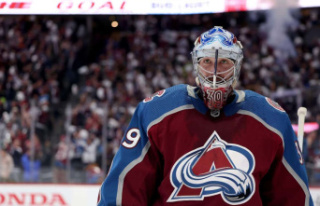 Who will be the Avalanche's goaltender?