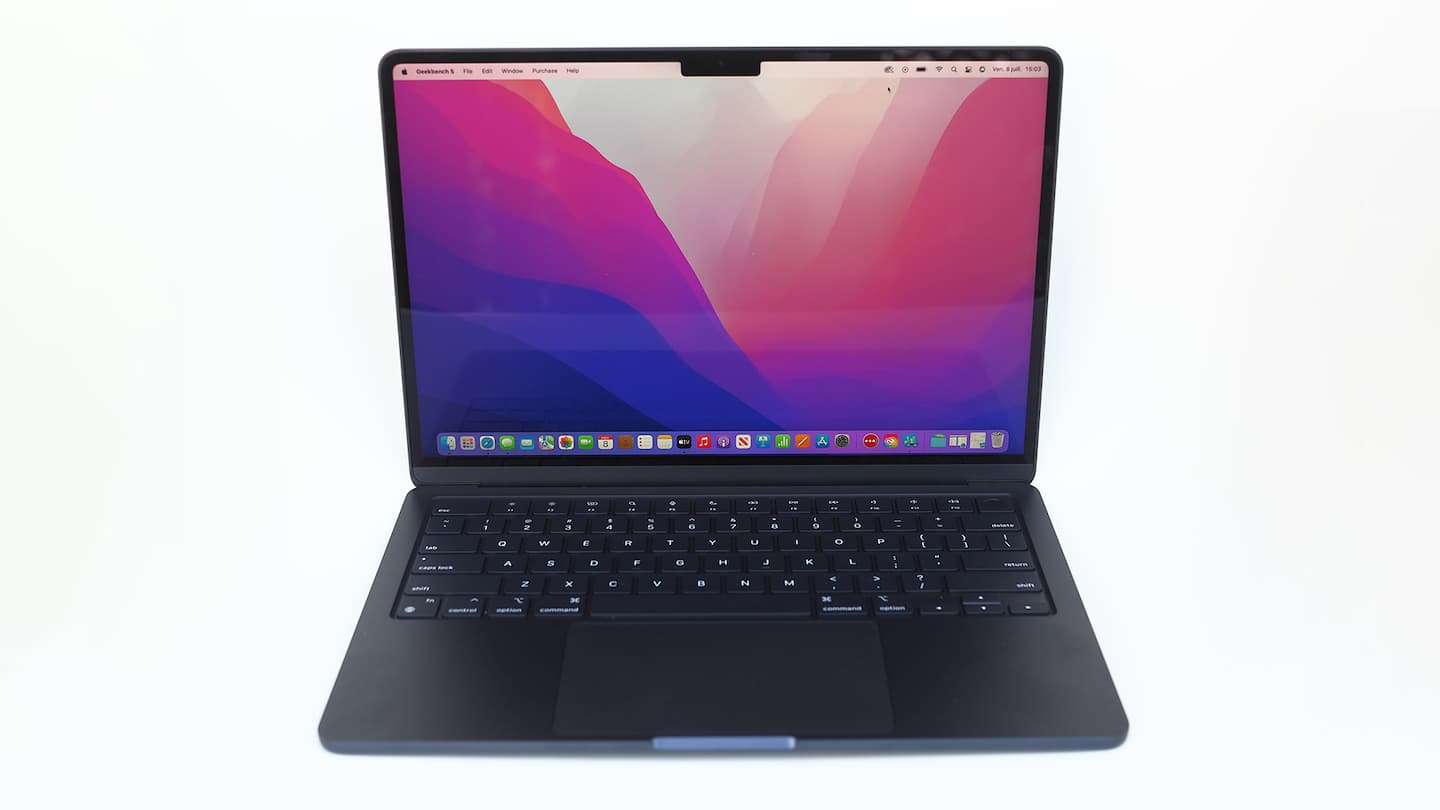 The MacBook Air dominates the sales charts. It's not just Apple's most popular computer. It's the best-selling laptop in the world, across all categories. This device that was already a step ahead of the others continues to stand out, with its biggest update in more than 10 years.

The new MacBook Air offers a long list of new features this year. If you follow a bit of the news surrounding Apple, you will notice that most of them come from the MacBook Pro 14 and 16 launched in 2021, such as a somewhat rounded format design and a magnetic MagSafe port, which detaches if someone takes a foothold in the charging cable.

For those who already own a MacBook Air, this new model will be lighter than before, with a larger screen (13.6 inches rather than 13.3 inches, a difference that we do not notice at first glance). naked eye), better keyboard, better 1080p webcam, Touch ID fingerprint reader and more. The improvement over a model of only three or four years ago is considerable.

I was particularly impressed with its four speakers, whose Dolby Atmos sound bounces off the screen and provides good spatiality. Considering the thinness of the computer, their power is amazing.

"Our teams have integrated elements of the antenna behind the loudspeaker," said Kate Bergeron, Apple's vice president in charge of hardware engineering, in an interview. The concept first introduced with the 12-inch MacBook doesn't improve the speakers, but it does allow them to take up all the room they need.

The new computer format is my other big crush. At its thickest point, Apple engineers were able to cut nearly 0.5cm thick (at just 1.13cm). It is also lighter than before (2.7 pounds).

The fact that a computer is so portable, without having to compromise on power (we'll get to that) or battery life is downright amazing.

“Even if we travel less than before, portability remains fundamental for the MacBook Air,” explained Laura Metz, senior product manager at Apple. After all, we travel less for business, but we still have to transport it from work to home, or even just around the house. This element was therefore at the heart of the reflection during the design of the device.

Note that compared to the MacBook Pro, the device imposes some small compromises, such as the number of ports (only 2 USB-C ports, only one of which can be used for an external monitor) and the screen, whose brightness improved to 500 nits remains lower than the 1000 nits of the MacBook Pro Pro Display XDR screen.

“We want the MacBook Air to be affordable, and that many people can buy it, like students,” Kate Bergeron reminded me. For her, the superior screen quality would have cost too much for the MacBook Air's target audience.

I agree. In fact, I would have even preferred Apple to cut even more (compared to displaying a billion colors, for example) in order to reduce the price (which would have been amazing, we agree).

Apple had made a fuss in 2020 with the launch of the first computers with M1 chip.

The surprise effect has passed, but the M2 does not disappoint, with a single-core score of 1894 in the Geekbench 5 test, and 8980 in multi-core. This is one of the most powerful on the market in single core, all categories combined, and it stands out very well in multi-core mode (the equivalent of a 27-inch iMac from 2020, with an Intel Core i9 processor 10910), all with minimal energy consumption.

I won't dwell on testing. Let's just note that you really have to have very specific tasks to perform to need a more powerful central processor.

As for the graphics cores, these have improved, with a quite respectable score of 6784 at 3DMark's Wild Life Extreme, for example, but the jump isn't big enough to change that. There are still many uses, especially in 3D, where you will need more.

For games, note that you will be entitled to a display with a little more frames per second in video games than with the last generation MacBook Air, but you will still have to make significant compromises on quality with AAA games. . So best to stick with games optimized for Apple Silicon (like those from Apple Arcade), or lighter indie titles.

Those who want to buy the new MacBook Air M2 will have several options to choose from, which can raise the price of the device considerably.

You will first have to choose between the model with an 8-core graphics processor (starting at $1499, the base price of the device), or the one with 10 cores (tried here). I'll wait to see the tests of the entry-level model to make up my mind, but for the $150 difference between the two, I'd probably opt for the cheaper option.

You also have to choose the storage (certainly a minimum of 512 GB if it is your main computer, more, and even more, depending on your uses and your budget) and the RAM.

This last point is often difficult to decide. “The basic configuration has been designed to provide an excellent user experience,” explains Laura Metz. An amount of 8 GB (this is what I tried here) should therefore be sufficient, unless you are used to using several heavy software programs at the same time, working with very large files or have specific business needs (a developer who needs to launch virtual machines, for example). In my tests, I was not limited by the 8 GB.

The question is rather long-term. Will the 8GB model be enough with future updates to provide the perfect experience? Hard to say. The 16GB option is a good insurance policy, but at $250 it's quite an expensive insurance policy.

If you change computers often and your needs are limited, 8 GB should be fine. If you want to keep it around for a long time, or if you have the budget, 16GB would probably be worth it.

Last option to select: the charger. The MacBook Air M2 is indeed offered with three options. The base model comes with a 30W charger, but for $30 more you can upgrade to a 67W fast charger or a small 35W charger with two USB-C ports. The MacBook Air M2 with 10 graphics cores is offered with the default 35W charger, and you can change to the 67W for free.

Personally, I loved the small two-port charger, which I'm going to find very handy on the road. At 15 hours of battery life, the MacBook Air M2 is a device that I charge at night anyway, and use without a cable during the day, so I don't feel the need for a fast charger.

At $1499 (but probably $2000, depending on your choices at the time of purchase), this one isn't particularly expensive for all it offers, but it's not a model of entry level either.

You may have different needs (more power for gaming, a bigger screen, Windows, or a cheaper purchase price, for example), but for me, this is the laptop I would buy in this moment.

1 A recession is not the most likely scenario, says... 2 Groupe Touchette consolidates its position in the... 3 10 cottages to rent for Labor Day 4 US doctor who helped girl abort after rape threatened... 5 Italy: Draghi throws in the towel after the defection... 6 [MUST SEE] A Portuguese journalist walks through a... 7 Race to Downing Street: Sunak in the lead, ahead of... 8 Yosemite's giant sequoias were spared the flames 9 Southern Europe plagued by fires 10 Influential American lawyer accused of killing his... 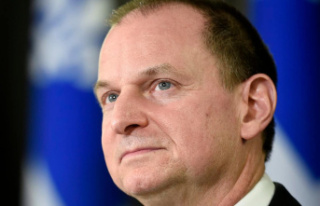 A recession is not the most likely scenario, says...