Shootings, murders, feminicides, accidents, natural disasters: the year 2022 has not escaped tragedies of all kinds. 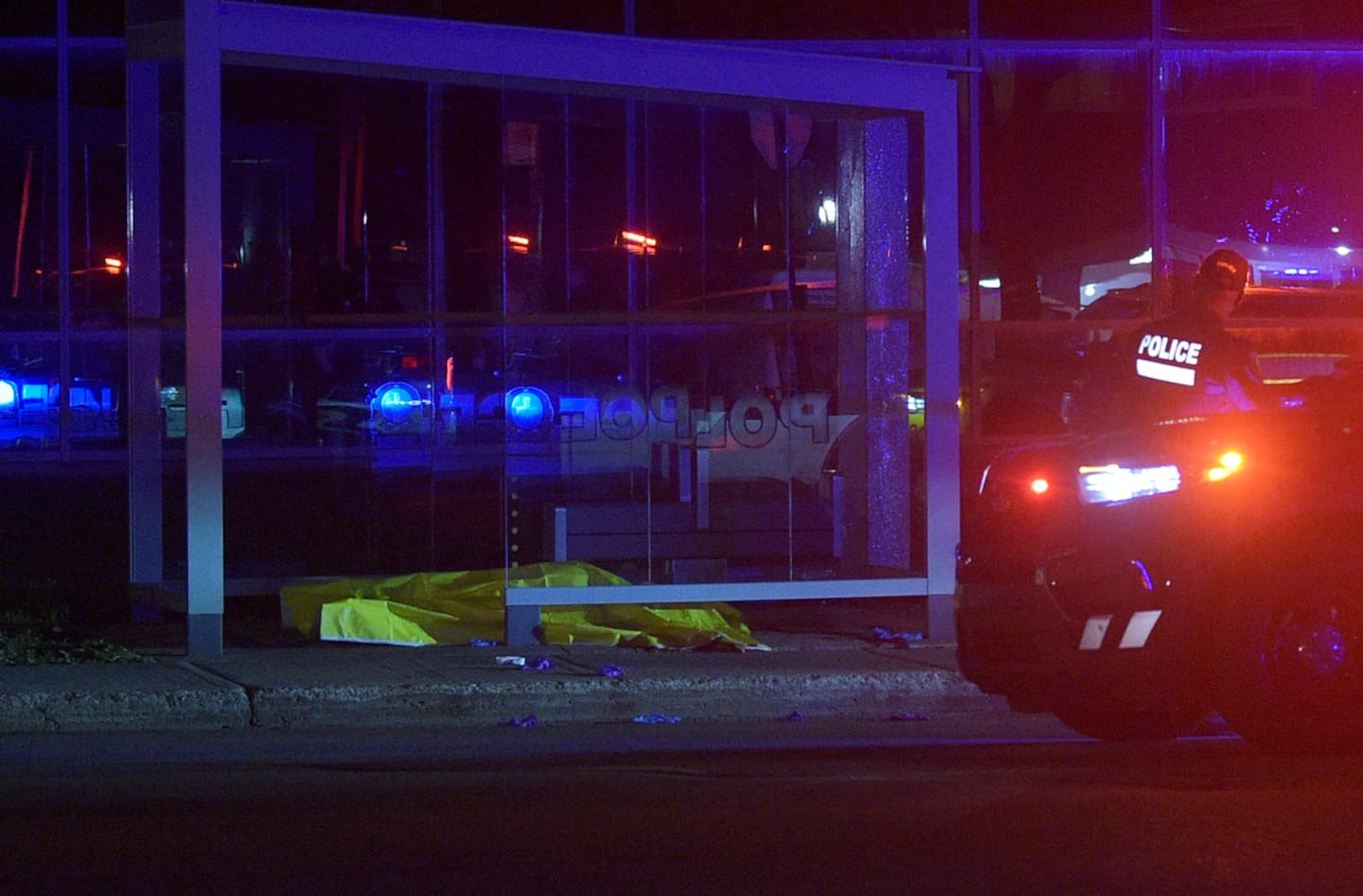 Shootings, murders, feminicides, accidents, natural disasters: the year 2022 has not escaped tragedies of all kinds. This year again, armed violence will have received particular attention. Here is the list of the 10 most significant events of the past year.

In early August, a serial gunman struck fear into the metropolitan area by wantonly shooting three random men in the span of just 24 hours.

On the evening of August 2, Abdulla Shaikh, 26, drove to the borough of Saint-Laurent, in Montreal, where he coldly shot André Fernand Lemieux, father of boxer David Lemieux, in a bus shelter. The 64-year-old died instantly.

Three kilometers further and barely an hour later, another man is shot dead. Mohamed Salah Belhaj, 48, was shot in the head on his way to work.

After this second murder, all the police officers in Montreal are on their toes: they understand that the two murders are the work of one and the same man who kills at random.

Their fears are well founded, since the next evening, the suspect shoots for free with a bullet in the head the young Alex Lévis-Crevier, 22, who is walking on a skateboard in a street in Laval.

The author of the three murders is finally located a few hours later, in a motel in Montreal. In the early morning, heavily armed police force their way into Abdulla Shaikh's room. The latter opened fire, but was quickly shot down by the police.

We will never know precisely the motivations that led him to commit all these murders.

In 2022, particularly during the summer period, shootings had become commonplace in the northeast of the metropolis. A conflict between street gang members, exacerbated on social networks, has literally degenerated in the streets of the metropolis.

At some point, innocent people were targeted. In the single day of August 12, three shootings broke out in the northeast of the metropolis and more than 80 shots were fired. The people targeted by these attacks were in no way linked to the criminal world.

Reacting to this wave of shootings that made an entire population insecure, the SPVM created the ARRET project in September, which aims to fight against armed violence in the streets of the city.

The year 2022 will have been marked by several tragic events during which children were killed by one of their parents.

From the beginning of the year, a horrible tragedy shook the municipality of Jonquière, when a 39-year-old father died by deliberately causing an explosion in his residence, also resulting in the death of his two young children.

Among the other tragedies of the genre, we cannot ignore the triple murder committed in Brossard at the end of September. In the middle of the night, Mohamad Al Ballouz allegedly stabbed his wife to death, before drowning his two children aged 2 and 5.

The 38-year-old suspect is currently awaiting trial in this sordid case.

If the year 2021 had been particularly trying in terms of murders committed in a marital context, the year 2022 was no exception: according to our count, no less than 15 women were killed by a spouse or ex- violent spouse. In some cases, the relatives of the victims saw nothing coming.

But other women were killed by a violent partner whom they had nevertheless denounced, but who had been released during the legal proceedings.

This is particularly the case of Gisèle Itale Betondi and Viergemene Toussaint, two Montrealers murdered after being “abandoned by the system”, according to their relatives.

Two resounding murders committed in public in the space of just 30 minutes shook the metropolis over the summer.

The first crime was committed in the early afternoon, in the crowded Rockland Center parking lot. Maxime Lenoir, a 44-year-old cocaine importer who was doing business with the dreaded Mexican Sinaloa cartel, was shot dead in front of several witnesses.

Barely 30 minutes later, Diego Fiorita, 50, was seated in a pizzeria on rue Saint-Denis when he was murdered by several projectiles from a firearm. The two murders are in no way connected. To date, only the alleged assassins of Maxime Lenoir have been arrested.

Twenty-two years. This is the time it took the police to finally succeed in getting their hands on the collar of the presumed murderer of Guylaine Potvin, this young 19-year-old student from Cégep de Jonquière whose body was found on April 28, 2000 in her accommodation.

The young woman had been beaten, sexually assaulted and strangled to death. A murder as savage as gratuitous. The suspect in this case, Marc-André Grenon, 47, was arrested in October in Granby. He seemed to have rebuilt his life. He now faces premeditated murder and sexual assault charges.

He is also accused of attempted murder, since he allegedly tried to kill another 19-year-old student a few months after the death of Guylaine Potvin.

Several citizens of the Laurentians thought their last hour had come, at the end of July, when a tornado swept through part of the Laurentians, mainly in Saint-Adolphe-d'Howard. The violence of the whirlwind was such that roofs of residences were torn off, dozens of trees were uprooted and various objects flew in all directions.

Even a small wooded area was swept away by the tornado, whose winds reached more than 200 km/h.

Miraculously, no one lost their life in this natural disaster. The damage caused by the tornado, however, amounted to several million dollars.

The tone had been set at the start of the pandemic, but violent exchanges, thinly veiled threats and insults literally exploded on social networks during the last provincial election campaign.

During the 36 days of the campaign, the Sûreté du Québec said it had opened 217 investigations following reports received from elected officials or citizens. A total of 31 arrests were made. The tension was such among politicians – many of whom were attacked from all sides daily on social media – that the authorities offered bullet-proof vests to some of them in order to avoid an unfortunate event.

In addition to threats and violent comments on social media, politicians have also had their constituency offices broken into or vandalized.

The entire small municipality of Saint-Robert was badly shaken by the terrible road accident in which three young men aged 18 and 19 perished on October 9, in Montérégie.

Speed ​​and recklessness are the cause of this tragedy, which cost the lives of Marc-Antoine Langelier, Edward Chevalier and Zachary Comtois, in addition to injuring a 16-year-old girl who accompanied them.

During the violent exit from the road, the victims' vehicle skidded for about 200 meters and rolled over several times, before ending up on its roof in a ditch.

The child had just left school for lunch break and was walking home when she was mobbed by an individual she did not know. The man, who was later identified as Tanvir Singh, allegedly knocked the girl to the ground for no reason before pounding her in the face.

The little one suffered significant injuries during the completely gratuitous attack. In July, the 21-year-old suspect was found not criminally responsible for the crime on account of mental disorder.

Tanvir Singh will remain detained at the Philippe-Pinel Institute for as long as he represents a risk to society.

1 The year of new threats for Trudeau 2 New Year: what will be open or not 3 Praise of Friendship and Banquet 4 Federal policy: the 2022 merits 5 Is higher education for everyone? 6 Canada wants to bite into a bigger piece of the Arctic 7 Can we help Caufield and Suzuki? 8 For the new year, the Russian Minister of Defense... 9 The striking (and sometimes shocking) statements of... 10 Former Pope Benedict XVI is dead 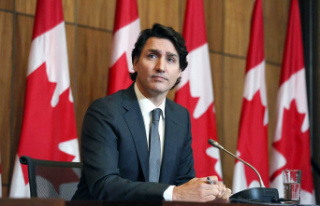 The year of new threats for Trudeau