The average affiliation to Social Security will be "practically zero" in November, according to Escrivá

In seasonally adjusted terms, the growth of contributors will reach 80,000. 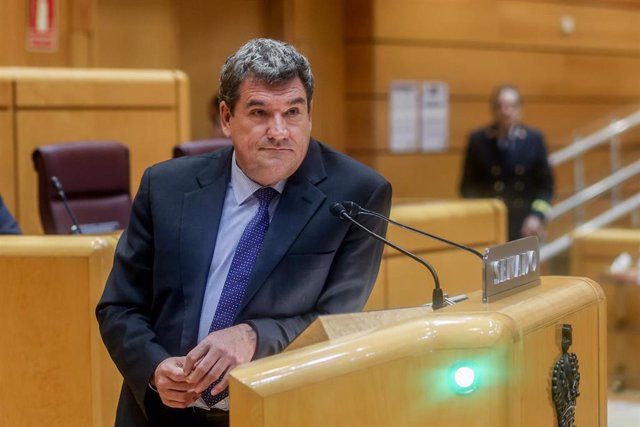 In seasonally adjusted terms, the growth of contributors will reach 80,000

The Minister of Social Security Inclusion and Migration, José Luis Escrivá, announced this Thursday that the average affiliation to Social Security will be "practically zero", with a growth of 80,000 contributors in seasonally adjusted terms.

Social Security estimates that enrollment growth in 2022 will be around 4%, still pending the behavior of the labor market in December to have a complete perspective.

However, Escrivá has stressed that despite the "complex international environment", there is "no indication" that points to a "cooling off of the labor market" in Spain. In fact, he has insisted that membership in November will be "extraordinarily intense" for this month.

Social Security registers a growth in affiliation between February 2022 and November 2022, in seasonally adjusted terms, which stands out in professions related to research and development.

The minister stressed that this growth in employment occurs in "high productivity sectors that generate added value". In addition, he blames this trend on labor reform, by creating quality jobs, with higher salaries, and reducing temporary employment.

"In the entire historical series, there is only one year with more growth, which occurs with the exuberance of the bubble, in 2006. The composition of employment is totally different. In 2006 it was growth in construction, not sustainable; now it is highest quality", Escrivá commented at the press conference.

By autonomous community, employment has grown across the board in all regions since the start of the pandemic, as reflected in Social Security data.

The minister has also alluded to the labor reform to refer to the reduction of temporary contracts, which have gone from 30% between 2017 and 2021, to 16% in November 2022.

Job stability has also improved with the increase in the length of contracts. The advanced Social Security data this Thursday shows that contracts of less than 30 days are reduced by 3 million. Thus, the average duration of the contracts has grown by 24%, 48 days, between 2019 and 2022.

Escrivá has also specified in the presentation of the November advance that the creation of more stable employment and in more productive sectors means that the increase in social contributions is close to 11% of GDP. In the case of workers in ERTE, "they continue to stabilize at low levels", with 117,000 fewer affiliates in this situation.

HOURS WORKED AT THE EPA, "OF LOW QUALITY"

The minister explained that the figures for hours worked collected in the Active Population Survey (EPA) "do not match" with the data for hours worked that is handled internally by the Ministry of Inclusion, Social Security and Migrations.

Escrivá has specified that the EPA specifies in its methodology that this part of the statistics has its limitations, especially since the pandemic, with changes in habits and teleworking. For this reason, the minister prefers to put "a little in quotation marks" the fall in the hours worked that the EPA collects.

"It is known among specialists that the Spanish statistics on hours worked, which comes from the EPA, is of low quality," Escrivá said, when asked about it.

The Social Security holder prefers to look at the data handled by the Ministry. "We are talking about social security contributions growing above 8%, with employment growing somewhat below 4%," she underlined.

1 Álvarez-Pallete defends the need to strengthen Europe's... 2 The price of electricity rebounds this Friday by 51.6%,... 3 STATEMENT: The increase in forest fires is a permanent... 4 RELEASE: RedHill Accelerates Opaganib Nuclear Radiation... 5 Business loses 1,515 million since 2017 due to theft... 6 María Mendiluce (We Mean Business): "The energy... 7 Congress approves excluding regulated companies from... 8 Endesa approves operations related to Enel for more... 9 STATEMENT: Cuban-American doctor, based in Spain,... 10 STATEMENT: The digitization of professional offices... 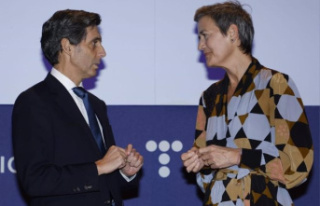