"The best captain in my life" - Vasilevskiy

TAMPA | Nikita Kucherov, author of an assist on the winning goal, and Andrei Vasilevskiy shared a podium during the second wave of players in a press room at Amalie Arena. 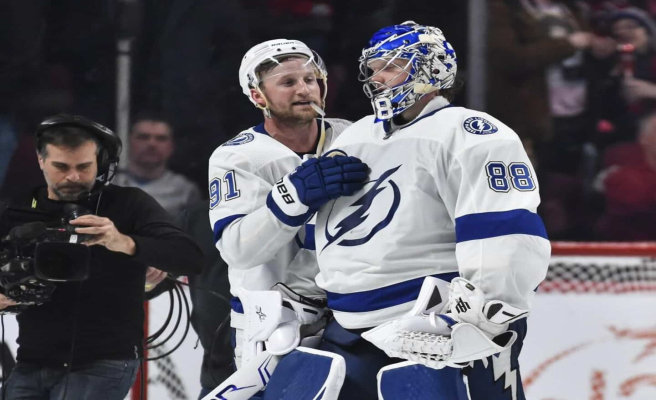 TAMPA | Nikita Kucherov, author of an assist on the winning goal, and Andrei Vasilevskiy shared a podium during the second wave of players in a press room at Amalie Arena.

Kucherov had a hood on his head and he was looking forward to the end of this media exercise to return to see his teammates. Vasilevskiy had a bigger smile, but there weren't really more words coming out of his mouth.

The Lightning goalkeeper, however, offered the compliment of the evening to Steven Stamkos, the hero of this sixth game with two goals in a 2-1 win against the Rangers.

"He's the best captain I've ever had," Vasilevkiy said. He is incredible. »

"We believe in ourselves," added Stamkos. To win, you need to trust all your teammates. It's not fair to score goals. You have to defend your territory well, you have to block shots, you have to sacrifice yourself and you can't complain about your role. »

“It is not a question of an individual, continued number 91. I would also be happy even if I had not scored in this match since we won it. We each have our responsibilities, we know our roles in this locker room. »

The image of a franchise

Stamkos spoke like a good captain. He placed the logo in front of the jersey well before the name behind. But it is in the image of the man and the player.

"Stamkos has gone from scoring 60 goals to an incredible point guard," Jon Cooper said. He has a lot of pressure on his shoulders. He must score, lead and be the image of this franchise. You want to see the light shine on him. He scored the first goal, he replied 20 seconds after their goal. I'm happy for Stammer. He will push back the braces. But I'm happy for him and the legacy he will leave as captain of this team. »

Stamkos returned the favor to Vasilevskiy in the compliments category.

"Vasi is the best in the world," he said. He is magical in great moments. As an athlete, you dream of that. You want to be at your peak in the big games. In our last two games, we needed to score two goals to win. Vasi doesn't say a word, but he still plays well. His stats also speak for themselves. »

Since the start of the playoffs, number 88 now has a record of twelve wins and five losses with a 2.27 average and a .928 save percentage.

Always very elegant in his remarks, Cooper also looked in the direction of the other goalkeeper in this series, Igor Shesterkin.

“Let's be honest. When you have a star guardian, you can hide flaws. I can raise my hand with Vasilevskiy. He does it for us. It was the first time I could see Igor long enough. He's calm, he reminds me of our guy. He gives Rangers great confidence. He remains young, but he can make a difference. The Rangers have a good core. They have the right recipe. And one of the best coaches in the NHL in Gerard (Gallant). »

1 Travel with your hands on the handlebars 2 Up to $50/h to wait in line in front of the passport... 3 France at the polls for decisive legislative elections... 4 Young people and the labor shortage 5 Russian strike on western Ukraine: at least 22 injured,... 6 Ukraine: connection restored between the Zaporizhia... 7 Erosion: the Magdalen Islands have lost more than... 8 Nostalgic Russia opens its “Russian McDonalds” 9 [LIVE] 109th day of war in Ukraine: here are all the... 10 Over 15,000 sheep drown after ship sinks 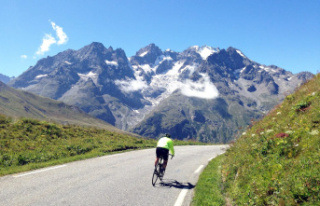 Travel with your hands on the handlebars