The big star of the match: the crowd

The crowd was the undisputed star of the Laval Rocket game on Wednesday. 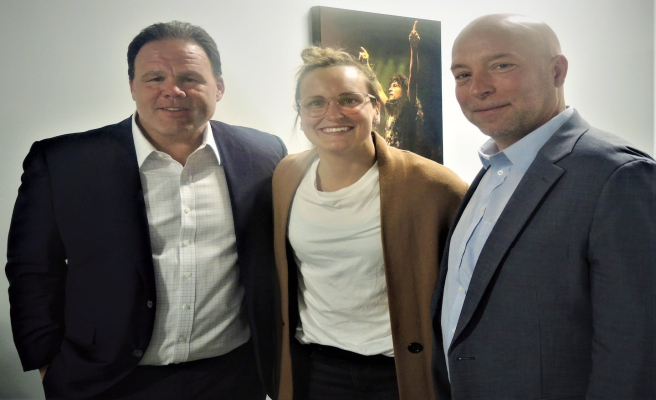 The crowd was the undisputed star of the Laval Rocket game on Wednesday. Even before the match started, the enthusiasm of the fans reigned in the amphitheatre. Former Rocket player Michael Pezzetta, who now wears the Canadiens colors, led the crowd's rallying cry ahead of the game.

Jeff Gorton, executive vice-president of hockey operations for the Canadiens, is accompanied by Marie-Philip Poulin, player development consultant, and Kent Hughes, general manager of the Canadiens.

The directors of amateur recruiting, Nick Bobrov and Martin Lapointe, as well as several other recruiters of the Canadian attended the game.

The young Milan Perusse is surrounded by Maëva Perusse and Sandric Perusse.

Among the leaders of the Canadian, there were notably Marie-Philip Poulin and France Margaret Bélanger, president, sports and entertainment for the CH Group.

Chantal Machabée, vice-president of hockey communications for the Canadiens (second from right), is surrounded by members of her team and her friends, including Guillaume Ouimet, Charles Saindon-Courtois, his spouse Stefany Morency, Martine Rouleau as well than his son, Hugo Campeau.

Martin Lapointe, director of player personnel and director of amateur recruiting for the Canadiens, is with Serge Boisvert and Nick Carrière.

Michael Pezzetta, who proudly wore his former team's jersey, is with Réjean Houle and Nick Suzuki.

1 A trilogy of Symphonic Harmonium in Montreal 2 The summer of celebrations for Just for Laughs 3 Passports: forced to miss work 4 The $ 30 million loan to an Airbnb king denounced 5 Quebec invests $30 million in a new private fund 6 Airbnbs at $2,000 a night instead of accommodations 7 How to depend less on your car 8 Long lines to expect this summer at Montréal-Trudeau 9 Business takeovers: the Fonds FTQ fights every day... 10 The invasion of Ukraine benefits crooks 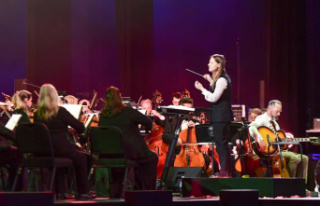 A trilogy of Symphonic Harmonium in Montreal