The CEOE closes its candidacy registration period this Tuesday, with Garamendi and Guinda as candidates 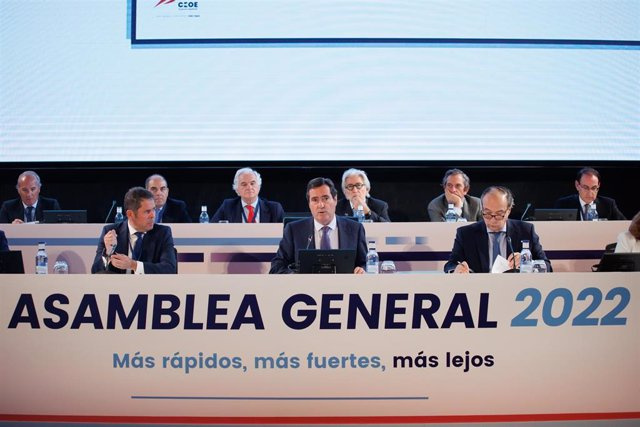 The Confederation of Business Organizations (CEOE) will close this Tuesday, November 8, the deadline for the registration of candidates for the presidency of the employers' association, with the current president, Antonio Garamendi, and the vice president of Foment del Treball, Virginia Guinda, as applicants.

Garamendi announced his intention to run for reelection on September 21, when the CEOE Board of Directors agreed on November 23 as the date for the Electoral Assembly, while Guinda announced his candidacy this week.

Garamendi assured at the end of October, at a meeting of the XXI Century Club, that he had "the overwhelming support of the organizations", with the backing of "all the territories except one" and "the large sectors".

Then, the only competitor who valued the possibility of challenging Garamendi for the presidency of the CEOE was the president of Faconauto, the automobile employers' association, Gerardo Pérez, although he finally ruled out the idea.

In those days, the name of the president of the Spanish Confederation of Small and Medium Enterprises (Cepyme), Gerardo Cuerva, also sounded, and it was Garamendi himself who denied it and dispelled any rumor of doubts among them.

Without Pérez or Cuerva in the CEOE electoral race, Garamendi's path seemed clear to revalidate his position for another four years, until this week Guinda confirmed his candidacy at a press conference.

Guinda chose the headquarters of the Spanish Association of Pulp, Paper and Cardboard Manufacturers (Aspapel), in Madrid, to present her candidacy in an act of "transparency, honesty and respect" for the sector from which she comes, as she herself pointed out.

The candidate for the presidency of the CEOE avoided criticism of the current president and his management and focused on presenting her agenda for the employers, "more proactive" and more consultative with their bases, with the ability to listen "from the bottom up to reach better solutions".

The vice president of Foment del Treball insisted on several occasions throughout the press conference on the need to consult more with the organizations and associations that make up the CEOE, and defended that the employers only "have to be complacent with their partners, who It's who he represents."

If Garamendi publicly expressed "overwhelming" support for his candidacy, Guinda has preferred to keep his endorsements until the day of the official registration of his candidacy in the CEOE.

"They will meet when I deposit them, before November 8, although you may have your suspicions," he said at the press conference.

In addition to being vice president of Foment del Treball, Guinda has been a member of the CEOE board since 2018. She also serves as technical director of the Spanish Association of Cogeneration (Acogen), a sector that she represents on the Concision Electricity Advisory Council National Markets and Competition (CNMC). Likewise, she is a member of the boards of directors of Aspapel and Gasindustrial.

The CEOE will face in the coming weeks the negotiation of the Interprofessional Minimum Wage (SMI), at the tripartite table with the Government and the unions. The Government's intention is to raise the SMI in 2023 to 60% of the average Spanish salary and the unions hope that the Executive will keep its promise.

Garamendi and Guinda have expressed a similar view of the SMI, and both agree that the amount should vary depending on the sector or the autonomous community.

The president of the CEOE has repeatedly expressed his reluctance to a new rise in the SMI and argues his decision that in some autonomies the SMI is already higher than the average salary, to which he adds that many employers cannot cope with that review wage.

Guinda has spoken in a similar line and has been in favor of approaching the SMI from "a more pragmatic vision", since "it should not be the same" depending on the sector and the situation of the worker.

"We don't have to be afraid of regulating things from complexity, because what we have to pursue is that the economy works," Guinda said.

As for wage increases in the private sector, the candidate for the presidency reaffirmed that wages "have to rise", although without mentioning ranges and always depending on the particular situation of the area.

Regarding this issue, Garamendi has been more cautious in his interventions and appeals to sectoral and company agreements, with salary increases, which have been agreed in a concrete way.

Apart from these agreements, the employers and the unions suspended the table of the Agreement for Employment and Collective Bargaining (AENC), in May, due to the discrepancies on the salary revision clause that the unions demanded.

While Garamendi encourages respect for the labor reform, agreed at the end of 2021 between the Government, the CEOE and the unions, after about nine months of negotiation, Guinda expressed his doubts about it at the press conference.

The rival of the president of the employers' association considers that the new regulations, which have not yet been in force for a year, are not adapted to the current situation of the labor market. In her opinion, this gives "an opportunity to address a new labor reform to update" the current one.

Apart from this difference, the positions of Garamendi and Guinda coincide on other issues such as misgivings about the tax on banks and energy companies, or on the need for the income agreement to go beyond wages and also include aspects such as pensions or civil servants.

1 Renfe will execute the option to purchase 101 Cercanías... 2 The payment term of companies falls for the second... 3 12% of savers still believe that they would lose their... 4 Iberdrola launches this Wednesday its new strategic... 5 Economy awaits the State Council before giving the... 6 Ciudadanos takes to Congress the CNMV proposal to... 7 Santander and BBVA shoot up 30% in time deposits until... 8 Telefónica adds one million IoT lines in three months... 9 UGT and CCOO assure that the dismissals of Twitter... 10 The debate on Budget amendments begins with the announced... 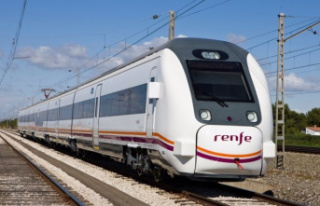 Renfe will execute the option to purchase 101 Cercanías...