The CH in an improved division

The Detroit Red Wings have more depth. The Buffalo Sabers have improved their defensive brigade. The Ottawa Senators gave their offense even more shine.

For the Tampa Bay Lightning, Toronto Maple Leafs and Florida Panthers, it will be a constant struggle. Boston Bruins? Lots of question marks.

And the Canadian? A participation in the spring tournament would be a real miracle. On the one hand, the Atlantic division has improved and that of the Metropolitan as well. So, for the Habs, this is a season where everyone will be given the chance to gain confidence and also to meet expectations in a particular context.

The draft for amateur players will be even more attractive than this year's. Connor Bedard will be the most coveted player, a concession player, they say. Let's go for an overview of the eight formations of the Atlantic Division.

Since their arrival at the Bell Centre, Jeff Gorton and Kent Hughes have succeeded, or almost, in respecting the plan established for the relaunch of the concession. Departure of some veterans, the return of young players during the last months of the season. Everything is in place for another phase of the business model concocted by the two men. In a division where teams like Buffalo, Ottawa and Detroit have made several changes, one wonders if the CH will be able to climb a few rungs. Other files remain pending, that of Carey Price is the most important. Also that of Paul Byron. Will Juraj Slafkovsky be able to get a place in the locker room? Between now and the opening of the season, will there be other changes? For now, Mike Matheson brings more weight to the revival of offense by defense. Jordan Harris and Justin Barron could be in the starting lineup. What will Jonathan Drouin do? Kirby Dach is a talented player, but who is slow to assert himself. At least it didn't work out as expected in Chicago. Nevertheless a good hope.

We still don't know Patrice Bergeron's response to his return to the game... but everything indicates that he will be at his post. It is hoped that Krejci will come out of retirement to return to Boston. But the Bruins will struggle to maintain the standards this organization has upheld over the years. Several major impact players will miss the start of the season, Marchand, McAvoy, Grzelcyk... Will the Bruins be able to compete at the same level as the best teams in the Eastern Conference? They don't have that much speed anymore. Their defensive brigade remains interesting, but it is the attack that will have difficulty giving the opponent a response. Missing the playoffs is a probability for this team.

The Sabers had a good end to the schedule last spring. The defensive squad will rely on two talented youngsters with Rasmus Dahlin and Owen Power. The attack will be a threat to the opposing defense. The problem remains in net. Eric Comrie and Craig Anderson are two goaltenders who can hardly compete with the best in their profession. Anderson is 42 years old, and over the past few years, Comrie has always come up short when given the opportunity to play as the first goaltender. We believe that the young Sabers will be able to distinguish themselves, but they will lack some resources to reach the playoffs.

Steve Yzerman rushed the dealership's recovery program. For three years, he has not changed his business model, but this summer, he took another path. David Perron, Ben Chiarot, Olli Maatta and Andrew Coop are veterans who will bring more experience to a young team. The Wings rely on Dylan Larkin, a fierce competitor. Lucas Raymond got off to a great start, although at the end of the season he wasn't as productive. Moritz Seider has the potential to win the best defender trophy. Imposing and effective to relaunch the attack. Will Ville Husso, acquired from the Blues, add more defensive stability? We firmly believe it in Detroit.

We are swimming in the unknown in Florida. The team that greatly disappointed its fans last spring has let go of one of the best passers in the league, Jonathan Huberdeau. MacKenzie Weeger is a tough defenseman and he ends up with the Flames, Mason Marchment will continue his career in Dallas, Giroux and Chiarot have only just passed. Matthew Tkachuk joins the team. Admittedly, the style of the Panthers is likely to change and with Paul Maurice behind the bench, we will seek to tighten the defensive system. The Panthers finished first in the East. Can they repeat the feat? A new driver, a new concept, it will be interesting to watch this formation which brings together several talented players.

Pierre Dorion has possibly been the most active CEO in recent months. He solved some veteran issues, he capitalized on a few draft picks with the result that the Senators have big ambitions for next season. Nothing short of qualifying for the playoffs. Three high-level center players and seasoned players like Claude Giroux and DeBrincat as well as goaltender Cam Talbot join the group. DeBrincat is a 40+ goal scorer and has a strong chance of repeating the game with players like Tkachuk, Norris, Batheson, Stützle and Giroux. The versatility of a Giroux is an important asset for a team. And, there is Thomas Chabot, this solid quarterback. Can Talbot make the difference? That's the question...

Julien BriseBois was quick to complete the necessary changes to comply with the salary cap regulations. McDonagh left. Palat ends up in New Jersey. Meanwhile, Sergachev signs an eight-year deal, defender Cernak and Cirelli agree to multi-season contracts. The Lightning is a team that has a strong chance of getting a playoff bye every year. Why ? Andrei Vasilevskiy, the best goalkeeper in the league. It is a training that relies on veterans who, year after year, meet expectations. Hedman is one of the top three defensemen on the league. Stamkos produces at the right times, Kucherov is a natural scorer. Braden Point will return healthy. A leading organization.

Brendan Shanahan and Kyle Dubas are playing big. Hit or miss. Leafs decision makers have opted for two new goalies, Matt Murray and Ilya Samsonov. A huge risk especially since Murray has disappointed at the highest point with the Senators and Samsonov has often raised the ire in Washington because of his indiscipline. In attack, we focused on improving the support staff sector. Spezza and Kase are gone, but Simmonds is still there. Not very comforting. Does John Tavares have the resources to compete with the best centers in the NHL? Matthews and Marner will still be the exceptional players. The defense relies on Morgan Rielly, but his teammates on the blue line are no longer young. The Leafs are doomed to win, period.

1 I love you too, Safia 2 Criticize Maripier without stoning her... 3 Provincial elections: a petition to make SMEs affected... 4 A body found in a burned residence in Sorel-Tracy 5 F1: Alonso leaves Alpine to join Aston Martin in 2023 6 The pandemic prompted a restaurateur to add strings... 7 Holness cannot use the name “Mouvement Québec” 8 Vancouver shooting suspect charged with aggravated... 9 Taylor Swift called 'the biggest CO2 polluter... 10 $2,000 fine for carrying McMuffins 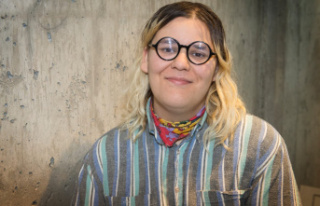 I love you too, Safia