"The children of TV": a last day of filming at the legendary Studio 42 of Radio-Canada

The “Children of TV” team was the last, on Wednesday, to record in the legendary Studio 42, located in the basement of the brown tower of Radio-Canada, in Montreal. 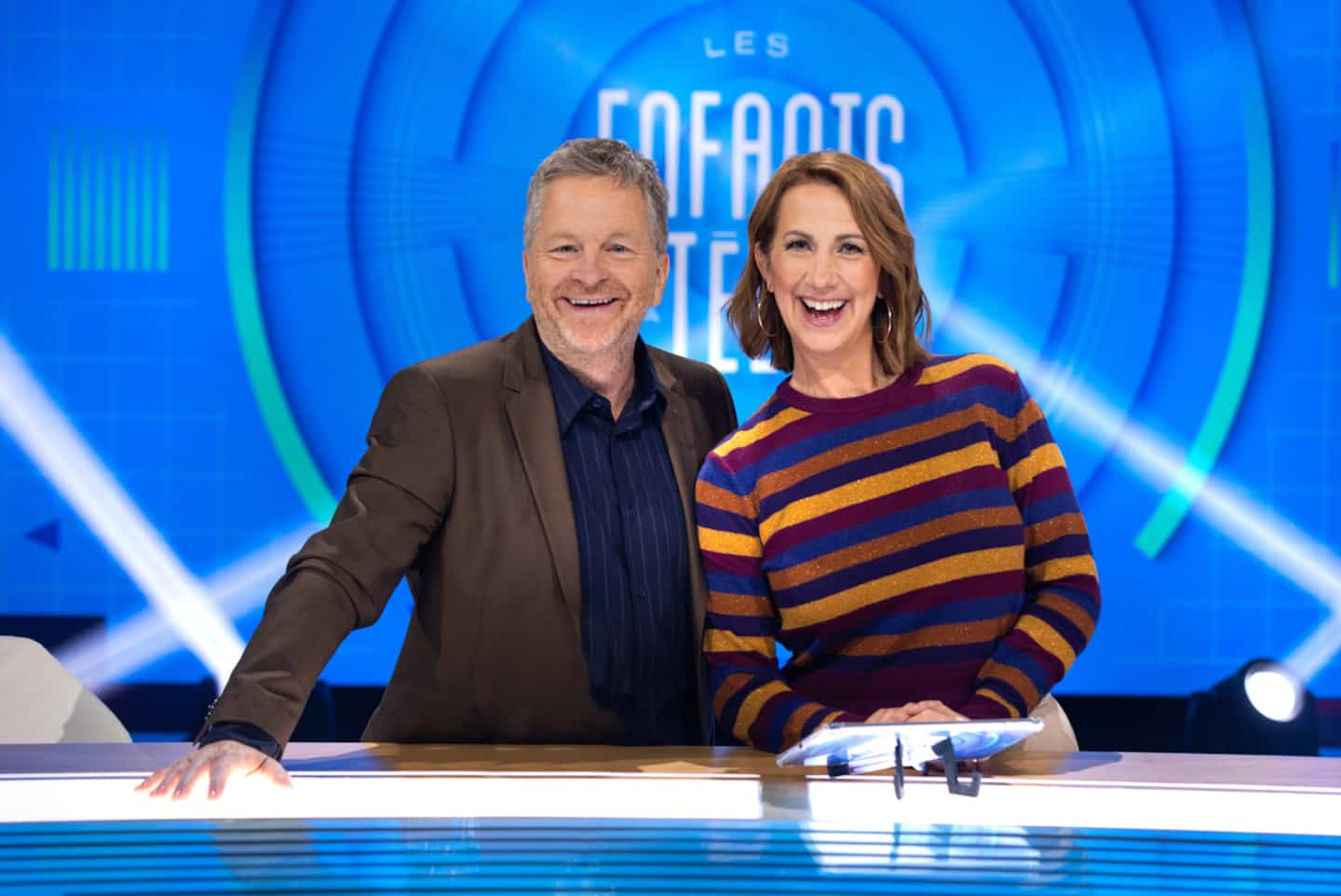 The “Children of TV” team was the last, on Wednesday, to record in the legendary Studio 42, located in the basement of the brown tower of Radio-Canada, in Montreal.

This is where we filmed all the seasons of "Everyone talks about it", but also classics of the small screen like "The work on the chain", "The demons of the midi", "Star d' one evening” and “La fureur”, to name a few. This is even where election nights took place, including that of the 1980 referendum.

As it was a special day, host André Robitaille and his new accomplice Mélanie Maynard welcomed the media and spoke about the 13th season of “Children of TV”, which will be presented from September. Eight shows have already been boxed in a brand new decor, which still remains stuck to the previous one, with the exception of the large side staircase which has given way to a few more discreet steps.

Among the guests who lent themselves to the game for the next season, there are Pierre Bruneau, Guillaume Lambert and Marjo, who was treated to a special headliner during which she sang her hit “Illegal” with Hubert Lenoir . “It was an extraordinary moment and I think it tells the story of the “Children of TV” well. We are preparing things, but there are always surprises, it is happiness for the viewer and for us,” said André Robitaille.

We were filming two episodes on Wednesday, including a special headliner dedicated to Micheline Lanctôt. The new decor can accommodate 100 people and this time we are betting on three giant screens to further showcase the archives, both in the studio and on screen. The old table, which weighed a ton according to the executive producer Benoît Léger, of Fair-Play, has been replaced by a new one that is less heavy.

a lot of crying

Mélanie Maynard hasn't quite settled in yet after a few taped shows, admitting to reporters that she often glances at André Robitaille — her older brother, she said — to find out if she's gone too far in a comment. She wants to take her place, she who succeeds Edith Cochrane, and stresses in passing that she has not “still made a monumental blunder”. "I'm crying way too much, you'll see it's the comment that will come out!" she hinted.

“The last team quickly told us that there was something natural [between us]. We come from the same place, from the same school, we have the same references”, she underlined. A few seconds later, André Robitaille spoke of Mélanie Maynard as a surprising accomplice. "There's something about her - I'm going to say it with love and she's the one saying it - mixed up, which makes it very funny." The main interested party added by mentioning that she may have to increase her dose of Concerta to increase her attention.

André Robitaille worked a lot at Studio 42, notably for the youth program "Vazimolo" in the first half of the 90s. He joked that he "stole" a few panels so as not to forget.

Studio 42, which has bleachers that can accommodate 600 people, was inaugurated in 1973. At the time, it was one of the largest on the continent, according to Radio-Canada. Studio A of the new Maison de Radio-Canada is based on IP technology and is equipped with a mesh ceiling giving technicians much more flexibility in modulating different sets. In July, episodes of the quiz game "Next", hosted by Stéphane Bellavance, will be filmed there, inaugurating the premises at the same time. 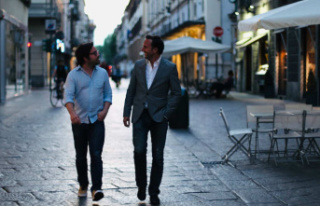