The conspiracy behind the Capitol assault 'isn't over'

American democracy, which trembled during the attack on Congress by supporters of Donald Trump, is still "in danger", will alert the head of a parliamentary committee during the presentation Thursday of its first conclusions on the responsibility of the former president in the assault on January 6, 2021. 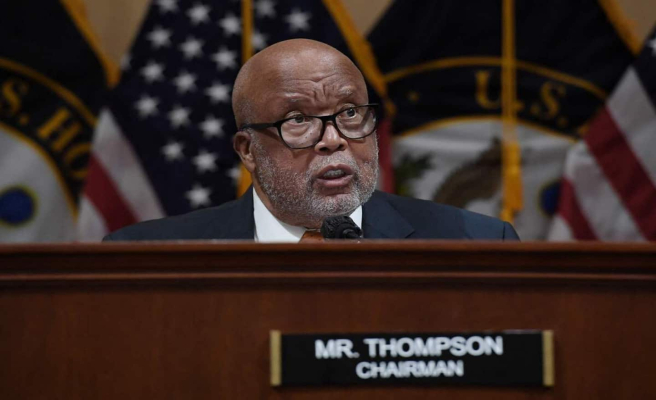 American democracy, which trembled during the attack on Congress by supporters of Donald Trump, is still "in danger", will alert the head of a parliamentary committee during the presentation Thursday of its first conclusions on the responsibility of the former president in the assault on January 6, 2021.

A man with buffalo horns wandering through the corridors of the American Congress, elected officials crawling on the ground with gas masks... The assault on the Capitol marked history.

After nearly a year of investigation, the so-called 6 January commission promises to reveal how the chaos of that day “was the result of a coordinated campaign to overturn the result of the 2020 presidential election and prevent the transfer of power from Donald Trump to Joe Biden”.

And how these threats to American democracy are still ongoing.

“Our democracy is still in danger. The conspiracy to counter the will of the people is not over”, declared the elected Bennie Thompson according to excerpts from his speech published by the commission.

For nearly a year, this group of elected officials -- seven Democrats and two Republicans -- has heard more than 1,000 witnesses, including two children of the former president, and sifted through 140,000 documents to shed light on the facts and gestures of Donald Trump before, during and after this event which shook American democracy.

Text messages, draft decrees and tweets from the former president in support, a series of lawyers and witnesses will present the different scenarios envisaged by the former president and his entourage to change the course of the 2020 presidential election, until the storming of the Capitol on January 6, 2021.

On this cold winter day, thousands of his supporters gathered in Washington to denounce the result of the 2020 election which had seen the ex-real estate magnate lose. A crowd had stormed the headquarters of the US Congress, sending shock waves around the world.

Capitol Police officer Caroline Edwards, “the first member of law enforcement to be injured by rioters” on January 6, as well as documentary writer Nick Quested, whose team was following the far-right militia of the “Proud Boys” during the attack, will be the first witnesses of this hearing.

Many Americans will find out "for the first time" what really happened on January 6, President Joe Biden said Thursday.

The commission's revelations will be broadcast live on many news channels continuously, but shunned by the most conservative media -- another illustration of the deep political fault line that has divided the United States since this attack.

Because a year and a half after the assault on the Capitol, millions of supporters of Donald Trump remain firmly convinced that the 2020 election was marred by fraud. And this, despite the overwhelming evidence to the contrary.

The main interested party, Donald Trump, once again praised this day Thursday, assuring that the assault on Capitol Hill was the “greatest movement in history to make America great again”.

Supporters of the House Committee say its work is essential to ensuring that one of the darkest episodes in American history is never repeated.

But the majority of Republicans reject its work, the leader of the conservatives in the House of Representatives, Kevin McCarthy, denouncing the commission “the most political and the least legitimate in the history of the United States”.

His party has already promised to bury the work of this commission if it were to take control of the Chamber during the mid-term legislative elections in November.

1 What's going on with Gronkowski? 2 Maryland factory shooting kills three 3 Good start for Mackenzie Hughes at the Canadian Open 4 Great disappointment for Pamela Ware 5 In the world of Claude Monet 6 Two injured in a fight in Montreal North 7 The Serge-Lemieux Golf Classic with Ron Fournier 8 Social media creates desire for surgery among young... 9 Twice as many entries since the start of the CENTAURE... 10 Assault on minors: 10 years in prison for ex-firefighter... 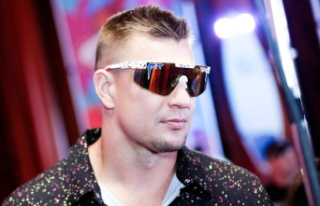 What's going on with Gronkowski?