The contraction of the GDP of the United Kingdom in the third quarter was greater than estimated, falling by 0.3% 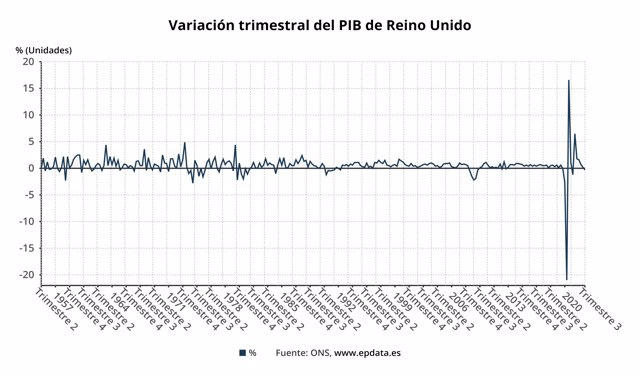 UK gross domestic product (GDP) fell 0.3% in the third quarter from the previous three months, when it had risen 0.1%, according to the Office for National Statistics (ONS), which has revised downward one tenth of the activity data between July and September, as well as between April and June 2022.

"Estimates for the third quarter of 2022 have been affected by the bank holiday in September 2022 to commemorate the State Funeral of Queen Elizabeth II," the British statistical office explained.

In the third quarter, activity in the service sector registered an expansion of 0.1%, while production contracted 2.5% and construction fell 1.1%.

In the case of British household consumption, spending registered a drop of 1.1% in the third quarter. Likewise, government spending increased by 0.5%, while gross fixed capital formation by companies advanced by 1.1%.

On the other hand, the ONS has reviewed the data for last year and now estimates that the UK's annual real GDP increased by 7.6% between 2020 and 2021, compared to the previous estimate of 7.5%.

In this way, it calculates that the level of real GDP of the second largest European economy in the third quarter of 2022 was 0.8% below where it was in the fourth quarter of 2019, before the impact of the Covid pandemic. -19.

ONS director of economic statistics Darren Morgan admitted that the revised figures show the economy "performed slightly less well over the past year than we had previously estimated, with manufacturing and electricity generation notably weaker." ".

"Household income continued to fall in real terms, albeit at a slower pace than in the previous two quarters, while, taking inflation into account, household spending fell for the first time since the final Covid-19 lockdown. 19 in the spring of 2021."

Beyond the third quarter, the ONS estimates that growth in the UK economy rebounded to 0.5% last October, after the 0.6% contraction seen in September.

The Bank of England, which last week decided to raise the reference interest rate for its operations by 50 basis points, to 3.50%, its highest level since the autumn of 2008, forecasts that the GDP of the United Kingdom will decrease 0.1% in the fourth quarter of 2022, given the weakening of household consumption and most housing market indicators.

1 Applus sells its vehicle inspection business in Finland 2 The Ibex 35 wakes up with a rise of 0.11% and maintains... 3 The CNMC fines two gas traders a total of 4.8 million... 4 Micron will cut its workforce by 10% due to the drop... 5 Two senior FTX executives plead guilty for the bankruptcy... 6 Neinor Homes sells a residential complex from its... 7 RELEASE: SOFTSWISS Shares Customer Satisfaction Survey... 8 RELEASE: Investor communication company Pedrosa Richardson... 9 Canal de Isabel II will pay a dividend of 61.7 euros... 10 Aldi closes 2022 with 394 supermarkets and 11% more... 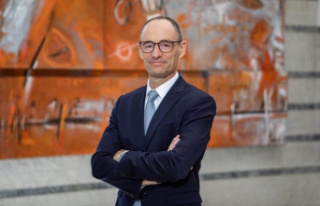