The current account surplus falls to 1,000 million until August despite the improvement in tourism 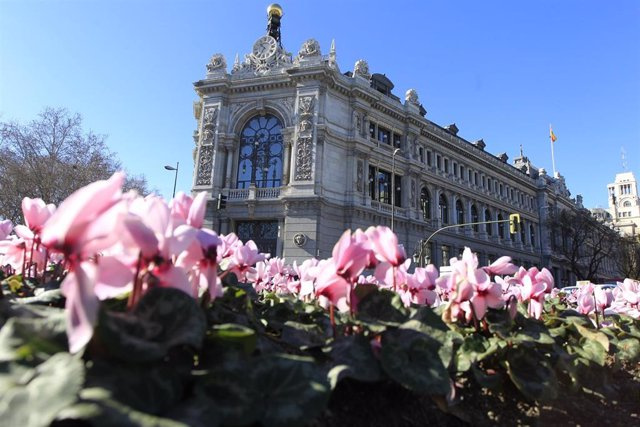 Tourism and travel presented a surplus of 33,700 million until August, above the 8,400 million in the same period of 2021

The current account balance, which measures income and payments abroad for the exchange of goods, services, income and transfers, registered a surplus of 1,000 million euros until August, which represents a decrease of 78.7% in relation to the same period of the previous year, when it reached 4,700 million, according to data published this Monday by the Bank of Spain.

The evolution of the current account balance in the first eight months of the year is explained by the worsening of primary income (income from work, investment, taxes on production and imports and subsidies) and secondary income (personal transfers, current taxes , contributions and social benefits, etc.), which increased its deficit.

On its side, the balance of goods and services registered a slight decrease in its surplus from 11,900 million last year to 10,100 in 2022. All this, despite the notable improvement in the tourism and travel surplus, which stood at 33.7 billion, well above the 8.4 billion in January-August 2021.

For its part, the balance of primary and secondary income registered a deficit of 9,000 million euros, above the 7,200 million registered between January and August 2021.

The balance of the capital account, for its part, increased its surplus in the first eight months of the year to 6,300 million, above the 4,200 million euros of the previous year.

Thus, the aggregate balance of the current and capital accounts, which determines the financing capacity or need of the Spanish economy, decreased its surplus to 7,300 million euros between January and August, compared to 8,900 million in the same period of 2021 .

The data corresponding only to the month of August show a current account deficit of 100 million euros, compared to the surplus of 500 million registered in the same month of 2021. This behavior is mainly due to the increase in the deficit of the primary income balance and secondary, which reached 1.2 billion, compared to 800 million in April 2021.

The capital account, for its part, presented a surplus of 500 million euros in August, which is 200 million more than in the same month of 2021.

With all this, the Spanish economy registered in the eighth month of the year a financing capacity of 400 million euros, in contrast to half of what it presented in August 2021.

On the other hand, in the first eight months of 2022, Spain registered capital inflows worth 22.2 billion euros, compared to 21.4 billion a year earlier.

The outflow or inflow of capital is a balance that results from taking into account what Spanish residents invest outside the country and what foreigners spend in Spain in the same period.

Considering only the monthly data and not the accumulated data for the year, in August there were capital outflows amounting to 9,600 million euros, compared to the inflow of 7,500 million a year earlier.

1 Eurozone GDP slowed its growth to 0.2% in the third... 2 Eurozone inflation remains runaway and climbs to a... 3 Economists cut their growth forecast for Spain in... 4 Brussels hopes to "advance" in discussions... 5 Repsol acquires 33% of the capital of the technology... 6 Endesa will be the first company to offer electricity... 7 Amazon reopens the doors of its logistics centers... 8 ANNOUNCEMENT: The Vallsur toy library offers activities... 9 The EU sees "unacceptable" discrimination... 10 The Ibex 35 erases the losses and defends the 7,900... 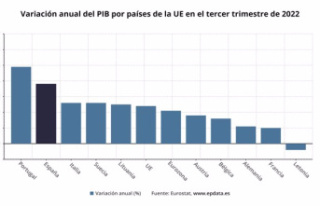 Eurozone GDP slowed its growth to 0.2% in the third...