The despair of Ukrainian farmers held hostage to the grain blockade

Nadia Ivanova should have harvested in the coming days, but so far this farmer from southern Ukraine exporting all over the world has only harvested shells. 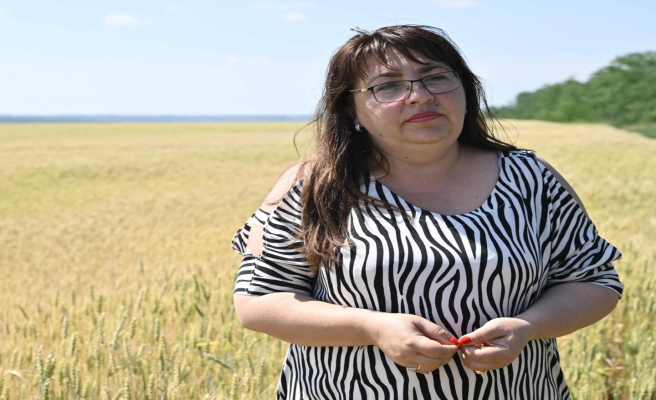 Nadia Ivanova should have harvested in the coming days, but so far this farmer from southern Ukraine exporting all over the world has only harvested shells.

“We planted very late because everything had to be cleared beforehand,” the 42-year-old farmer told AFP in the middle of her huge fertile fields.

Located not far from the town of Mikolaiv, they were shelled in March when the Russians tried to advance north, killing only two peacocks which usually ruled the barnyard.

We can still see a crater, some worthless tools have been marauded, but the enemy troops have only passed through and the front has since retreated about twenty kilometers.

Yet the damage is done.

“We replaced mustard, an early plant, with sunflowers or millet, later”, details in her zebra dress this woman responsible for 4000 hectares, who employs 76 people.

While the drop in Ukrainian cereal production raises fears of food crises in the world, the obstacles are piling up for Ms. Ivanova.

Installed in 2003 with her brother and her parents on a former “kolkhoz” which delivered tomatoes and cucumbers to the Soviet Union, she can no longer anticipate.

The barley is ripe, the flax offers the bees its beautiful blue flowers. A female dog gave birth. The first very sweet cherries, pride of the region, are there.

In times of peace, its production - more than 12,000 tons per year - would have been intended for the domestic market and for export to Europe, Africa and China.

For lack of better

For want of anything better and to make room, they are packaged in large white synthetic hessian bags.

The railway lines have been partially destroyed by the Russian army, any sailing ship promises to be sunk and the port of Mikolaiv has been targeted by missiles and the alternatives are not coming fast enough.

Result: the price per tonne has melted. From 330 euros before the war, it peaks at 100 euros now.

Within the farm, the grain cleaner was impacted. Impossible to restart it: as long as hostilities rage in the red zone, banks and insurance companies will not follow.

Anyway, no repairer today wants to come to repair under the threat of bombs, which can still fall at any time.

Hands stuffed in the entrails of a combine harvester never used and already out of order, Serguiï Tchernychov, 47, tanned skin, is desolate.

“It will take me another week to see if I can put it back into service,” he says. Gleaming despite her apparent injuries, she had cost 300,000 euros.

And then all the prices are soaring: fertilizers, pesticides... Fuel oil has tripled when you get your hands on it. The water remains unfit for consumption.

Especially since this year again, the drought will wreak havoc. Wheat ears are rickety.

But Nadia Ivanova, who from time to time points to a smiling stork or heron, continues the activity at all costs. Not harvesting would subject his land to the risk of fire, multiplied by the shootings.

Sitting on a red tractor, one of the few to drive, Oleksandr Khomenko, 38, weeds a plot to be sown in a beautiful smell of fresh cuts.

"Fear or no fear, you have to go: I have a family to feed," he says in white tank tops, to the sound of missiles whistling in the distance.

Most employees answer the call and continue to collect their pay. “I don't know how long I'm going to last,” the boss breathes. "But at home at least, there will always be something to eat." 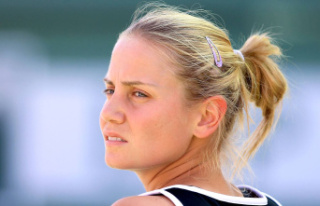