The end of an era for Tom Brady... in Tampa?

Many assumed when Tom Brady came out of his brief 40-day retirement that he was coming back to play one last season. 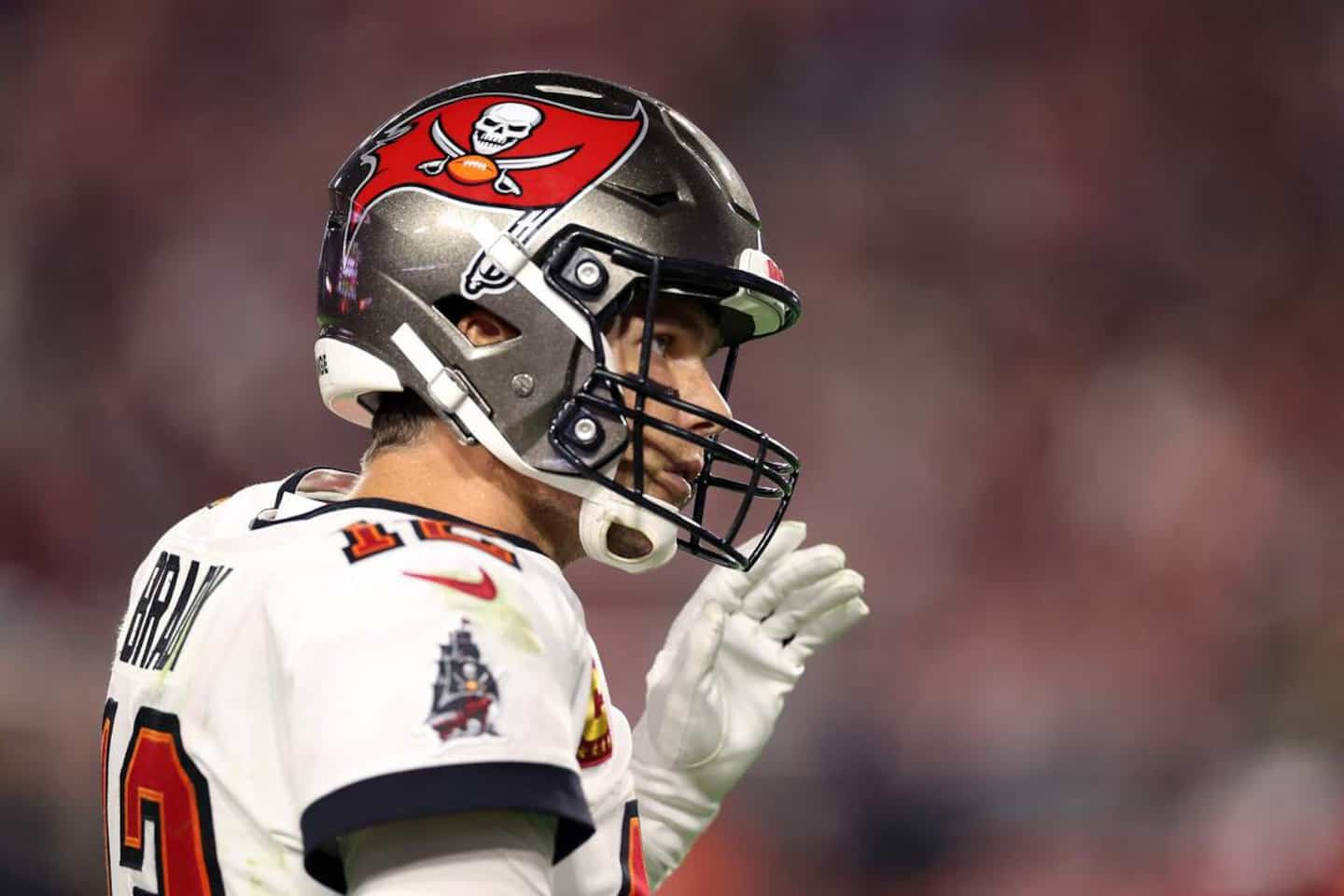 Many assumed when Tom Brady came out of his brief 40-day retirement that he was coming back to play one last season. Rather, expect this to be a final season in Tampa, but not a final season at all. After the end of an era with the Patriots, it feels like the end of his second life with the Buccaneers.

Brady and the Buccaneers needed all their little change to overcome the poor Cardinals, 19-16, in overtime on Sunday. You should know that the Cards were deprived not only of their first quarterback Kyler Murray, but also of his substitute Colt McCoy. In short, Trace McSorley fought a constant battle with the Bucs, who are supposed to be a great football machine...

For inveterate Brady fanatics, it is incredibly sad despite the final score. And despite Brady working his magic again in the fourth quarter.

The Cardinals had built a 10-point lead with just over 10 minutes to play when the renowned quarterback regained his composure. He made up for the deficit, forced overtime and orchestrated a winning streak for 66 yards in overtime.

So that's the expected result and some would say that's all that matters. However, the Bucs, with their lackluster 7-8 record, will probably qualify for the playoffs by default thanks to the fact that they play in a lousy division.

Facing a less than competent team, they would have ended up with a disastrous 6-9 record.

Coming back to Tom Brady, everything indicates that he will not be back in Tampa next season. He has a whopping $375 million, 10-year contract to join the FOX network as soon as his playing career is over.

In March, the most famous quarterback will become a free agent and at 45, despite a more difficult season than usual, he will certainly be coveted. Without being the dominant Brady he was last year, he is still better than many of his contemporaries.

According to a few well-connected journalists on the NFL scene in the United States, Brady would like to continue playing next season.

Many send him to San Francisco, where he grew up dreaming of one day wearing the colors of the 49ers. It would indeed be a grand finale worthy of a movie for this quarterback with a remarkable career.

The 49ers have a mature team, with outstanding defense and high-quality weapons on offense. They went for youngster Trey Lance in the first round last year, but after a rookie season to watch on the bench and the current season sabotaged by injury, they still don't know what's on their hands.

What if Brady's future was in Las Vegas instead? The Raiders, despite acquiring star receiver Davante Adams, have regressed this season.

Even though this offense is a turnkey project, quarterback Derek Carr falls short. Against the Steelers on Saturday night, he was also the victim of three interceptions. If this is the end of an era for Brady in Tampa, it also appears to be the end for Carr in Las Vegas.

He certainly wasn't a bad pivot for the Raiders for nine years, but this year, with the addition of Davante Adams, there was no way the Raiders would continue to vegetate.

With the Raiders, Brady would find his old accomplice Josh McDaniels, who was his offensive coordinator with the Patriots for a good part of his career.

On a recent episode of his podcast, Brady hinted that it's better for him to play and lose than not play at all. It's a contrast to the vision he's always projected of winning at all costs, but if he's ready to join a quality team that isn't going to ruin everything, the Raiders could become a logical destination. .

It is still permissible to wonder if this will be the season too many. Already the current season does nothing to add to its legend...

The offense took a while to get going against the Bears, but the 254 rushing yards are something to cheer fans about, as is the formalized third straight division championship. The Singletary (106 yards, one touchdown) and Moss (99 yards, 1 touchdown) duo hit hard.

Although the Ravens have not scored more than 17 points in the last four weeks, they have signed three wins in those four games and formalized their presence in the playoffs. They manage to survive without Lamar Jackson.

What an amazing player! Against the Commanders, Bosa had two quarterback sacks to bring his total this season to 17.5. He is now just two sacks away from the franchise record held by Aldon Smith. He must be the prime candidate for Defensive Player of the Year.

Their victory over the Eagles should not be diminished by the fact that they faced Gardner Minshew rather than Jalen Hurts. The Cowboys still closed two 10-point deficits. This duel offered quite a spectacle! Hats off to Minshew too, by the way, for an inspired performance in defeat.

In the victory against the Giants, the receiver was still monstrous. He set two franchise marks with 123 receptions and 1,756 yards this season. In no less than 24 of his 48 games to date, he has gained 100 yards or more. Unbelievable!

This team is in complete disarray. The loss to the Texans puts the Jaguars now ahead of the Titans in the South Division. Nothing goes with five defeats in a row.

We were just starting to take the Lions seriously and now they looked miserable against the Panthers. The defense gave up 320 rushing yards, a team record for the Panthers.

The Commanders continue to fall and they find themselves with a quarterback controversy on their hands. Taylor Heinicke lost his position to Carson Wentz and it could become a hot potato down the stretch for the playoff race.

The Browns are officially eliminated from the playoff race. After his suspension, Deshaun Watson needed to provide a spark for the offense. Since then, they are 2-3, Watson has thrown just two touchdown passes and three of his passes have been intercepted. There is something to be worried about.

Do we really need to say more about their disastrous performance? It would be a complete waste of energy...

The Vikings and Giants appeared to be heading straight for overtime with a 24-24 tie, but a 17-yard gain from Justin Jefferson on a pass from Kirk Cousins ​​put the Vikings in position at 42 of the Giants. The Mauves relied on kicker Greg Joseph for a 61-yard field goal attempt. Joseph made the punt, which is the longest in franchise history and his personal best. For the Vikings, it was the 11th victory by possession this season, a high in NFL history. Jesus, Mary, Joseph!

The Bengals completely dominated the Patriots at 22-0 before they came back to life by scoring 18 unanswered points to spice up the duel. The Patriots even had the ball with just under a minute left five yards from goal. On a first try, Rhamondre Stevenson dropped the ball. The marauder Vonn Bell caused him to lose the precious object recovered by BJ Hill. At 7-8, the Patriots remain alive, but they are in real danger of being out of the playoffs.

In the spectacular showdown between the Cowboys and Eagles, the Cowboys tied the game at 34-34 in the fourth quarter after being backed into the wall. Facing an impossible situation of third down and 30 yards to go, they managed to stay alive when Dak Prescott fired a 52-yard bomb at newly joined TY Hilton. This game gave wings to the Cowboys. In addition to scoring the tying touchdown, they then caused two successive turnovers to score two placements that confirmed the victory.

It was not one game, but a series of plays that sank the Titans, when they held a 14-10 lead against the poor Texans. At the start of the fourth quarter, a fumble from Derrick Henry was the trigger for the bleeding. The Texans then scored a field goal to close the gap to one point. On the following offensive sequence, the Titans gained only two yards and were forced to punt. The Texans then scored the touchdown that gave them the lead. Along with two more opportunities, the Titans saw two passes from Malik Willis intercepted. Hard, hard day!

The Packers' defense hasn't made a lot of noise this season, but now that the team is fighting for survival and every game is one-night stand, this unit has come up against the Dolphins. On three successive streaks, passes from Tua Tagovailoa were intercepted by Jaire Alexander, De'Vondre Campbell and Rasul Douglas. A disaster for the Dolphins! The Packers are therefore still clinging to the slim hope of making a playoff spot, while the Dolphins remain seventh and last in the American Conference for a playoff spot.

1 COVID-19: China to lift quarantines on arrival on... 2 On Boxing Day, US counts dead from winter storm 3 [IN IMAGES] Christmas storm: Route 132 damaged by... 4 Acquisition of Daulton Varsho: the Blue Jays very... 5 First anniversary of the death of filmmaker Jean-Marc... 6 [IN IMAGES] Shoveling never seen in Buffalo: their... 7 [PHOTOS] Suspects wanted after an armed attack in... 8 A Czech ready for the World Juniors … without his... 9 Coyotes: NHL's second most productive rookie... 10 NBA: Pascal Siakam and the Raptors want to take advantage... 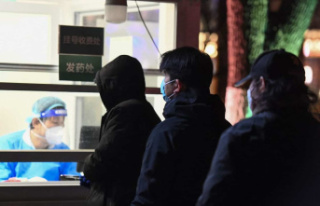 COVID-19: China to lift quarantines on arrival on...