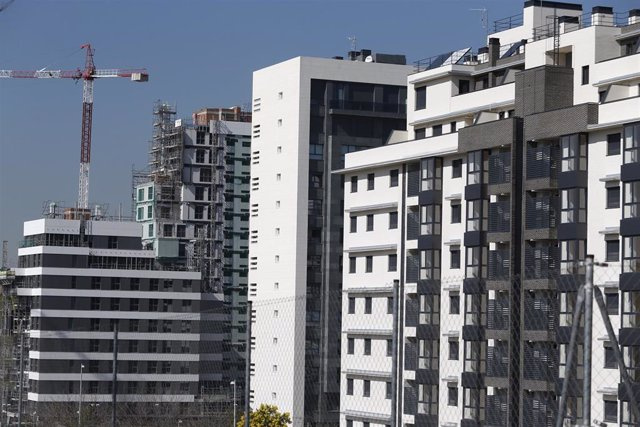 The 12-month Euribor registered a monthly average of 2.626% in October, with one day left in the month, in such a way that, if it closed like this, it would have reached its highest level since December 2008, when it stood at 3.452%, according to data consulted by Europa Press.

This past Friday the Euribor has registered a value in its daily rate of 2.567%, which represents a decrease compared to the level of Thursday, of 2.671% and compared to the value of Friday, October 21, when the index stood at 2.778 %.

In recent days, the index to which the majority of variable mortgages in Spain are referenced has been spurred by the expectation of a new rate hike of 75 basis points by the European Central Bank (ECB), an increase that has finally occurred and which has meant increasing rates to 2%.

However, after the ECB meeting, the Euribor fell to 2.5%. In this sense, the director of mortgages for the comparator iAhorro, Simone Colombelli, points out that growth in October "has slowed down". "Between August and September, the increase was almost one point and this month it has dropped to 0.393 points. If we look at the trend of other years, at the end of the year the Euribor always moderated its growth a little," he explains. However, she is cautious in indicating that this moderation may not be so evident "especially if the ECB continues to raise rates between now and December."

If the monthly settlement is confirmed at this level, a person who has contracted a 30-year variable mortgage of 150,000 euros and with a differential of 0.99% plus Euribor will suffer an increase in their mortgage payment of around 234 euros, that is, It would go from paying 449 euros per month to paying 683 euros from the review, which is equivalent to an increase of 2,800 euros per year.

For iAhorro, the rate hike announced yesterday by the ECB "does nothing more than feed the Euribor", which could end the year between 3.2% and 3.5%. However, Colombelli shows his prudence by assuring that "it is very difficult to make an accurate prediction because each month surprises us more than the previous one."

iAhorro points out that, with this average Euribor level of 2.626% and bank spreads of around 0.80%, interest rates on variable mortgages are around 3.5%, which has also triggered fixed-rate mortgages. In this way, some banks would already place the fixed TIN above 3%, a situation that could intensify in the coming months.

"In six, seven or eight months things will get worse, I have no doubt. Our forecast is that in the spring of next year the fixed rate will worsen considerably if the Euribor continues to rise", explains the director of mortgages of the comparator.

Analysts at the HelpMyCash.com financial comparator believe that the Euribor will reach 3% before the end of the year. In this regard, they explain that this index -which represents the average interest at which banks lend money to each other and that "it rises if it costs more for entities to finance themselves through the ECB"- is usually maintained between 0.5 and one point above the interest rate set by the central bank.

"When this organization intends to raise them, as is the case now, that difference widens, since the banks transfer this future increase to the interest on their interbank loans. For this reason, it is more than likely that this index will reach 3% before the end of the year and that it remains at very high values ​​in 2023", the experts of the comparator transfer. 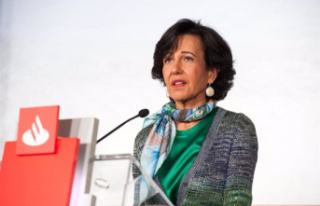