The euro is close to crossing under a dollar, the lowest since 2002

The euro briefly touched exact parity with the dollar on Tuesday, a level not seen since the year it came into circulation, with the single currency suffering from the risks of a cut in Russian gas supplies for the European Union. 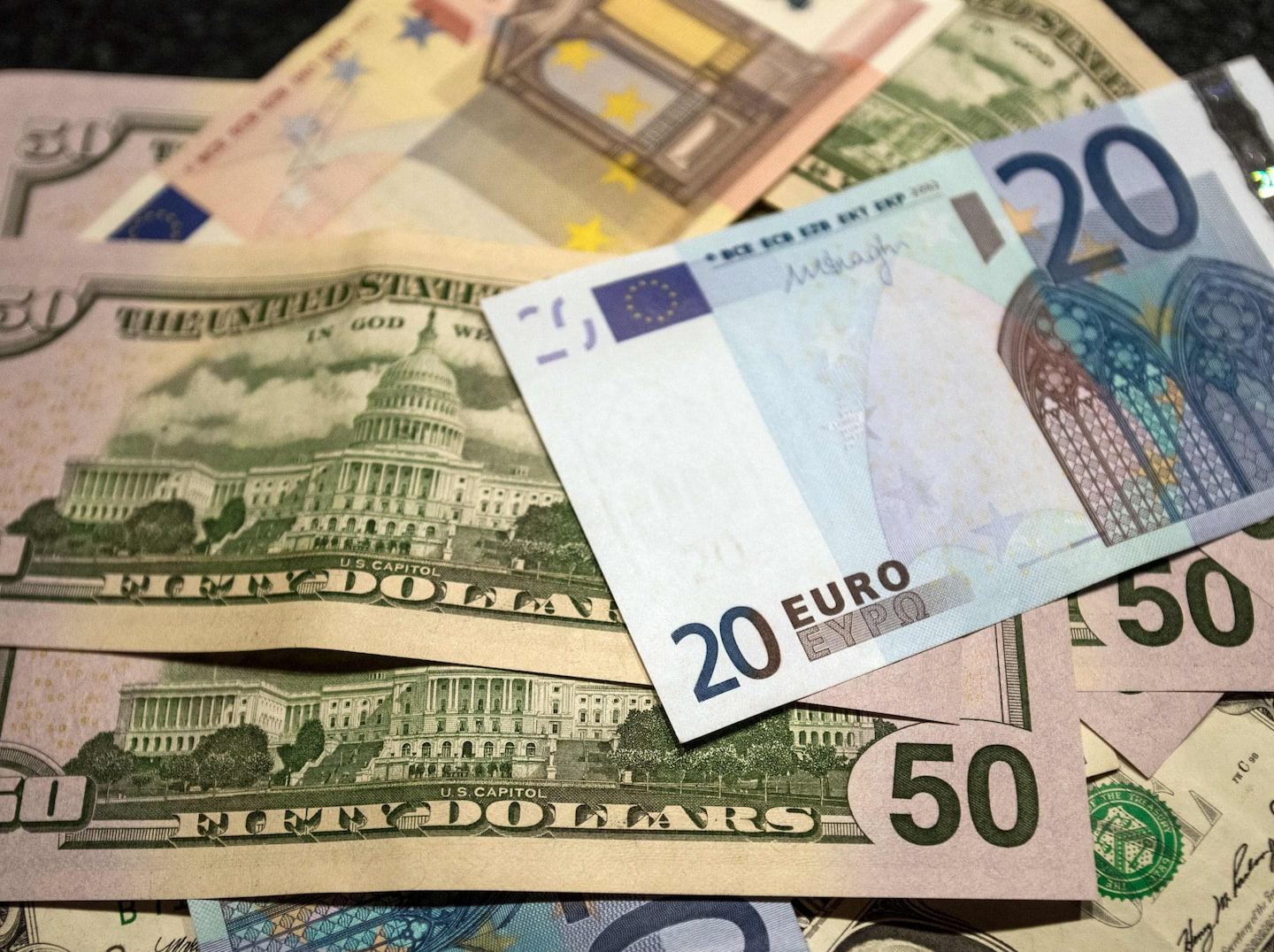 The euro briefly touched exact parity with the dollar on Tuesday, a level not seen since the year it came into circulation, with the single currency suffering from the risks of a cut in Russian gas supplies for the European Union.

But investors seemed reluctant to significantly cross this symbolic milestone and the euro stabilized against the greenback at $1.0050 around 2:30 p.m. GMT, up 0.10%.

A respite that should not last: several analysts expect the euro to fall below the dollar cap, which has not been seen since December 2002, when questions about the brand new single currency weighed on his courses.

The market is worried about a major energy crisis on the Old Continent, doubting Russia's restoration of gas flows after an interruption for maintenance on the Nord Stream 1 gas pipeline. This situation accentuates fears of recession in Europe.

Energy from Russia “is at the heart of the turmoil in Europe” and Canada's announcement on Saturday that it would return turbines destined for the Nord Stream gas pipeline to Germany to ease the energy crisis with Russia “is without positive impact”, comments Jeffrey Halley, analyst at Oanda.

Listen to Olivier Bourque, economic journalist at the microphone of Alexandre Moranville on QUB radio:

On Monday, Russian energy giant Gazprom began ten days of maintenance on the Nord Stream 1 gas pipeline. Germany and other European countries are waiting to see if gas delivery will be restored.

“The key question is whether the gas will come back after July 21. The markets seem to have already made up their minds,” notes Mr. Halley.

For Mark Haefele, analyst at UBS, a halt in Russian gas deliveries to Europe “would cause a recession in the whole euro zone with three consecutive quarters of economic contraction”.

The European Central Bank (ECB) will therefore find it difficult to tighten its monetary policy to combat runaway inflation without worsening the economic situation.

The U.S. Federal Reserve (Fed) has more leeway to continue its rate hikes, as jobs numbers released on Friday showed the U.S. economy is holding up better so far.

On Wednesday, inflation data from France, Germany and the United States could fuel investor concerns about a divergence of economies on both sides of the Atlantic.

"If US inflation is stronger than the market expects, it could benefit the dollar", investors are betting that the Fed will have to act even faster to raise its rates, said Fawad Razaqzada, analyst at Forex.com.

"Investors are struggling to cross the symbolic threshold of parity" and to bring the euro down below this level, said Walid Koudmani, analyst at XTB.

“This slow pace proves that this is a long-term movement of selling the euro and buying the dollar, and not a manipulation of the market”, adds Mr. Razaqzada.

The euro is also in trouble against the Swiss franc, also a safe haven: it fell to 0.983 6 Swiss francs, its lowest since 2015.

The dollar also shines against other currencies considered vulnerable to risk: the pound sterling plunged to 1.180 7 dollar, a level more reached since March 2020, when the beginning of the COVID-19 pandemic in Europe, in full Brexit negotiations, had pushed the British currency back to its lowest level since 1985.

Here are the main dates for the course of the euro, which on Tuesday touched parity with the American dollar for the first time in nearly 20 years, carried away by tensions over energy in Europe and the strength of the greenback.

The euro, the official currency of 19 countries of the European Union and 340 million Europeans, has returned to its levels at the end of 2002, the year of its introduction.

On December 31, 1998, on the eve of the launch of the euro, provided for by the Maastricht Treaty, the final conversion rates were unveiled with great fanfare in Brussels: it would take 1.955 83 German deutschemarks, 6.559 57 French francs or 1,936 27 Italian lire for one euro.

The strength of the single currency does not last: as the United States economy booms, the euro slips below the $1 threshold in January 2000, and sinks to an all-time low of $0.8230 late october.

The euro finally begins to be used by the inhabitants of eleven countries on 1 January. The economic outlook for the euro zone and the United States is converging, and the euro is evolving around parity, before crossing the one dollar mark for good at the end of the year, and never going back below this level before 2022.

The subprime mortgage crisis cut investors' appetite for the greenback, which saw its price plummet in 2007. As the US central bank (Fed) flooded the market with liquidity to bail out Wall Street, the euro hit an all-time high in July 2008, at $1.6038.

From November 2008, however, the euro zone entered a period of recession and, in 2010, the European debt crisis began.

In May, the euro zone and the IMF come to the aid of Greece with 110 billion euros in aid. In June, the single currency faltered at 1.1877 dollar.

In July 2012, the President of the European Central Bank (ECB) Mario Draghi declared that the institution was "ready to do whatever is necessary to preserve the euro", allowing the currency to rise.

But while Mario Draghi's program reassures investors about the future of the currency, the euro zone is struggling to return to robust growth and the ECB is maintaining an ultra-flexible policy.

While the European economy is struggling to recover and inflation remains low, the ECB welcomes without flinching the fall of the euro, which favors exporting companies. In 2014, the euro slipped below 1.2 dollars.

In 2016, several political events worried the markets: the Brexit vote in June, a sign of the rise of anti-EU sentiment in Europe, then the election of Donald Trump to the White House, which pushed traders up. dollar, safe haven. The euro is then close to parity against the greenback, at 1.034 1 dollar in January 2017.

That year, the election of Emmanuel Macron as French President reassured the markets to some extent about the future of the euro zone. In February 2018, the single currency rose back to $1.255.

First, the COVID-19 pandemic pushes the Fed and the US government to support the US economy at all costs, and pushes the dollar down.

But the Fed begins in 2021 to signal that it intends to tighten its monetary policy. It begins to raise its rates in 2022, while in Europe, the raging war in Ukraine prevents the ECB from acting as quickly to counter inflation.

The euro-dollar couple flirts with parity again in early July, as Europe's lack of gas supply worries and on Tuesday the euro hits the one-dollar threshold, a step back almost 20 years. , at the time when Europeans discovered for the first time the coins and banknotes of their common currency.

1 Credit card minimum payment increases to 3.5% of balance 2 Lego announces that it will permanently cease sales... 3 Uber: Lobbyist Mark MacGann announces he is the whistleblower 4 Caisse de dépôt increases its stake in an Indian... 5 Opening your mortgage before maturity, can it be advantageous? 6 The watchdog of our personal data concerned about... 7 Apple's autonomous car still far from being without... 8 $1 billion for a battery component factory in Shawinigan 9 A first class action lawsuit filed against Rogers 10 Three Quebec municipalities in the top 25 of the best... 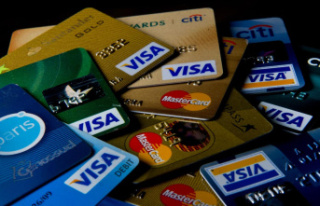