Thousands of Ukrainians fled the war to settle in Quebec. 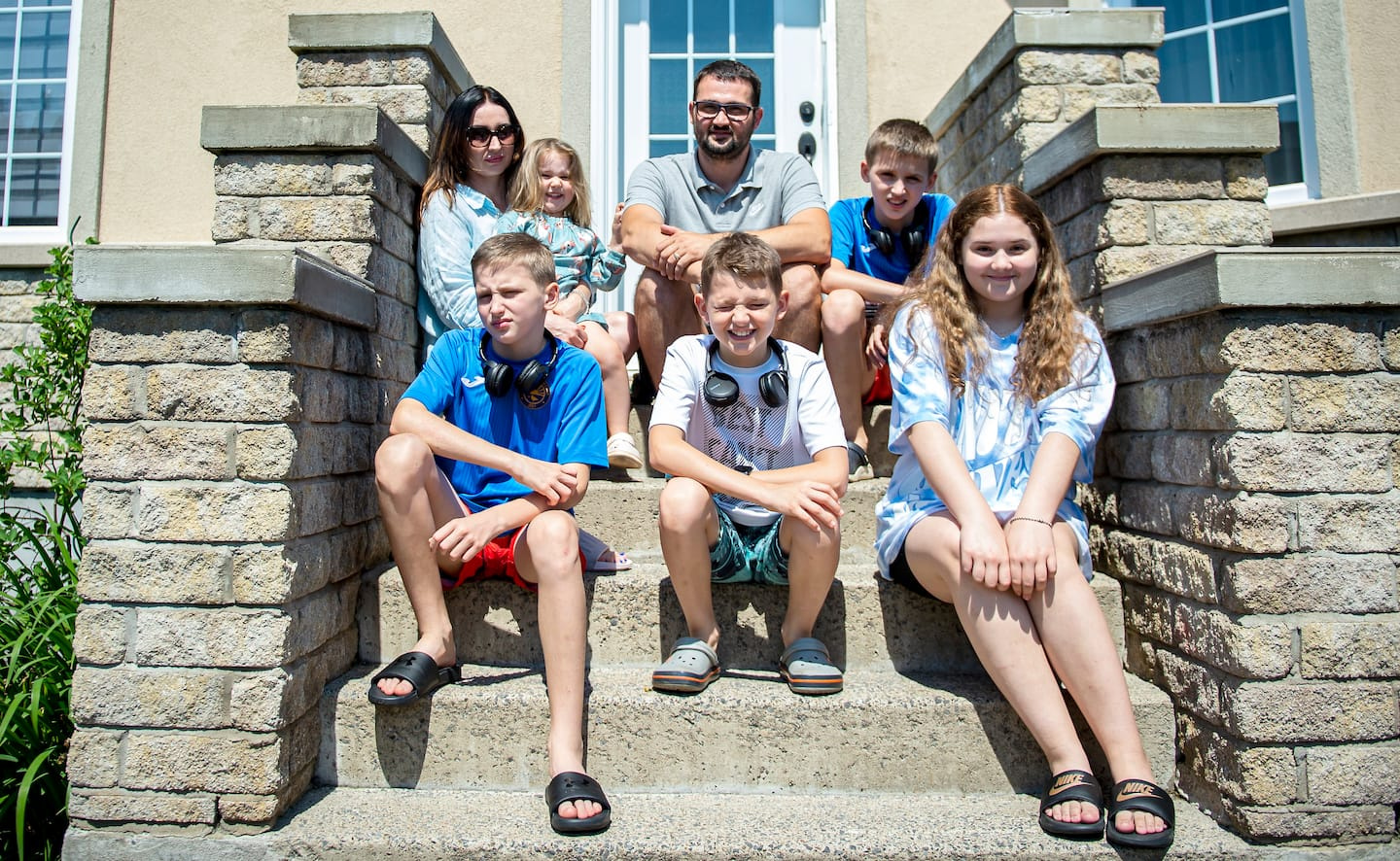 Thousands of Ukrainians fled the war to settle in Quebec. Over the next year, Le Journal will follow the Mariichuk family — Dmytro, Oksana and their five children — to better understand the ups and downs of the journey of these refugees.

They have been in Quebec for a month now. After the happiness and relief of having arrived in Repentigny, the Mariichuk realize that it will take time before they can feel at home.

“We understand that we are far from home and from our families. It's more difficult than the first days," breathes Dmytro Mariichuk, 35 and proud dad.

With his wife and five children, he abandoned their small suburban house in Sviatopetrivske, "the Repentigny of Kyiv", as soon as the Russian army first advanced.

It was long before knowing that they would emigrate to Canada, or that complete strangers – Louise Jalbert and Roger Chenard – would lend them their home in Lanaudière for free for the summer.

"It was a miracle," says the Ukrainian refugee.

When Le Journal met the family at Montreal-Trudeau airport at the end of May, both the parents and their children aged 2 to 14 were especially exhausted by their flight.

“The first few days, I slept so much! exclaims Anastasiia, the eldest, who continued the Ukrainian school from a distance despite everything.

Dmytro and Oksana, on the other hand, have been busy settling the departure paperwork, with the precious help of their host Louise.

To start all over

What was the most difficult for them? Oksana and Dmytro exchange meaningful looks.

“I have to start from scratch. At 35,” sighs the father of the family.

In his home country, he was a successful entrepreneur selling structural steel. Here he is still looking for a job.

“I have a big family, and that comes with big responsibilities. In Ukraine, we had all kinds of projects, and they all disappeared in the space of a day”, regrets Dmytro, apologizing for looking for his words in English.

As recently as this year, the couple had purchased land to build a house to their liking.

Oksana also had to give up her own party decorating business.

However, the Mariichuk are determined to do everything possible to live a normal life in their adopted country.

Miia, their almost three-year-old blonde, frolics happily in the living room without realizing the sacrifices that this entails.

"It's easier for her. She's so small,” Dmytro said, smiling at the sight of her.

The Mariichuks have already started private French lessons twice a week thanks to Céline, a friend of their hosts. But they go a long way. “We started with the [Latin] alphabet,” laughs Mr. Mariichuk, used to reading in Cyrillic. They are also enrolled in francization courses in July.

The Mariichuk children can't wait to make friends in their new country. “At the moment they cannot talk to anyone their own age because of the language,” says Dmytro Mariichuk. Only Andrii attended primary school for a few days, which allowed him to meet other children.

The family of seven are lucky enough to live in a three-bedroom home while their owners spend the summer camping. “But eventually, we will have to find our own house,” warns Dmytro Mariichuk, who has not yet started the search in the midst of a housing crisis.

Both Dmytro and Oksana are looking for jobs, ideally in their field, but maybe not. Their lack of knowledge of French complicates their procedures. However, the expenses have continued to accumulate since their arrival. "For groceries, it's about $500 or $600 a week, and we only buy the minimum," says the father of the family.

Get to know the culture better

Having never set foot in Canada before May 29, Dmytro and Oksana's family are slowly discovering life in Quebec, from Montreal to Repentigny. They also spent a superb Saint-Jean-Baptiste in a municipal park and intend to learn more about their adopted culture in the coming months.

1 A road tragedy leaves three dead in Sept-Îles 2 He has been waiting since April 3 for a response from... 3 Cycling: Côté and Boilard are champions 4 The winning recipe from Clay and Friends 5 Festival en chanson de Petite-Vallée: 8 shows to... 6 Petite-Vallée: lovers of the festival 7 Lose 100 pounds during the pandemic 8 Construction industry: foreign workers as reinforcements 9 Half a million for religious heritage 10 Longueuil: the BEI launches an investigation into... 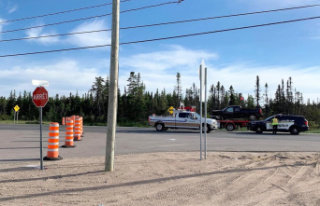