The FTQ goes to war against the CAQ government

An arrogant government, undemocratic, anti-worker and disconnected from the ordinary world. 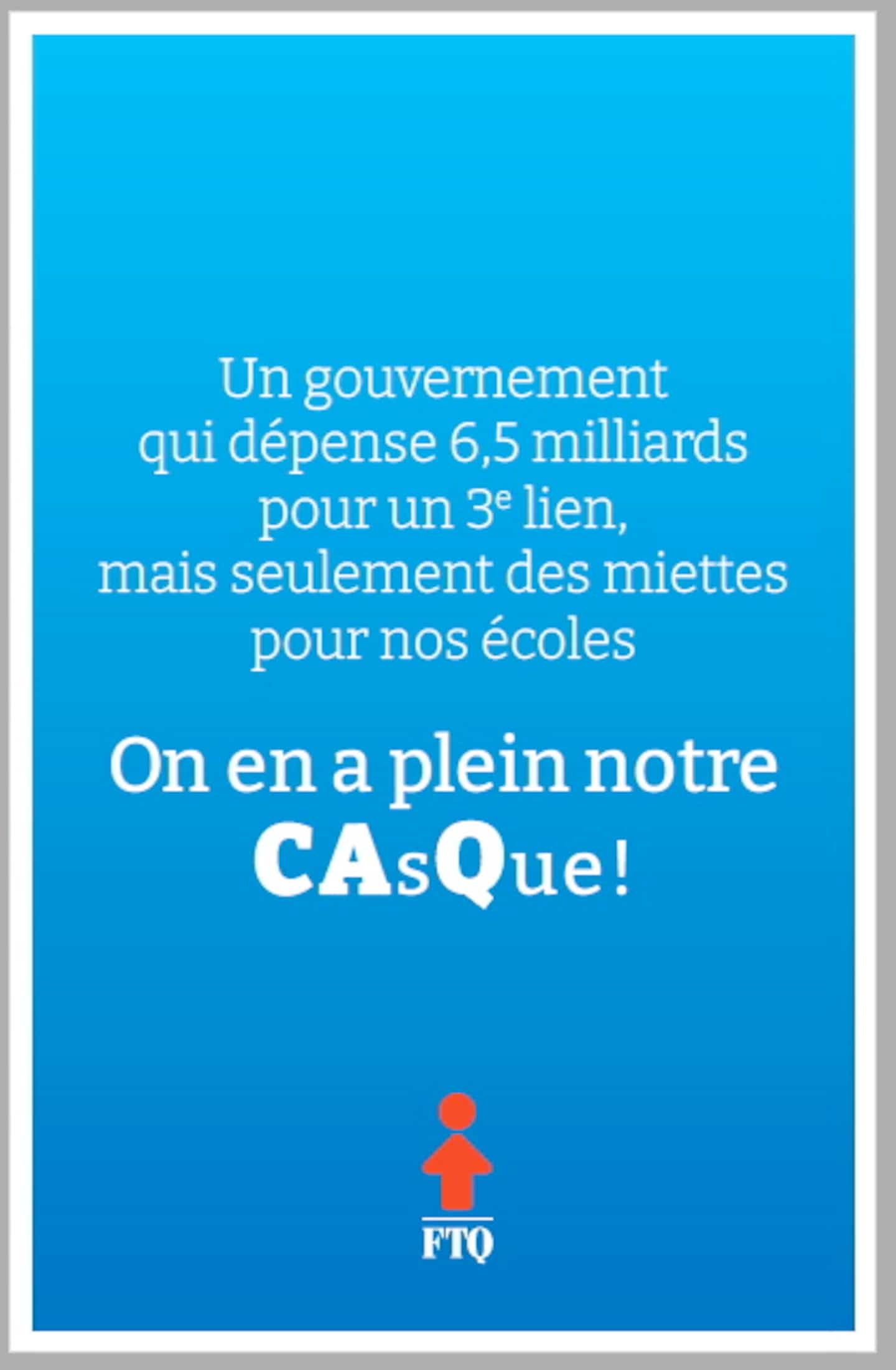 An arrogant government, undemocratic, anti-worker and disconnected from the ordinary world. The largest union in Quebec does not go there with the back of the spoon to criticize the CAQ in a new radio ad.

“We are disappointed with this government. His record is not up to par for people who claim to be close to the world. I'm sorry, but we represent real people, and we must be listened to, "said Daniel Boyer, president of the Fédération des Travailleurs du Québec (FTQ), which has 600,000 members.

The FTQ has invested $150,000 in a pre-election campaign launched in June, the radio component of which can be heard this week on Quebec radio waves.

"A government that does nothing for the climate crisis, that chooses to invest in a tunnel before investing in health and education, that does nothing for public transit, access to family doctors, the shortage manpower, the situation of seniors and the lack of child care spaces, well, we've got plenty of it,” the ad reads.

The FTQ invites Quebecers to compare party programs and take stock of the current government. The board also invited all party leaders and "even Eric Duhaime" to discuss the October 3 election.

For now, François Legault and Dominique Anglade are the only two who have not shown up at the Fernand-Daoust building on Crémazie Boulevard in Montreal.

“We are not just troublemakers, strikers and whiners. We want to improve Quebec society,” insists Daniel Boyer.

He does not criticize for the sake of criticizing, in short.

"We want to be involved. It's easy to get on the table and scream. It's a lot more complex to sit down, find solutions, sell them to our members, but it's much more productive,” he adds.

Why a radio commercial now, in the middle of summer?

"Because we don't have the right to do it during the election period, which should start no later than mid-September and we wanted to be glued to it as much as possible," explains the union leader.

Incisive, the message was adopted unanimously. No one at the central union is afraid to alienate members "even if some vote for the CAQ", because "we are defending our world".

"Working conditions in the health network have been butchered with decrees without consulting union representatives," decries the FTQ, among others.

Its president also insists a lot on the environment, an issue in which the CAQ "has done almost nothing".

At the Prime Minister's Office, we preferred not to comment yesterday.

– With the collaboration of Marc-André Gagnon

1 Very popular scooters... and illegal 2 Provincial elections: a former ADQ candidate for the... 3 Worker dies in container yard 4 Cost of living: forced to sulk sections to make ends... 5 Free union: what are the financial impacts? 6 Serial macaque attacks in Japan: one of the monkeys... 7 New UK train strike amid purchasing power crisis 8 Weather of the day: still sunny and warm across Quebec 9 Traverse de Matane: non-licensed seagoing personnel... 10 The noose is tightening on Trump 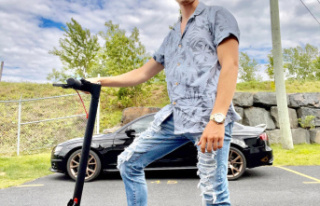