The only defeat of the PSOE was a PNV amendment to allocate 7 million to Saharawi camps that United Podemos did support. 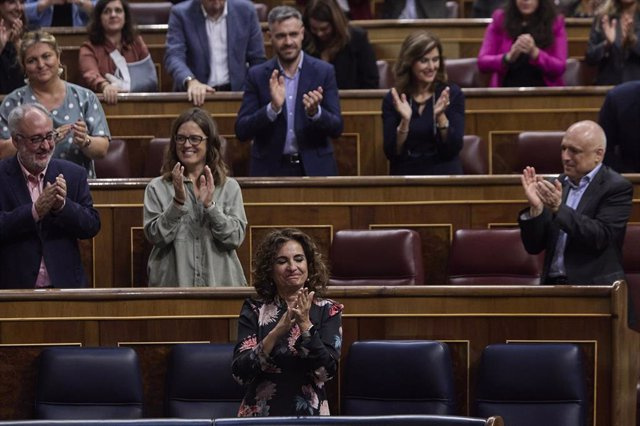 The General State Budgets for 2023 have passed the first votes on Tuesday in the plenary session of Congress, incorporating a total of 34 amendments agreed with the allies of the Executive into the coalition government project.

After more than 12 hours of debates, in which eleven ministers have been defending the budgets of their respective departments, the amendments submitted by the different parliamentary groups to next year's public accounts have been voted on. Specifically, the proposed amendments relating to the articles of the law and the accounts of seven ministries have been put to the vote.

A first day of voting in which the PSOE has only lost one vote. It has been with an amendment of the PNV to allocate a game of seven million to UNHCR for the infrastructure of Saharawi refugee camps in Tindouf (Algeria), a proposal that has been supported by Unidas Podemos, PP, Ciudadanos, Más País, Compromís, Junts and the BNG, but that both the PSOE and the ERC have rejected.

But it was not the only surprise of the day, since an ERC amendment was also approved to allocate 30,000 euros to the Aranese Studies Institute-Academia Aranese dera lengua Occitan. Yes, it is supported by the PSOE.

As regards the rest of the votes, not only those presented by Ciudadanos and the PP have been rejected, but also others from Junts, ERC, PNV or Más País, among others. From Vox they have chosen to vote in favor of those amendments of their interest, while they have not ruled on the rest.

In what has not been a surprise has been the incorporation into the budget project of the 34 amendments negotiated with the parliamentary allies of the Executive, mainly ERC, Bildu, Más País and the PDeCAT.

Among them, agreements with Bildu to, among other things, allocate two million to the University of Mondragón and another 1.5 million to the University of the Basque Country. On the part of the PDeCAT, Congress has approved measures to modify the regime of self-employed workers dedicated to street vending, tax benefits for different ones held in Catalonia and other modifications in the cooperative regimes, with the aim that they are not harmed by the indefinite contract.

On the ERC side, new transactional amendments have been incorporated to transfer to Catalonia 900 million euros destined to undertake works on "key" infrastructures in the rail and highway spheres, in addition to including mechanisms for budget execution in the region.

With regard to Más País, a provision to promote collective self-consumption facilities has gone ahead, as well as a two million item in favor of the Center for Legal Studies of the Administration of Justice and another package of one million euros to create the Observatory of Eating Disorders.

Likewise, another transactional amendment by Más País and ERC has been approved to allocate up to 24 million euros to a state-level oral health plan.

However, there are still several compromise amendments to be voted on Wednesday, the second and last day of voting on the proposals for modification of the different parliamentary groups.

It will then be when a transactional amendment of the PDeCAT is approved on Wednesday to declare all the bus lines concessioned by the State free during 2023, in addition to introducing new measures that together will involve investments worth 40 million euros in Catalonia.

On the other hand, the Bildu proposal agreed with the Government on the extension throughout 2023 of the 2% limit for updating rental income and the 15% increase in non-contributory pensions will also be discussed, and that will advance in Questions of Historical Memory and self-government.

The approval of another Bildu transaction is also expected to incorporate 200 new MIR parking spaces, reaching a total of 1,200 additional parking spaces by 2023, in addition to the creation of the March 3 Memorial in Vitoria-Gasteiz and the transfer of the Traffic and Road Safety in the Foral Community of Navarra.

And Thursday will be the time to approve the different ministerial sections of the Budget, knowing that a defeat in any of them would mean the demolition of the entire Government project. In principle, and in the absence of ERC and Teruel Existe defining their vote, the PSOE and Podemos already have enough support to win the vote after obtaining the support of PNV, Bildu, Más País-Equo, Compromís, Coalición Canaria and PRC, as well as the abstention of the BNG.

1 ANNOUNCEMENT: Stephen Hermitage joins Sai Life Sciences... 2 STATEMENT: TECNO has presented the PHANTOM X2 series... 3 STATEMENT: The warning comes after an investigation... 4 RELEASE: Epson Europe and SEGA of America Team Up... 5 Endesa foresees the distribution of up to 5,390 million... 6 Rovi leads the losses of the Ibex 35 with a drop of... 7 Yumminn raises 1.4 million to boost its payments with... 8 The Ibex 35 wakes up with a rise of 0.1% and maintains... 9 Rovi will increase its revenues between 5% and 10%... 10 Oncostellae opens a round of 3.3 million with the... 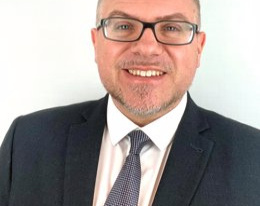