This figure will be financed by financial institutions and will have a maximum period of 90 days to resolve claims. 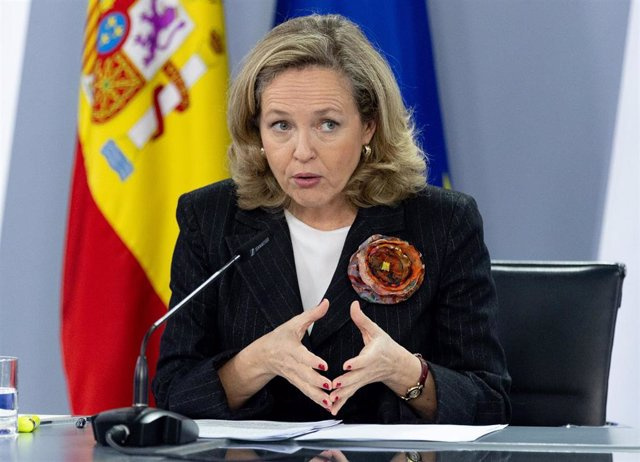 The Council of Ministers has approved this Tuesday the draft Law of the Authority for the Defense of Financial Clients, whose objective is to facilitate and reinforce the protection of citizens before financial institutions.

The norm will now be sent to the Cortes for its parliamentary processing with the objective that it enters into force next year.

The creation of this figure will allow clients of financial institutions to submit claims free of charge in the banking, insurance and financial investment fields before a single body, since it will centralize the current claims services of the Bank of Spain, the National Commission for Stock Market (CNMV) and the General Directorate of Insurance and Pension Funds.

Claims may be filed with the Authority by individuals or legal entities that are clients of financial services for possible breaches of rules of conduct, good practices and financial uses, as well as clauses declared abusive by the corresponding high courts.

The resolutions will be issued quickly, based on uniform criteria, within a period not exceeding 90 calendar days from the completion of the file, and will be binding on financial institutions when the claims are related to the regulations on conduct and protection of the clientele, or with abusive clauses declared as such by the high courts and for an amount of less than 20,000 euros.

In the rest of the cases, when the resolutions are not binding because they are of a matter unrelated to the rules of conduct or of an amount greater than 20,000 euros, they will have the value of an expert report if they decide to contribute in a legal defense procedure. of your interests.

The new Authority will be financed with the payment by the financial entities of a rate of 250 euros that they will pay for each admitted claim. It is a fee for activity and services so that, in addition to contributing to the financing of the institution, it will encourage entities to resolve claims in advance.

FINES OF UP TO 2% OF THE TURNOVER

The entities must apply the binding resolutions of the authority within 30 days or, otherwise, they may be sanctioned by the same body.

Among the main innovations that have been incorporated into the bill after undergoing a Public Hearing, the expansion of the entities that may be the subject of claims by customers stands out. To the supervised entities, fintech and crypto asset services, consumer loan services are added, regardless of who they are supervised by.

Likewise, the role of the Codes of Good Practices and self-regulation of the financial sector is reinforced, assimilating them to rules of conduct that will be mandatory once signed, and may be the subject of a claim before this institution in case of non-compliance.

In this sense, it is included as an obligation for financial supervisors the preparation and updating of an Annual Compendium of Good Practices and Financial Uses that will be taken into account by the Authority in resolving conflicts.

The type of claims that can be filed is also extended, which may or may not have an economic content, to cover claims, for example, for lack of information or for not opening a basic payment account, as well as for possible breaches of the self-regulation of the financial sector.

When the claim has an economic content, in the resolutions that are binding, the refund of amounts duly collected plus late-payment interest may be determined. For claims without economic content, the possibility of the Authority being able to grant the client compensation of between 100 euros and 2,000 euros, depending on the nature, scope and particular circumstances of the claim, is established.

Likewise, the instruments are reinforced to guarantee financial inclusion through personalized attention, particularly to the elderly, disabled and vulnerable groups who wish to present a claim.

With this objective, a simple and accessible model will be prepared for citizens to detail their claims and that they can present through face-to-face, telephone or telematic channels, the Ministry of Economic Affairs has reported.

In order to favor all possible alternatives for the parties, the possibility is expressly included that they may voluntarily submit, once the procedure has begun, to a conciliation or mediation mechanism, even when the client has already initiated the claim procedure before The authority.

The Financial Client Defense Authority, which will be attached to the Ministry of Economic Affairs and Digital Transformation, will have autonomy and functional independence and will be financed, when its activity is fully operational, through fees collected for admitted claims.

Based on the initial estimate of some 100,000 claims per year, it will have a staff of 250 people, of which 150 will be members who resolve claims and the rest, other administrative and IT staff, according to sources from the Economy. In order to guarantee the homogeneity of criteria in the resolution of claims, the existence of a question of unification of criteria that will be resolved by a special section is foreseen.

At the organizational level, the Authority will have a president and a vice-president who will be appointed by the Council of Ministers for a non-renewable period of six years.

The Authority will have an Advisory Committee, which will be an advisory body and will be made up of the president and vice president of the Authority, in addition to twelve members representing the Council of Consumers and Users, employers in the financial field and representatives of the communities and autonomous cities, as well as by two independent experts, from the academic field, with knowledge in financial matters.

Regarding the temporary cutoff established so that the Authority can resolve the claims, Economy sources explained that, once the Authority is launched, citizens will be able to file claims that have previously gone through the customer service of the entities.

Claims that are already filed in court but have not yet reached trial can be withdrawn and then submitted to the Authority, without a temporary court, as long as the possibility of bringing an action has not expired and the case has not been resolved. by the courts. 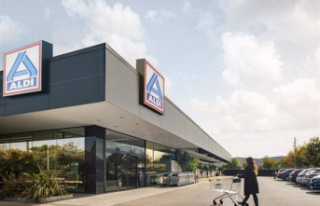