The great F1 circus is back in Montreal

Despite a two-hour delay on the schedule initially planned, the first of eight cargo planes, a Boeing 777 in the colors of the Qatar company, landed Monday afternoon at Mirabel International Airport. 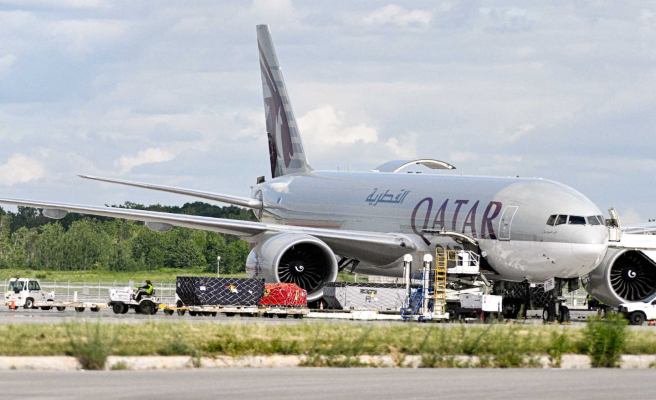 Despite a two-hour delay on the schedule initially planned, the first of eight cargo planes, a Boeing 777 in the colors of the Qatar company, landed Monday afternoon at Mirabel International Airport.

For the first time since 2019, Montreal will vibrate to the rhythm of the Canadian Grand Prix, the most important tourist event in the country.

In total, eight jumbo jets ensure the transport of the imposing equipment required in Formula 1. While four of them come directly from Baku, where the Azerbaijan Grand Prix took place on Sunday, the others have had to stop in either Frankfurt, Germany or Doncaster, England.

Four touched down on Monday, three others will do so on Tuesday and the eighth will arrive on Wednesday a little before noon.

As soon as they arrive, the planes are emptied of their contents and the equipment is then transported by truck to the Gilles-Villeneuve circuit. Each of the 10 stables on the board can bring nearly 50 tons of equipment to Montreal.

The revival of the city center

The enthusiasm for the Canadian Grand Prix is ​​certainly palpable a few days before the first outing of the single-seaters on the track of Île Notre-Dame on Friday afternoon.

Not only will this ninth stage of the World Championship be sold out, but the hotels are showing an occupancy rate never before seen in the greater Montreal area.

“I am happy to see that the Grand Prix will contribute to the revival of the city center, underlined François Dumontier in an interview with the Journal. We realize how much Formula 1 has been missed by the public.

"Installation of the facilities is well underway and everything will be ready in time to welcome the visit," added the President and CEO of the Grand Prix du Canada. Despite the forced break [due to the COVID-19 pandemic], our organization has not lost its touch. »

It is not only Quebec fans who are eager to reconnect with F1, but also people coming from outside the province.

“Despite the restrictions imposed on foreign travelers when tickets went on sale, said Dumontier, this clientele surprisingly increased by 3% compared to 2019.”

He also indicated that about 30% of ticket holders (purchased in 2019) chose to keep them rather than demand a refund.

The news was slow to be confirmed, but the “Open House Day” will indeed take place Thursday from 9:30 a.m. to noon at the Gilles-Villeneuve circuit.

Free of charge, the public will have access to the pit lane to see the cars and mechanics at work up close.

"We were one of the first countries to organize this activity and we have always wanted to maintain this tradition," said Dumontier. But first we had to get the green light from the International Automobile Federation [FIA] to respect the health protocols related to COVID-19. »

This year, the pilots are not required to be present on the site on Thursday, as in past years. If some of them will still be there, autograph hunters will probably not have the chance to approach them.

1 Race Across America: A Human Experience First 2 A beautiful role "fallen from the sky" 3 Oliver Stone will spend a week in Quebec 4 Pamela Ware is still struggling to turn the page 5 Francos: a big party signed Émile Bilodeau 6 An armed and dangerous Gatineau resident wanted by... 7 Canadian women covered in gold at World Under-18 Championship 8 Pope's visit: many Americans will be in Sainte-Anne-de-Beaupré 9 Why is it expensive, "tapping" his motorcycle? 10 Anatomy of the construction site-labyrinth 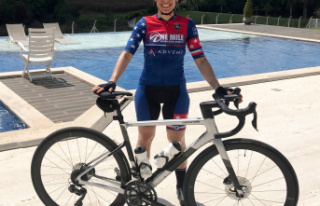