The guardian angels are ready

The Quebec volunteer caregivers who will ensure the safety of the pilots during the Montreal Grand Prix are ready to save lives, after a two-year break forced by the pandemic. 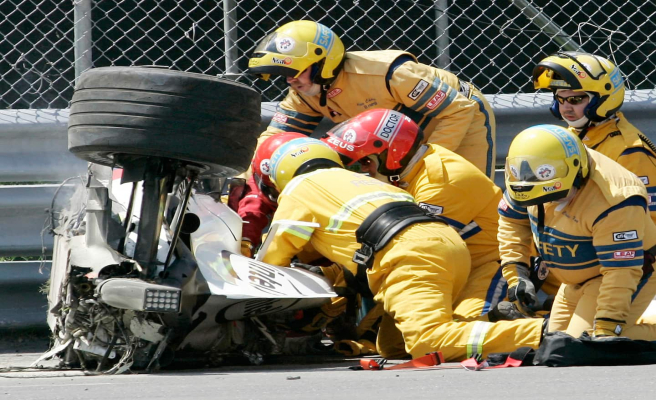 The Quebec volunteer caregivers who will ensure the safety of the pilots during the Montreal Grand Prix are ready to save lives, after a two-year break forced by the pandemic.

"It's been more than thirty years, so we've been used to it. If something happens, the drivers know they have the best team to treat them,” says Dr. Ronald Denis, half of the tandem responsible for the medical coverage of the Gilles-Villeneuve circuit.

With his colleague Doctor Jacques Bouchard, Dr Denis will watch the progress of the race on 32 screens from the control tower – “the best seats! slips the big Formula 1 fan.

In all, 50 doctors, 23 respiratory therapists, 10 nurses and a medical technologist from the Hôpital du Sacré-Coeur de Montréal – all volunteers – will accompany them on the field during the competition.

For them, as for racing drivers, the eventful start of the races is without a doubt the most stressful moment of the weekend.

“This is where disaster can happen. And we know that all eyes will be on us if there is an accident, ”continues Dr. Denis, also director of the Sacred Heart Trauma Center.

If the worst happened, it would be Dr Ian Roberts who would intervene first, a face known to the drivers on the circuit, since he is the medical coordinator of F1 for the 22 events of the season.

Then everything would fall into place. An anesthesiologist and a respiratory therapist aboard a rescue car would disembark to rescue the injured, followed by Dr. Denis and other caregivers.

Without waiting, the pilot would be moved to the runway hospital, then helicoptered in seven minutes to the emergency room of the Sacré-Coeur Hospital if necessary.

Over the Grands Prix, Ronald Denis has witnessed spectacular accidents, including the violent crash at 230 km / h of Pole Robert Kubica in 2007, which raised fears for his life.

“But all he got was a broken ankle! We passed for heroes around the world, but we did nothing, ”jokes the traumatologist.

However, the most tragic event, for him, remains the fatal accident of a volunteer marshal in 2013.

The 38-year-old man was crushed by a telescopic handler carrying a racing car while trying to recover his radio which had fallen to the ground.

"The race was over and more ... I'm talking about it, and I still have chills," laments the co-chief doctor of the Grand Prix of Canada.

Despite the exceptional context surrounding F1, his work hardly differs from the daily life of a traumatologist confronted with road accidents, he adds.

“Of course the drivers go a little faster, but they are much better protected. In the end, we are only moving our work [on the race track], ”says Dr. Denis, inducted into the Canadian Motorsports Hall of Fame in 2017 for his medical involvement.

1 Dangerous medical trips: traveling for surgery faster 2 Amazon becomes title sponsor of the Canadian Grand... 3 RFAQ: participating in economic growth 4 Dangerous medical trips: not the patience to wait... 5 Monkey pox: the spread could be accelerating 6 Ukrainian army says it was driven out of central Severodonetsk 7 European leaders in Israel to discuss energy and Ukraine 8 Today's weather: sunny start to the week in southern... 9 Four dead and one missing in floods in central Turkey 10 Good for Mélenchon, bad for Macron 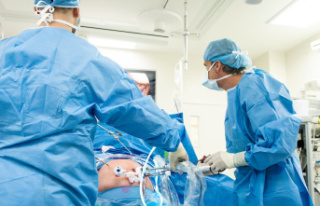