The home mortgage firm records its best October since 2009, with more than 41,000 loans

Fixed-rate mortgages are at a one-year low (66. 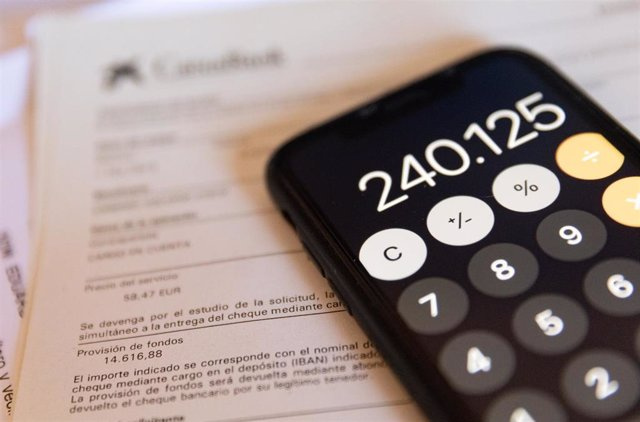 Fixed-rate mortgages are at a one-year low (66.8%) after the rise in interest rates

The number of mortgages constituted on homes increased by 13.5% last October compared to the same month in 2021, to a total of 41,022 loans, the highest figure in an October since 2009, when more than 52,000 mortgages were signed, according to the data released this Thursday by the National Institute of Statistics (INE).

By autonomous communities, those that registered the highest number of mortgages constituted on homes in October 2022 were Andalusia (8,116), Madrid (7,984) and Catalonia (6,692).

Likewise, the regions in which more capital was lent for the constitution of home mortgages were Madrid (1,762.8 million euros), Catalonia (1,121.2 million) and Andalusia (1,010.4 million).

In the first ten months of the year the number of mortgages to buy a home has increased by 12.9%, while the capital lent has risen by 20.2%.

MORTGAGES ON FIXED-RATE HOUSES, IN MINIMUM ONE YEAR

On a month-on-month basis (October over September), home mortgages fell 7%, while capital lent fell 2.8%. In both cases they are their smallest setbacks in a month of October since 2020.

33.2% of mortgages on homes were established last October at a variable rate, while 66.8% were signed at a fixed rate, the lowest percentage since September 2021. The average interest rate at the beginning it was 2.03% for variable-rate home mortgages and 2.74% in the case of fixed-rate ones.

THE TOTAL OF MORTGAGED PROPERTIES RISES 10%

According to data from the statistical agency, the number of mortgages on rural and urban properties (within the latter include homes) increased by 10.3% in October 2022 compared to the same month in 2021, up to a total of 53,809. loans.

The capital of the mortgage loans granted increased by 23.3% in the tenth month of the year, to exceed 8,796.9 million euros, while the average amount of the mortgages constituted on the total number of properties rose by 11.8 % and added 163,485 euros.

THE MORTGAGES THAT CHANGE THE CONDITIONS LOWER

Considering the type of change in the conditions, there were 8,401 novations (or modifications produced with the same financial entity), with an annual decrease of 51.8%.

The Euribor is the rate to which the highest percentage of variable-rate mortgages refer, both before the change (69.3%) and after (42.2%).

After the modification of conditions, the average interest on loans on fixed-rate mortgages fell one point and that of variable-rate mortgages dropped four tenths.

1 The contraction of the GDP of the United Kingdom in... 2 Applus sells its vehicle inspection business in Finland 3 The Ibex 35 wakes up with a rise of 0.11% and maintains... 4 The CNMC fines two gas traders a total of 4.8 million... 5 Micron will cut its workforce by 10% due to the drop... 6 Two senior FTX executives plead guilty for the bankruptcy... 7 Neinor Homes sells a residential complex from its... 8 RELEASE: SOFTSWISS Shares Customer Satisfaction Survey... 9 RELEASE: Investor communication company Pedrosa Richardson... 10 Canal de Isabel II will pay a dividend of 61.7 euros... 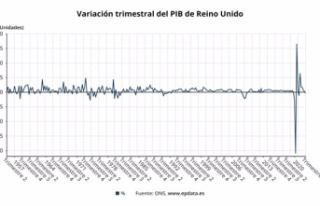 The contraction of the GDP of the United Kingdom in...