The construction company Espirea has been in charge of the comprehensive rehabilitation of the property. 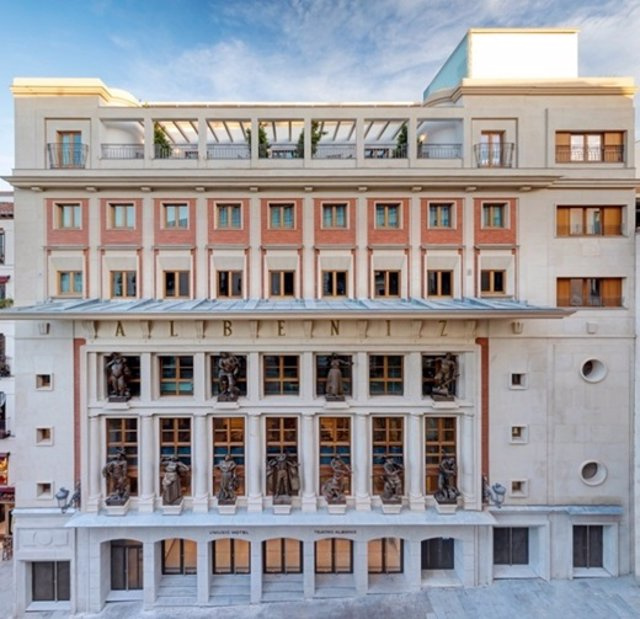 The Hotel-Teatro Albéniz in Madrid will open its doors this Thursday with the musical "Company" by Antonio Banderas, after a comprehensive rehabilitation of more than 21 million euros carried out by the construction company Espirea, contracted by the Socimi Silicius Real State, owner of the property .

The establishment, located in the heart of Madrid, will be operated by UMusic Hotels, a new international hotel brand that combines "the best accommodation and entertainment experience inspired by music", jointly created by Universal Music Group and Dakia Entertainment Hospitality Group.

The new hotel has 130 rooms and has undergone an extensive renovation to transform it into a five-star establishment with a luxury design, with two elegant lobbies, a restaurant bar, an outdoor pool, a rooftop with views of the 'skyline' Madrid, meeting rooms and direct access to the Albéniz theater.

According to Espirea, the main objective of the rehabilitation of both buildings has been to preserve the roots of the property from the mid-20th century, respecting all protected areas.

In this regard, the original façade has been recovered by displaying the sculptures by Ángel Ferrant, which represent different characters from all regions of Spain, thus showing the culture and artistic values ​​of Spain.

The works carried out by Espirea have consisted of the restitution of part of the building, to its original conditions or state, the maintenance of the building in correct conditions of health, habitability, comfort and decoration, strengthening, reinforcement or replacement of damaged elements, among other things. .

Actions have also been carried out in a specific or limited way, on the facades and roofs of the buildings, modifying their exterior configuration without affecting the volume.

The Hotel-Teatro Albéniz was inaugurated in 1945 after being conceived as a complex that unified a theater, a nightclub and a hotel, in addition to the offices and homes necessary for its operation. After more than 60 years in operation, in 2009 it closed its doors.

In 2016, the construction carried out by the architect Manuel Ambrós Escanellas was declared an Asset of Heritage Interest for its architectural and artistic values ​​and for its significance for Spanish and Madrid culture, as well as for the activity carried out throughout its history.

Three years later, Silicius took over the property and added it to his portfolio, thus initiating a rehabilitation project to return it to the market.

1 The issuance of shares in the capital markets in Spain... 2 The debt marks a new all-time high in September, with... 3 The trade deficit is multiplied by four until September... 4 RELEASE: Campiña Digital celebrates twenty years... 5 STATEMENT: SafeBrok inaugurates a new financial center... 6 STATEMENT: The UPC School reinforces its offer of... 7 RELEASE: Less stress to avoid muscle pain and contractures 8 Eurozone inflation climbed in October to a record... 9 STATEMENT: Repara tu Deuda Abogados cancels €25,432... 10 RELEASE: MED-EL presents ideas4ears with a call for... 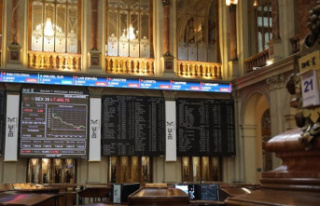 The issuance of shares in the capital markets in Spain...