The weekly rise is 0. 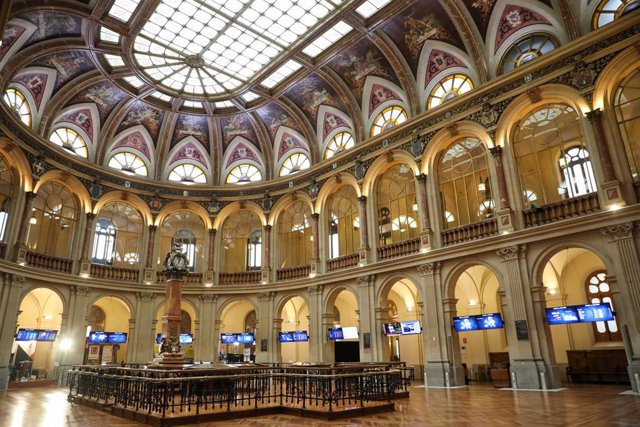 The Ibex 35 has managed to recover the barrier of 7,900 points after recording a weekly advance of 0.33%, despite the volatility caused by the last meeting of the United States Federal Reserve (Fed).

On the negative side, Rovi stood out, with a drop of 13.32%, after presenting an improvement in net profit up to September of 23%, to a total of 123 million euros, and confirming its financial guidance in the high band of its forecasts.

The increases this Friday have been more pronounced for the rest of the European stock markets, which have recorded increases of 2.03% in London, 2.77% in Paris, 2.51% in Frankfurt and 2.54% in Milan.

The environment continues to be marked by high inflation and rate hikes and threatens to lead the economy into a new recession, according to XTB analyst Joaquín Robles.

The president of the United States Federal Reserve (Fed), Jerome Powell, announced in the middle of the week that the Fed had unanimously approved a fourth consecutive increase in the country's interest rates of 75 basic points, until placing them in a range target of between 3.75% and 4%. Likewise, he considered "very premature" to think about a possible pause in interest rate hikes in the country, while pointing out that the price of money still has to go further into restrictive territory.

"The economic data will continue to condition the next decisions, but as of December the pace could moderate. According to the forecasts of the CME Fed Watch tool, the chances of a rise of 50 points in December are 52%, compared to 48% of a 75 basis points", the XTB analyst pointed out.

On the other hand, the Bank of England decided to raise the reference interest rate for its operations by 75 basis points, which will now stand at 3%, its highest level since 2008, in response to the rise in inflation, which will be around 11% in the fourth quarter of the year. This is the most aggressive rise made by the entity since 1989.

This Friday's session has been marked by the presentation of business results and by the publication of the employment report in the United States, which has revealed that the employment rate in the country rose by two tenths in October, to stand at 3 .7%, recovering the levels of August, but still close to the minimum reached before the Covid-19 pandemic.

"U.S. employment data has once again shown great strength despite the unemployment rate rising to 3.7%. Job creation has beaten expectations, as has wage growth rising 4.7% year-on-year", highlighted the XTB analyst.

At the business level, Telefónica has presented this Friday a profit of 1,486 million until September (86% less due to extraordinary minors), exceeding analysts' expectations for its growth in Latin America and its cash generation. For its part, Amadeus recorded a profit of 521.1 million euros in the first nine months of the year, compared to losses of 121.3 million euros recorded in the same period of 2021.

This Friday it was also known that the activity of Spanish companies continued to deteriorate in October, according to the Composite Purchasing Managers Index (PMI), which fell to 48 points from 48.4 the previous month, which is the worst reading of the data since last January, according to S

The deterioration of private sector activity in the eurozone also continued to slow down, as the PMI index fell to 47.3 points from 48.1 the previous month, which represents the worst reading of the data in 23 months.

Finally, the price of the euro against the dollar stood at 0.9908 'greenbacks', while the Spanish risk premium stood at 106 basis points, with the interest required on the ten-year bond at 3.259%.

As they have advanced from XTB, next week will continue to be marked by the inflation outlook, so that the CPI data for the month of October in the United States that will be published on Wednesday could mark the behavior of the stock markets. Inflation data will also be published in Germany and, at the business level, the publication of results will continue. 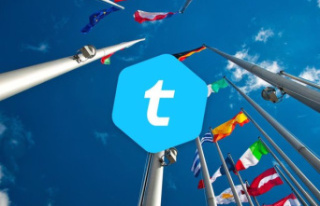 STATEMENT: Telcoin will expand services in the EU