Despite this setback, the Ibex has exhibited the best performance in Europe, behind only the Portuguese PSI and the British FTSE. 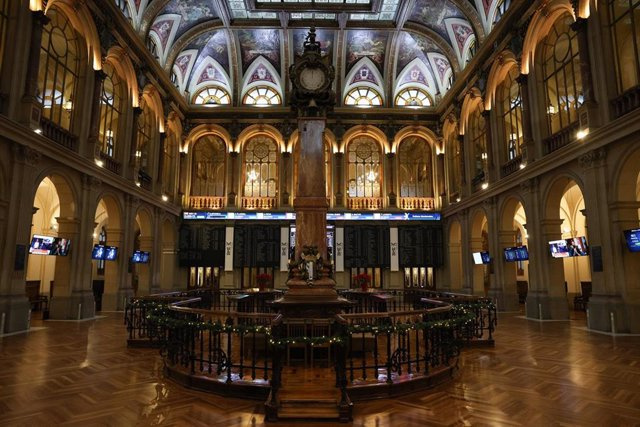 Despite this setback, the Ibex has exhibited the best performance in Europe, behind only the Portuguese PSI and the British FTSE

The Ibex 35 has lost 5.56% of its value in the year and has ended the last session below 8,300 integers, compared to the level of 8,700 points with which it ended last year, in a year marked by the war in Ukraine, inflation and rate hikes by central banks.

The evolution of the selective has been marked by the war in Ukraine, the energy price crisis, high inflation and by the decisions of central banks to reduce the rapid rise in prices.

Despite this decline, the XTB analyst, Darío García, points out that the behavior of the Ibex 35 has been "very positive" compared to the rest of the European and American markets, in such a way that the Spanish index will close as the best stock market. behind the Portuguese PSI and the British FTSE.

The director of Analysis of the Spanish Institute of Analysts, Alfredo Echevarría, also agrees with García when pointing out that the Ibex 35 has "clearly" beaten the two major stock market references, since it has lost only 5.5%, while the Eurostoxx 50 has fallen by around 10% and the S

This situation is produced, according to Echevarría, by a better 'macro' of the Spanish economy, with higher GDP growth and less impact of inflation, as well as a slower recovery of the Ibex 35 compared to pre-pandemic levels than the two selective ones. previously cited.

In addition, the composition of the Madrid index, with a great weight of the banking and defensive sectors, has contributed to a better position among investors in the face of the rise in rates and the risks that have swept over the main economies of the world.

For Echevarría, these factors should continue to benefit the Ibex 35 during the first half of 2023, when the rise in interest rates is expected to continue -a situation favorable to banks- and almost zero economic growth -favorable to defensive sectors- .

On a more general level, Renta 4 analysts point to certain trends and risks that could affect the markets in 2023. Thus, they believe that the tightening of monetary policies will be felt both in economic activity and in business results. In addition, they indicate that factors such as the war in Ukraine, tensions between China and Taiwan, more persistent than expected high inflation or outbreaks of Covid-19 in China that make it difficult to reopen the country should not be lost sight of.

Regarding the evolution of the week, the Ibex 35 has lost 0.48% marked by the few references and by the lower volume of negotiation due to the Christmas festivities. In this regard, García comments that the movements that have occurred in recent days have been led by retail investors "in a search for profitability and positioning" before the start of the year. In addition, he highlights the situation in China regarding the Covid-19, which continues to worry investors.

In raw materials, the XTB analyst highlights the greater volatility in the market due to weather forecasts and frost in the United States, which has put pressure on natural gas until it lost almost 10% in the week. Other energy products such as oil have followed.

Finally, the price of the euro against the dollar stood at 1.0696 'greenbacks', while the Spanish risk premium stood at 107 basis points, with the interest required on the ten-year bond at 3.635%.

For the first week of 2023, investors expect a battery of macroeconomic data, including manufacturing PMIs, the CPI for the world's main economies, the minutes of the latest Federal Reserve meeting, and monthly employment data in the United States.

1 UN calls for respect online in 2023 2 Your cell phone will soon be able to tell you if you... 3 Alex DeBrincat finds his bearings in Ottawa 4 The young Sabers are doing well 5 Sordid murder of four students: a suspect arrested 6 This week on the international stage: a hundred people... 7 Big seizure at the Cowansville penitentiary 8 Chaos at airports: 'It's a federal problem,'... 9 Nothing reassuring at all for Kaiden Guhle 10 NFL player participates in rescue 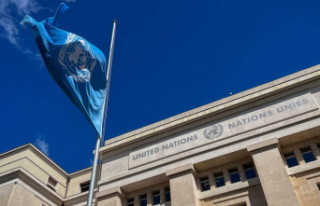 UN calls for respect online in 2023