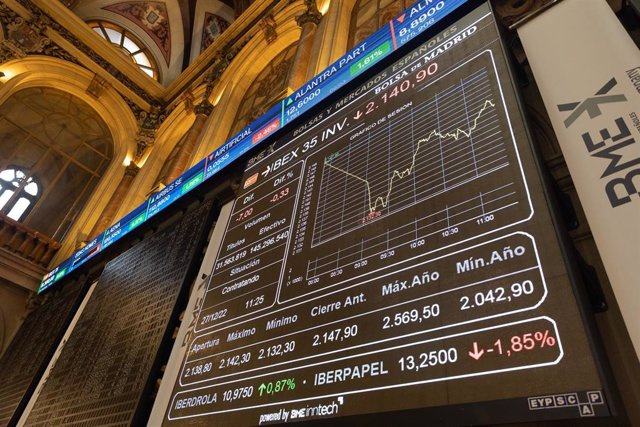 The Ibex 35 has closed this Thursday with an increase of 0.56%, compared to the losses it registered at the opening, ending the day located at 8,607.6 points.

The change in the Ibex occurred on a day marked by the data on the activity of the service sector in China, which contracted again in December for the fourth consecutive month, although it showed signs of improvement, according to the PMI index. .

For its part, Eurostat has reported that the prices of industrial production in the euro zone registered a drop of 0.9% last November compared to the previous month, when they had fallen by 3%, while compared to the same month of 2021 they rose 27.1%.

In the foreign exchange market, the euro has lost strength against the dollar since the mid-session, trading at an intraday minimum of 1.0517 dollars for each euro, from the 1.0617 it had registered. For its part, the Spanish risk premium has rebounded at the close of the market to 105.8 basis points, above the 104 integers on Wednesday, with profitability at 3.354%.

1 Charlie Hebdo website hacked, an open investigation 2 [PHOTOS] They will travel 8000 km in the Pacific...... 3 Faced with long-lasting strikes, the British government... 4 Traces of virus in the brains of deaths with COVID 5 Overflowing emergencies: physiotherapists on the front... 6 Gerard Gallant was looking to shake off Alexis Lafrenière... 7 Molson Cup: Jake Allen is the most deserving 8 Who are the elected officials who are blocking the... 9 RELEASE: TCL Launches Global Campaign 10 RELEASE: Autel Robotics Announces EVO Max 4T Drone... 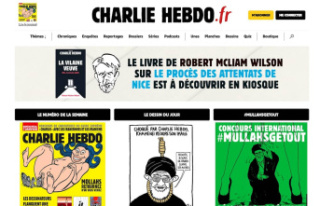