The IMF warns Spain of "weak" growth in the coming quarters, but rules out recession

Defends a temporary reduction in income by workers and companies to face an external 'shock'. 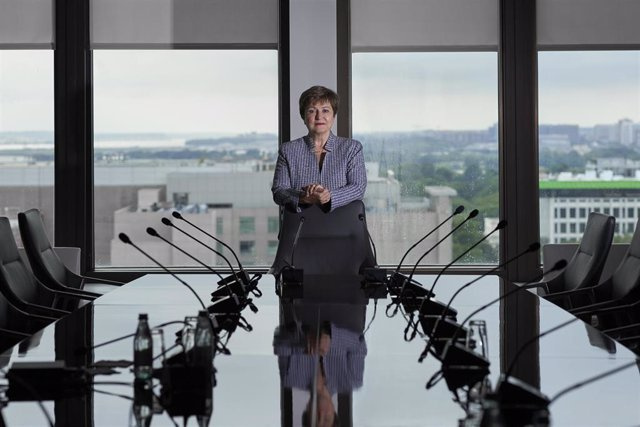 The technicians of the International Monetary Fund (IMF) have completed this Wednesday their annual review of the Spanish economy, known as 'Article IV', and have concluded that the growth of the country's gross domestic product (GDP) will be "relatively weak" in the next quarters, when it could be close to zero at the end of this year and at the beginning of 2023, although they rule out the entry of Spain into a technical recession.

"Growth is expected to be relatively weak in the coming quarters due to weak external demand and deteriorating consumer confidence," the IMF stressed in its conclusions from the country's economic review.

In this sense, the head of the Fund's mission for Spain, Dora Iakova, has confirmed in a meeting with the media that "a technical recession is not expected for Spain", although she has warned that GDP growth is expected "very close to to zero" at the end of 2022 and the beginning of 2023, but with a stable rate of expansion throughout the next year.

"We will have to see how energy prices develop, since there are many uncertainties, but at the moment we do not foresee a technical recession," he assured.

In this sense, the mission of the multilateral organization considers that economic activity in Spain "should pick up in the course of 2023" thanks to the dissipation of supply problems, the recovery of contact-intensive services and the acceleration of investment from the Recovery Plan.

In this sense, although the Fund has determined that the use of European funds "is accelerating" and that is something positive for Spain, it has criticized that there is a "lack of systematic and comprehensive information on the execution, including that in terms of national accounting ". This makes it difficult to assess whether public resources are reaching the real economy.

In terms of GDP, the IMF has revised the expected growth for 2022 to 4.6%. This revision is due to the fact that its latest forecast, published in October, did not take into account the latest available growth data for the second quarter, therefore which were already pessimistic at the time of their publication. For 2023 the forecast has remained unchanged at 1.2%. In this way, Spain will not recover its economic level prior to the pandemic until the beginning of 2024.

The agency has warned that the outlook "is subject to great uncertainty and the risks are mostly downward." The main risks are energy due to the prices of electricity or natural gas, but the IMF has also pointed to a more abrupt slowdown in the world economy than expected or a more pronounced tightening of financial conditions as a result of the rise in rates of interest to the ECB.

Likewise, regarding the evolution of prices, Iakova has expressed her confidence that inflation will moderate next year and has been "reasonably sure" that it will not be double-digit inflation.

At the fiscal level, IMF technicians consider that public debt remains high and a "sustained" consolidation effort is needed. Thus, although the government's response was "very effective" in containing the effects of the pandemic, it was also costly by raising the debt/GDP ratio to 118%.

In this sense, the consolidation of the primary deficit of 0.3 percentage points foreseen in the provisional budget plan for 2023 is "appropriate" for the IMF, although it has warned that its execution is subject to solid income and a lower spending on energy measures.

The IMF considers that an adjustment of 0.6 percentage points per year is necessary from 2024 for Spain to achieve an almost balanced fiscal position by 2030.

In this regard, Iakova recalled that reducing public debt is very important so that the Government can benefit from having the necessary fiscal space to respond to problems with stronger policies. "To be able to do it in the future, first, in good times, you have to reduce the public debt," he defended.

Regarding pensions, the IMF considers that "additional measures" are necessary to counteract the increase in future spending derived from their indexation to inflation. By 2050, the consequence of this measure is to increase pension spending by 3.25% of GDP.

The agency has warned that "only a part" of this increase would be offset by other measures adopted in the first stage of the reform. In addition, the measures adopted in 2022 such as the reform of the contribution system for the self-employed "could have a positive financial effect", but this depends on their design.

The IMF's conclusions also include a warning that the levels and growth rates of labor productivity in Spain have been lower in recent years than in similar economies. The IMF considers this to be due to cross-cutting factors such as the prevalence of SMEs, the high incidence of temporary employment, and skills mismatches in the labor market.

In this sense, the IMF has positively assessed the reform of the vocational training system, as well as the 'Startup Law' and the 'Create and Grow Law'. In addition, it has indicated that "greater efforts" are needed to address the "high number" of regulatory thresholds associated with the size of companies and the differences in regulation between regions.

Regarding employment, the IMF has assessed the labor reforms approved in December 2021 and has indicated that they are "providing positive results in terms of permanent employment growth." However, they have also indicated that it is "too early" to assess its final impact.

"The reform of the labor market is showing some positive results", affirmed the head of the mission for Spain, for whom "it is well designed and focused on the problems", but has reiterated that "we have to see how it works", adding that if It is observed that something is not working, it must be adjusted.

On the other hand, the IMF official has warned that, although it is understandable that they want to maintain people's purchasing power, this is difficult when there is an external 'shock' such as the one related to the rise in the prices of Energy.

In this regard, Iakova has defended that accepting a "temporary reduction" in disposable income "is the best way to address it", so there must be an adjustment by both workers and companies.

1 Garamendi will be the "orchestra director"... 2 The IMF sees "appropriate" that Spain taxes... 3 STATEMENT: UNAVETS receives financing of 116 million... 4 RELEASE: Vilches Abogados recognized as one of the... 5 RELEASE: The best cemeteries in Spain receive their... 6 RELEASE: The new Sonosite LX is already helping to... 7 Ribera describes the gas cap at 275 euros proposed... 8 Spain leads the PPA market in Europe with more than... 9 COMUNICADO: Saudi industrial city giga-project reaches... 10 RELEASE: Four exceptional places in Central America... 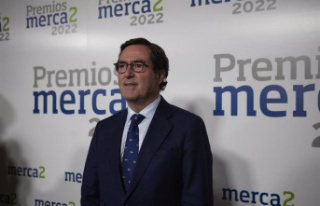 Garamendi will be the "orchestra director"...