The invasion of “Nazi” Ukraine, the culmination of Putin’s rewriting of the national narrative

The "denazification" of Ukraine, a reason cited by Moscow to justify its military offensive, is part of the strategy of rewriting history undertaken by Vladimir Putin to impose a new great national narrative, explains to AFP French historian Nicolas Werth. 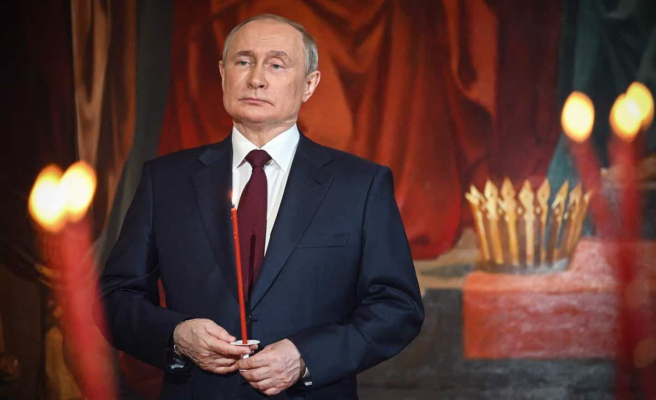 The "denazification" of Ukraine, a reason cited by Moscow to justify its military offensive, is part of the strategy of rewriting history undertaken by Vladimir Putin to impose a new great national narrative, explains to AFP French historian Nicolas Werth.

• Read also – 106th day of war in Ukraine: here are all the latest developments

Rewritten history textbooks, silencing of historical facts deemed inglorious, punitive memorial laws: in ten years, Russian power has considerably tightened its hold on the country's "historical memory", notes this specialist on the Soviet Union at the occasion of the release Thursday in France of his essay "Putin, chief historian" (Gallimard).

"There is a crescendo, all this happened gradually, it is a fundamental movement which shows the hardening of the increasingly authoritarian, even dictatorial regime of Vladimir Putin", underlines Mr. Werth, president of the French branch of Memorial, an NGO specializing in the census of crimes of the Soviet era and dissolved last December by the Russian justice.

"This movement, which has intensified since 2012 and Putin's third term, has accelerated further since Russia entered the war" in Ukraine on February 24 and the muzzling of independent media and NGOs which followed, he continued.

Since the arrival in the Kremlin of Vladimir Putin in 2000, the Russian power has, according to him, multiplied the measures and laws aimed at imposing a new national narrative "ultra-nationalist, deeply anti-Western and anti-European".

"It's a story that puts the great glorious episode of the great patriotic war at the heart of Russian identity", the Second World War, deciphers Mr. Werth. "It is centered around the idea of ​​Russia's military glory, a sort of eternal Russia, which turns its back on Europe, and is extremely hostile to the degenerate values ​​held by the West."

In 2014, at the time of the pro-European movement of Maidan and the annexation - not recognized by the international community - of Crimea by Moscow, this narrative is fleshed out with new rhetoric: Ukraine would be a country dominated "by a bunch of Nazis,” a claim drawing on the far-right nationalist movements existing in the 1930s.

“It is the historical hook that allows Putin to claim that Ukrainians are infected with this virus of Nazism”, notes Mr. Werth. “This very term Ukrainian fascism has become an important part of everyday propaganda found on television, in the media.”

Hammered daily, the new "national novel" finds a certain adhesion with a "disoriented" population after the collapse of the USSR and the failure of the national narrative that Boris Yeltsin tried to put in place in the 90s. , a story that converged “towards Western modernity”.

"The new narrative put in place by Putin responds to a demand from society which is to restore a certain pride to Russia, to the Russian people, in a moment of doubt and reconstruction with a need to anchor oneself in a more positive", notes the historian.

Gradually, this rewriting takes different forms. From 2009, several state institutions responsible for controlling the writing of history emerged and were entrusted to relatives of Mr. Putin.

Among them, the Russian Society of Military History, created in 2012, aims to “inculcate patriotism and counter initiatives aimed at distorting and discrediting military history”.

In the summer of 2020, a new step was taken with the inclusion in the Constitution of an article stipulating that the Russian Federation "protect historical truth".

Memorial laws sanctioning the dissemination of false information on the USSR during the Second World War or which would not respect the “dates of military glory” are promulgated.

At the same time, history textbooks were overhauled and delivered "from 2014-2015 only a single interpretation of the past", notes Mr. Werth, with a part devoted to the mass repressions of the Stalinist era reduced to the skin of sorrow.

This rewriting of history is accompanied by a repression of dissenting voices, which do not conform to the official doxa - a trend described as a "crime against history" by the International Federation for Human Rights (FIDH).

1 Assault on the Capitol: the conclusions on the role... 2 Trumpists still convinced that the 2020 presidential... 3 Denis Shapovalov perd un stop combat 4 Transat A.T. suffers another loss in the second quarter 5 Star host Paul Arcand will leave the radio after his... 6 Frances Haugen: Facebook “does not listen to the... 7 NBA Finals: Stephen Curry is reassuring 8 Narcotics and firearms seized in Grenville-sur-la-Rouge 9 Videotron continues to electrify its fleet 10 Republicans who stood against Trump have become pariahs... 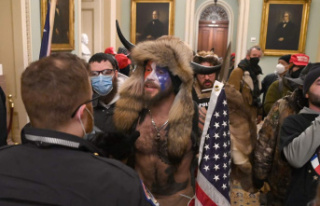 Assault on the Capitol: the conclusions on the role...