The large banks entered 22,400 million for interest margins and commissions until September, 6% more 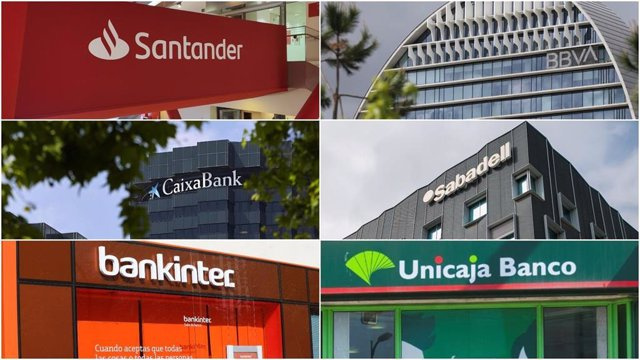 The main Spanish banks entered 22,453 million euros in net interest margins and net commissions in the first nine months, which is 6.01% more than the same period in 2021, according to data compiled by Europa Press.

These are the two items that are expected to be taxed by the new temporary tax proposed by the Government to limit the "extraordinary profits" that entities would be getting from the rise in interest rates. It should be noted that currently, the bill presented in Congress by the two partners of the Executive, PSOE and United We Can, is in the parliamentary process.

If approved in Parliament with the current configuration, the tax would be levied during 2023 and 2024 on the net interest margins and net commissions that entities obtain in Spain at a rate of 4.8%. In addition, it would apply to those banks whose income in Spain exceeds 800 million euros.

This measure, announced at the beginning of July by the Government, caught the sector by surprise, which was quick to charge against it and to defend that the current rate hike being applied by the European Central Bank (ECB) are not 'extraordinary benefits' ', but it is a normalization of the path of interest rates.

Likewise, the sector has argued that its profitability is still below the cost of capital and that this rate hike will allow it to "recover" part of that profitability that it has not been able to obtain due to the ten years of zero rates or negative.

In fact, last week, during the presentation of results for the third quarter, the CEO of Banco Sabadell, César González-Bueno, pointed out that his entity had managed to raise the return on tangible capital (ROTE) to 8% -above of the 6% objective contemplated in the strategic plan that the bank presented in 2021 and that will extend until 2023--, but which, however, remained below the cost of capital, which could make it difficult for banks to finance.

Likewise, some of the main Spanish banks have protested against the scale of 800 million euros in turnover to apply the measure, something that they consider distorts competition, as stated by the CEO of CaixaBank, Gonzalo Gortázar, in an interview conducted by KPMG Trends.

However, González-Bueno himself acknowledged that he expected the tax to be approved in Parliament and also defended that it be applied to all entities, without making distinctions by billing scales.

In July, Scope Ratings reported that CaixaBank would be the bank that would receive the greatest impact on its accounts, with more than 400 million euros in 2023, followed by Santander, with 300 million, BBVA (250 million euros) and Sabadell (slightly less). of 200 million euros).

Santander entered Spain around 5,300 million euros for margins and commissions, 2.0% more, while BBVA recorded 2.3% more for these two concepts during the first nine months of the year, up to 4,330 million euros .

Sabadell has obtained 3.1% more, up to 2,890 million euros. For its part, Bankinter has recorded 1,518 million euros for interest margins and net commissions, 8.6% more, although those obtained in all the group's geographies are recorded, and not only in Spain.

Finally, Unicaja Banco has entered 1,159 million euros through net interest margins and net commissions, which represents an increase of 0.9%.

The Government announced this tax as part of a plan to mitigate the effects of high inflation on the population. Among the arguments for promoting this new tax, the Executive has reiterated on several occasions that the entities would be benefiting from the increases in interest rates, while it has asked the sector for "responsibility" with the country, after having indicated that the way out of the previous economic crisis involved the 'rescue' of the banking system.

"What the PP did in the Government was to deliver everyone's money to the bank, up to 60,000 million euros. On this occasion, what the Government asks the bank is that it be responsible with the country and that, in a time of rate increases and, therefore, benefits, contribute to this effort so that we can make a fairer redistribution of charges and improve the lives of Spaniards", assured the Government spokesperson and Minister of Territorial Policy, Isabel Rodríguez . 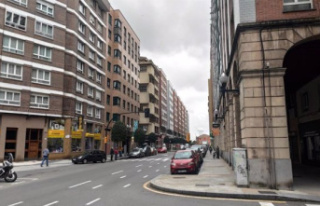 The naked property can offer more than 60% of the...