The machinery is activated in La Baie

The evacuees of the La Baie landslide can finally start the countdown. 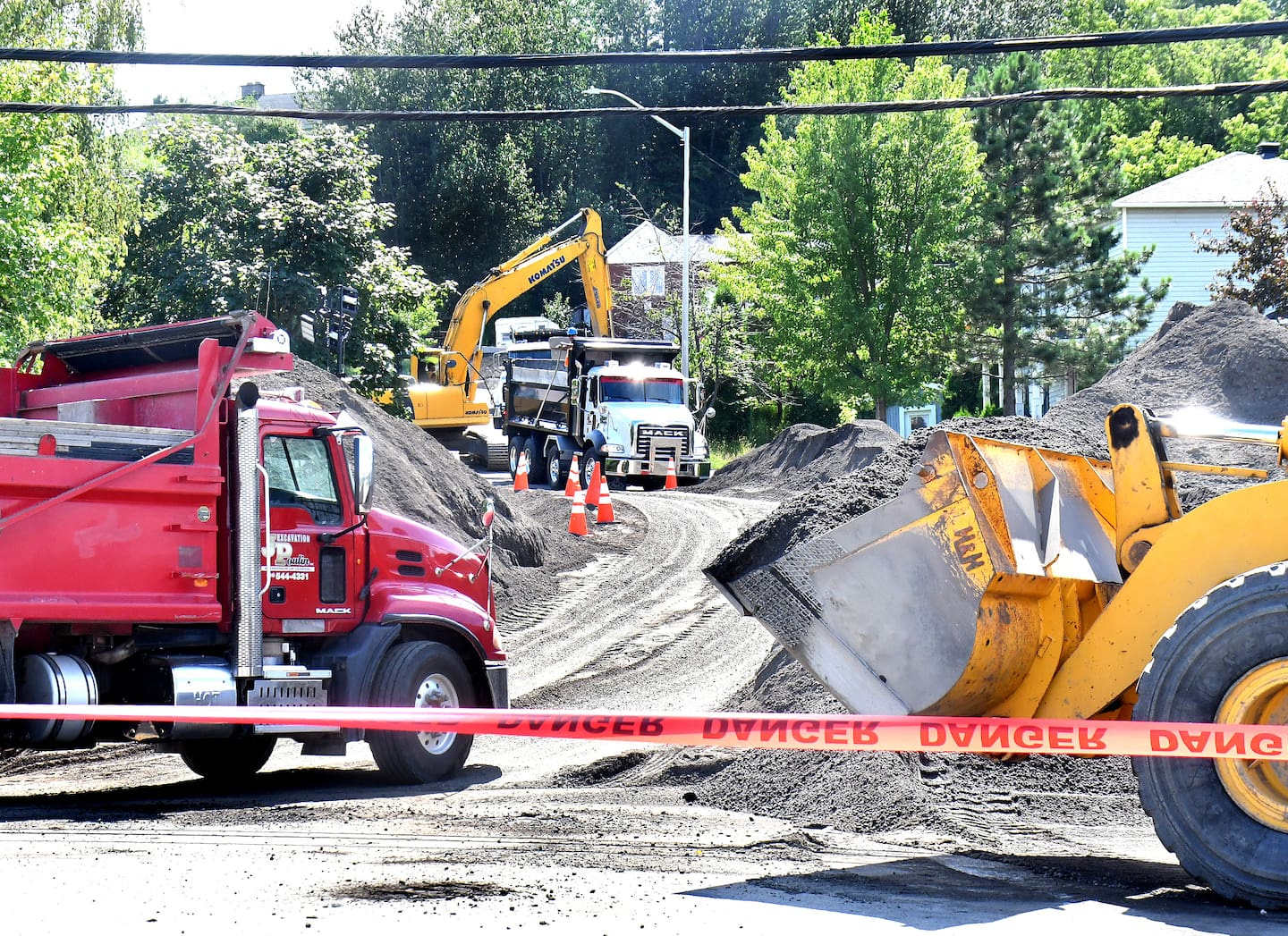 The evacuees of the La Baie landslide can finally start the countdown. With the stabilization works finally starting today, they should be able to return to their homes in the last half of October.

• Read also: Landslide in Saguenay: work is delayed due to an insurance problem

The contractor, Excavation J. Poulin, had difficulty obtaining insurance coverage. With the help of the City of Saguenay's supply division, the file was finally settled last week.

The problem would ultimately not have a big impact. “We are talking about just a few days late,” said Dominic Arseneau, from the communications department of the City of Saguenay.

The first evacuations in La Baie took place on April 26. The situation escalated on June 13 with a major landslide that destroyed a house.

At the height of the crisis, 76 residences were inside the security perimeter. Currently 62 residences are still evacuated, which affects 165 people.

Machinery was busy Monday breaking through one of the dikes and moving concrete blocks at the bottom of the slope that had been installed to contain new ground movement.

"It's to make an access road that will allow the mechanical shovel and trucks to climb up (the slope) when the excavation will start in two or three days," explains Mr. Arseneau.

The operation consists of creating two levels on one side and three on the other, to gradually soften the slope and thus remove any risk in the future.

“Once the landings have been dug, drainage mats of rock will be installed to prevent the accumulation of water, continues Mr. Arseneau. The revegetation will ensure that once the greenery returns, we will no longer see the landings.

To prevent the prediction from materializing with serious consequences, a layer of soil 4 m deep over a length of 110 m will be gradually removed.

“This will eliminate the risk of a large landslide which could create a large clay flow and wash out the entire neighborhood. There could still be ground movements afterwards, but the energy would not be sufficient to liquefy the sensitive clay in the basement, ”says Mr. Arseneau.

The operation that will secure the embankment should be completed “in the first weeks” of the site.

Safety also explains why there will only be about five workers on duty at the same time. “It is a particular construction site which presents risks, so attendance is limited to a minimum”, specifies the representative of Saguenay.

This explains in particular that the work will take 10 to 12 weeks. But as soon as sectors are secured, residents will be able to recover certain personal effects.

Not all residents will be able to return to their homes since five houses will be destroyed and the fate of two others is still pending.

Finally, with 26,000 m3 of soil to move, residents of the area will have to get used to seeing around 50 trucks pass by per day, “sometimes a little more”, warns Mr. Arseneau.

Not all the evacuees were enthusiastic after the first shovels this morning to stabilize the embankment at the Bay, some regretting that the work will continue until October.

"It is too long. We are not very satisfied because they added time to the work without telling us. During the meeting (June 22) they told us a maximum of 10 weeks with the waiting time for the work and they were talking about a six-week work period, ”plague Stéphanie Tremblay.

Denis Demers, from the Land Movements section of the MTQ, had then estimated the work phase at about eight weeks “once the shovels are up”. The timeframe is now 10-12 weeks away, and the shovel should be at the top on Wednesday at the latest.

And for Ms. Tremblay, who is due to give birth to her fourth child in early November, this additional delay obviously complicates things. "We don't expect to return home as soon as the work is finished," she said.

“I won't tell you what I think because I'm discouraged with how it was handled. It should have been started for a month, ”lamented Gilles Fortin.

Guy Portelance shares his opinion. "It's way too late. It should have started a month ago,” he said.

“While waiting, we could not go home. We had to buy everything for the kitchen. The geologist said (at the June 22 meeting) that there was no danger where we lived. They won't touch where we are. We do not understand that we are not at home. We are in a small apartment, we do not take advantage of what we have in our house. We are really frus, ”says his wife Denise Lessard.

“He said there was almost no risk of it slipping back. I don't understand anything anymore,” admits Mr. Portelance.

- April 11: a crack in the ground is reported to the City of Saguenay. The snow complicates the analysis of the situation.

- April 26: the MTQ recommends the installation of a security perimeter. Six residences are evacuated.

-June 13: a landslide sweeps away a house that had been evacuated, 17 other residences are evacuated.

-June 19: the MTQ widens the security perimeter, 53 houses must be evacuated urgently, bringing the total to 76. Dykes are built.

- June 22: the MTQ and the City of Saguenay explain to citizens the operation that will allow the majority of them to return to their homes. This is to soften the slope. Five houses will certainly have to be destroyed. The fate of two others is still pending.

- June 29: end of the relocation operation for evacuees looking for temporary accommodation, no one is staying at the hotel.

- June 30: the dykes are reinforced with concrete blocks, the security perimeter is reduced, around fifteen houses can be reintegrated.

-July 26: Saguenay announces that it is helping the contractor in charge of the work who cannot find an insurer.

1 Tyson Philpot has become indispensable to the Alouettes 2 US kills al-Qaeda leader Ayman al-Zawahiri 3 Sept-Îles: series of misdeeds at Lac des Rapides,... 4 HIV testing will be more accessible in Canada 5 Back to normal for Mont-Joli airport 6 Iguanas that disappeared a century ago are breeding... 7 NHL: John Klingberg has not said his last word 8 MLB: Yankees take big hit in trade market 9 Sanctions weigh heavily on Russian economy, Yale study... 10 Snow cannons to fight a forest fire 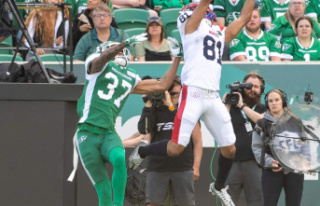 Tyson Philpot has become indispensable to the Alouettes