The new check for 200 euros can only be requested for a month and a half, from February 15 to March 31

Beneficiaries of the Minimum Vital Income or any pension will not be able to access the 200-euro check from the Government. Potential beneficiaries of the new aid of 200 euros that the Government approved yesterday will only be able to request the check between February 15 and March 31, 2023, so they will only have a month and a half to make the request, according to the royal decree-law published in the Official State Gazette (BOE) this Wednesday.

In addition, they must do so at the electronic headquarters of the State Tax Administration Agency, filling in the electronic form that will be available to them within that period.

The rule specifies that beneficiary households of the Minimum Vital Income (IMV) or some type of pension will not be able to access the 200-euro check, approved to "alleviate situations of economic vulnerability not covered by other benefits of a social nature", such as those before mentioned.

In the text, collected by Europa Press, it is thus specified that those who collect the IMV or those who receive pensions paid by the General Regime and the special Social Security Regimes or by the Passive Class Regime of the Condition.

In the same way, individual beneficiaries are excluded from the right to this aid, regardless of the valuation of net worth, when, during 2022, they were legal administrators of a commercial company that had not ceased its activity as of December 31, 2022 , or were holders of securities representing the participation in own funds of a mercantile company that are not traded on organized markets.

On the contrary, the decree indicates that this aid of 200 euros is directed to those who have been salaried, self-employed or unemployed in 2022, who have a maximum income -27,000 euros per year--, and joint assets -of 75,000 euros -- depending on the coexistence at home. In the latter case, it is calculated discounting the main residence, if it is owned by the beneficiaries.

In addition, this computation of income and equity will be carried out on December 31. In the case of marriage or domestic partnership, it will be the joint calculation, as well as that of minors and ascendants residing in the same household. To be a beneficiary, you must also have habitual residence in Spain on December 31.

The form at the electronic headquarters of the Tax Agency must necessarily include the bank account of the holder of the application in which the payment is to be made, since these 200 euros will be received by bank transfer in a single payment.

The decree also specifies that in the event that the application is rejected, the applicant will be notified of a proposal for a refusal resolution, in which the necessary data will be indicated to consult the reasons for the refusal at the Agency's electronic headquarters. tax Then, the applicant will have a period of 10 days, counting from the day following the notification of the denial resolution proposal, to allege and present the documents and supporting documents that he considers pertinent.

As explained by the Executive, after a period of one month, counting from the day following the notification of the aforementioned proposal, without the presentation of allegations, documents or supporting documents, the procedure will end in the terms of the refusal proposal, without the need for an express resolution from the Administration. And, after the period of three months from the end of the deadline for submitting the application without having made the payment or having notified a proposal for a refusal resolution, the application may be understood to have been rejected.

Against this presumed dismissal, an appeal for reinstatement and an economic-administrative claim may be filed, under the terms provided in the General Tax Law.

1 The Government will resume the negotiation of the... 2 Singer Linda de Suza has died aged 74 in France 3 Germany: Appeal by a recently sentenced ex-Nazi camp... 4 China: First authorizations for foreign video games... 5 Musician Jo Mersa Marley, grandson of Bob Marley,... 6 Covid: Hong Kong calls on Japan to roll back 'early'... 7 Pope announces that Benedict XVI is “seriously ill”... 8 Nearly 20,000 customers still have no electricity 9 Firsts and historic moments in 2022 10 Díaz, on the drop in VAT on some foods: "It... 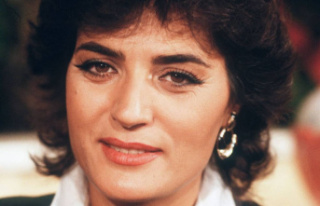 The Government will resume the negotiation of the...