Sánchez defends himself by bragging that Spain is the second country in the EU that is most advanced and the only one that has received a second disbursement. 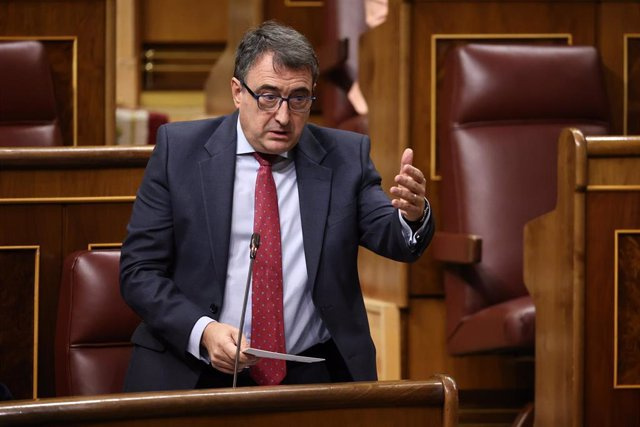 The parliamentary spokesman for the PNV, Aitor Esteban, has criticized the lack of agility in the management of European funds by the Government, accusing that there is "slowness and a certain chaos" in the deployment of resources, for which he has urged the Executive to "get the batteries" in this regard.

"There is a feeling that a plan is missing, nobody has a picture of this situation, get your act together," Esteban snapped at President Pedro Sánchez, denouncing that the funds do not arrive or do so very slowly.

According to the PNV spokesman, the 2023 Budgets base their growth on the execution of said funds, so if they are not executed correctly, "there will be no growth." "His own data from him tells us that of what was committed, only 45.6% this year has been recognized, which does not even mean that it is executed," he pointed out.

Thus, Esteban has pointed out that of the 11 PERTEs there have only been five calls. The deputy has especially highlighted the automobile, which in his opinion is "for reflection", given that it has been awarded in "minimum" percentages and the companies speak "possibly of resigning".

In addition, the nationalist leader has accused the Government of leaving the citizens of Euskadi "marginalized" in the execution of European funds, in reference to the contests published for the security and conservation of high-capacity roads of the State.

Esteban explained that these competitions have only been called for state roads, when in Euskadi the ownership of the roads belongs to the autonomous community. "They have marginalized more than 2.5 million citizens who apparently are not Europeans," Esteban has disfigured, preferring to understand it "as a mistake" and not as something deliberate on the part of the Government.

The deputy has framed this criticism in the "obvious design errors" in the PERTEs, especially due to their "too much rigidity", which prevents, in his opinion, the development and more effective application of these funds by the autonomous communities and other times "they even ignore and marginalize part of the population."

In his reply, the President of the Government, Pedro Sánchez, highlighted that Spain is the first country where the second disbursement of the funds has arrived, 45% of the transfers that correspond to Spain between now and 2026.

Likewise, Sánchez highlighted the 11 PERTEs framed in these funds, as well as the fact that Spain is the most advanced country of the 27 Member States and the only country with the second disbursement, more than 30,000 million euros, which represents 45% of the transfers that correspond to Spain until 2026. All this, says Sánchez, "is helping to stop the economic slowdown".

In the case of the connected electric vehicle, he added, four tractor projects have been granted in the Basque Country, led by companies established in the region, with more than 235 million in aid that will ensure the transformation of the productive node.

It has also highlighted other macroeconomic data such as the more than 20.5 million affiliated with Social Security, a growth of over 4%, of which almost 2 points have to do with the execution and deployment of European funds .

Finally, he recognized and thanked the Basque Country for its role in processing the PGE, which in his opinion "is the most important instrument for the deployment of European funds next year".

1 Díaz accuses Vox "of being more of the vertical... 2 Virgin Media O2 (Telefónica) multiplies its profit... 3 ANNOUNCEMENT: TINECO ADDRESSES CARPET DIRT WITH THE... 4 ANNOUNCEMENT: The 'Toy and Old Paper Market'... 5 COMMUNICATION: Success of 'Samaniego in wine'... 6 Maroto defends his management of the Perte VEC and... 7 Treasury reiterates that the pension system "is... 8 Volvo Cars sold 6.9% more in October, but accumulates... 9 The central government forecasts the recovery of tourism... 10 The Government does not see the tourist tax "so... 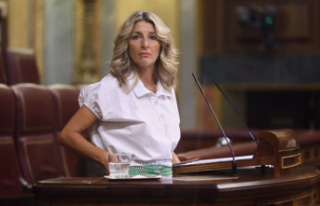 Díaz accuses Vox "of being more of the vertical...