Bravo proposes for two years a deduction of up to 750 euros on mortgages already signed for rents of 40,000 euros, expandable to 60,000. 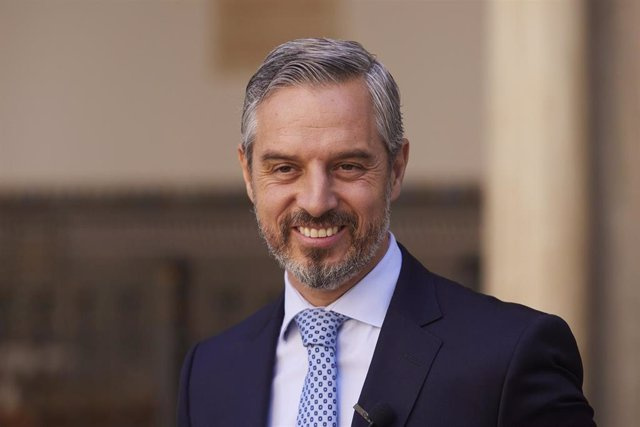 Bravo proposes for two years a deduction of up to 750 euros on mortgages already signed for rents of 40,000 euros, expandable to 60,000

The Deputy Secretary of Economy of the PP, Juan Bravo, has proposed this Monday some more measures to help families in the face of the rise in interest rates, such as extending the life of mortgages a few more months to lower the fee or adapt the Code of Good Practices promoted in 2012 by the Executive of Mariano Rajoy.

These measures are added to the two already announced a few days ago in Guadalajara by the leader of the PP, Alberto Núñez Feijóo: recover the tax deduction for the acquisition of a habitual residence temporarily, for two years; and create a fund with contributions from banks and the State that can help "the most needy families."

To apply this measure related to tax deduction, the 'popular' set the threshold at 40,000 euros, as they already included in their tax proposal last April, but they are willing to gradually raise it to 60,000 euros, in line with what some socialist 'barons' have been proposing in their autonomies.

"IMPROVE" THE CODE OF GOOD PRACTICES

After pointing out that families have "difficulties" with the rise in interest rates, Bravo recalled what the Rajoy government did in 2012 to "help the most vulnerable incomes at that time with three ways": debt restructuring to those who were having the worst time; possibility of a debt relief for families; or dation in payment so that the debtor does not owe more than the value of the home, once it has been delivered.

"The vast majority of financial institutions voluntarily adhered to this code and it is a successful formula that has already existed that allowed us to help many families, not lose their home and be able to pay for it," he said, adding that this code is an "important figure" at this time "without prejudice to the possibility of expanding, improving or reforming some of the criteria" agreed upon at the time.

In addition, Bravo has proposed that those mortgages that have a variable interest can extend their life so that the installment to be paid after the review of interest rates is lower. "A mortgage of 180,000 euros over 25 years that had a fee of 620 euros and that as a result of the review could go to 887 euros, the option we propose is to leave that at an intermediate point so that families can support the increase in the rise", he explained, to add that it would be a question of lengthening "four, five or six months the mortgage".

The head of Economy of the PP has also defended the proposal to "rehabilitate" the tax deduction for housing that Feijóo anticipated a few days ago. As he explained, they want this measure mainly "to have an effect on interest" and is added to their measures on deflation of personal income tax and lowering VAT on electricity and gas or lowering VAT on the shopping cart.

Bravo has limited this tax deduction measure to the year 2023 and 2024 and would have a "maximum base limit of 5,000 euros" that "would allow a deduction of 750 euros" per family and home. "That would give a very important help to the families that are bearing the interest rates", she has indicated.

As he has added, this deduction for the purchase of housing for mortgages already signed would reach incomes of "up to 40,000 euros", although he has indicated that since there are Autonomous Communities that have set their limit at 50,000 or 60,000 euros, they are willing to "shuffle" apply this deduction but to a lesser extent, gradually reducing it.

As he has reiterated, it would be calculated on 5% of the capital, 15% of the interest with a base limit of 5,000 euros, which represents a maximum deduction of 750 euros per family and home.

In addition, he has proposed a "negative tax" for those who do not have a sufficient quota, so that "they can receive aid directly." In this way, the lowest incomes would have this type of direct help.

Bravo has also advocated helping businesses. "That is why we propose the possibility of increasing or multiplying by two the accelerated depreciation that they may have on those properties that are intended for activity, have a mortgage and have had these costs, provided they are linked to maintaining employment," he added.

CREATION OF A FUND

In addition, the deputy secretary of Economy of the PP has defended his proposal to create a fund that is participated by the bank and the State to help those families who cannot afford to pay the mortgage.

As summarized, the PP's proposal on mortgages revolves around four pillars: the Code of Good Practices contained in Royal Decree Law 6/2012; the possibility of lengthening the useful life of mortgages, allowing the installment to be paid each month to be reduced; tax deduction for home purchase; and creation of that fund created by the Government and participated by financial entities.

When asked if the PP has contacted the financial entities to present their proposal to create this fund, Bravo has indicated that the measures they have proposed "have tried to share them with some entities to see if they are adequate."

In this sense, he highlighted the consensus reached in 2012 and underlined that this is the way forward. In addition, he has pointed out that if extraordinary benefits are being produced, one should "help those who are having the worst time." "I think that no one disputes that objective," he emphasized, to throw Pedro Sánchez's government in the face of looking for "those responsible between good and bad."

Bravo has indicated that the Government continue with an extraordinary collection of 28,000 million euros from taxes, while Spanish families are going through a moment of "enormous difficulty" and the Executive continues without making an effort to help citizens. "If we take the collection of the year 19 with the foreseeable one of the year 23, the Spaniards and the companies will have paid 70,000 million euros more", she has asserted. 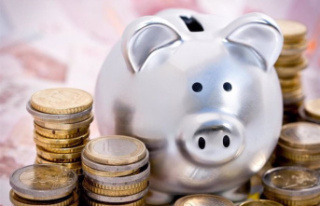 The income of Spanish families fell by more than 1%...